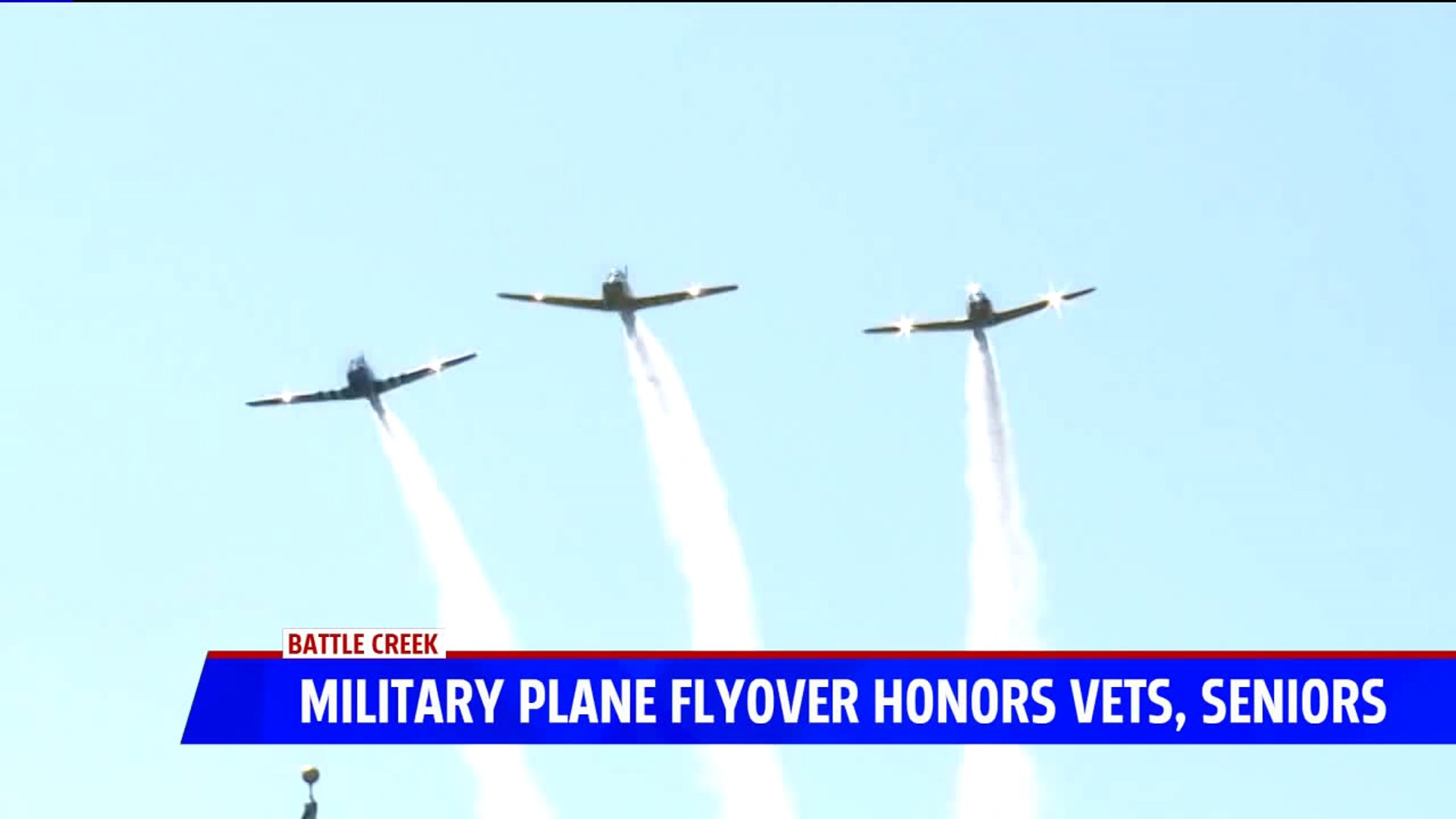 Special flyover for a special group of senior veterans

BATTLE CREEK, Mich. — Col. Frank Walker has been putting on Veteran’s Day programs at Ganton Senior Communities for years, he said. He speaks to the crowd of seniors and dines with them too.

However last year when he found out that many of them couldn’t leave the facility to attend local military events, he decided to create one just for them.

“I called my good friends from Hooligans, a couple of pilots I know, and I said 'let's go have a flyover',” said Col. Walker, a U.S. Air Force veteran. “So last year, we just sort of did it.”

Thursday, they did it again. He invited the residents at Ganton, and at nearby Lakeview Assisted Living and Heritage Assisted Living, to attend a special event.

“It’s just nice to be here in a group and be recognized,” said Master Sgt. Dwight Hitchcock, an Air Force veteran.

Three T-34s soared through the sky around 12:30 p.m. They did a few tricks in the air while God Bless America played on the speakers.

“I think it's great. I mean, the way that they’re honoring us is kind of overwhelming to me,” said Sgt. Ralph Dodge who served with the Marines in World War II. “I appreciate it.”

The veterans’ loved ones watched as well. Col. Walker said it was important to have them attend too because they sacrificed as well.

“We got to let these folks know that they are not forgotten and in the military we live that way,” he said. “Not a veteran should ever be forgotten. They’re in the twilight of their life. We still got to come to them and let them know that we care.”