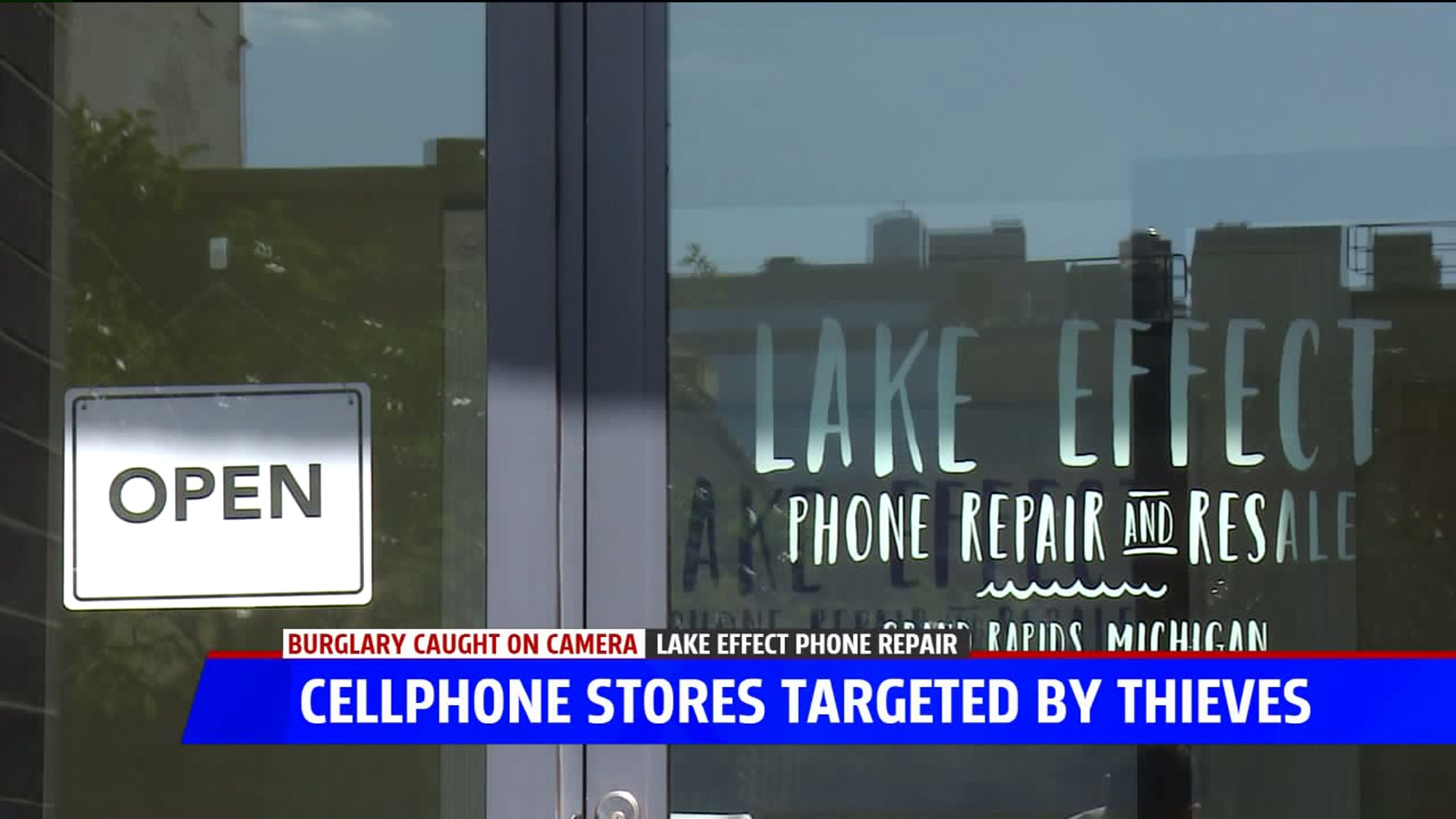 GRAND RAPIDS, Mich. -- Thieves smashed their way into a store early Thursday morning and took off with thousands of dollars in cellphones and other electronics.

Lake Effect Phone Repair is the latest of several Grand Rapids cellphone stores that have been burglarized in the past couple weeks.

"That’s the thing that’s scary, they knew what they were doing. They went in immediately and went right to the cases, they smashed the cases, they didn’t look at my register," Lake Effect Phone Repair Owner Zackry O'Brien, said.

"Ran in, smashed two of the cases, the top glass, grabbed as many devices as they could hold in their hands and as soon as they filled up their hands they just came right back out of the window got into cars apparently and drove off," O'Brien, explained.

The burglary took less than a minute.

"It looked like they knew what they were doing, no doubt," O'Brien, added.

O’Brien has had the store on Commerce Avenue for about two years.

"There’s really nothing I could do, I took every precaution I thought was necessary. The police station is literally within eyesight and being so busy down here , it never really crossed my mind that it would be something that happens," O'Brien, said.

O’Brien does plan on upping his surveillance system.

He was able to open back up on Thursday, though with thousands of dollars less in inventory.

"Couple thousand dollars for sure and I’m doing the all the estimates as we go and assessing all the damage," O'Brien, said.

Anyone with information about this or the other burglaries is asked to contact Grand Rapids Police or Silent Observer at 616-774-2345.