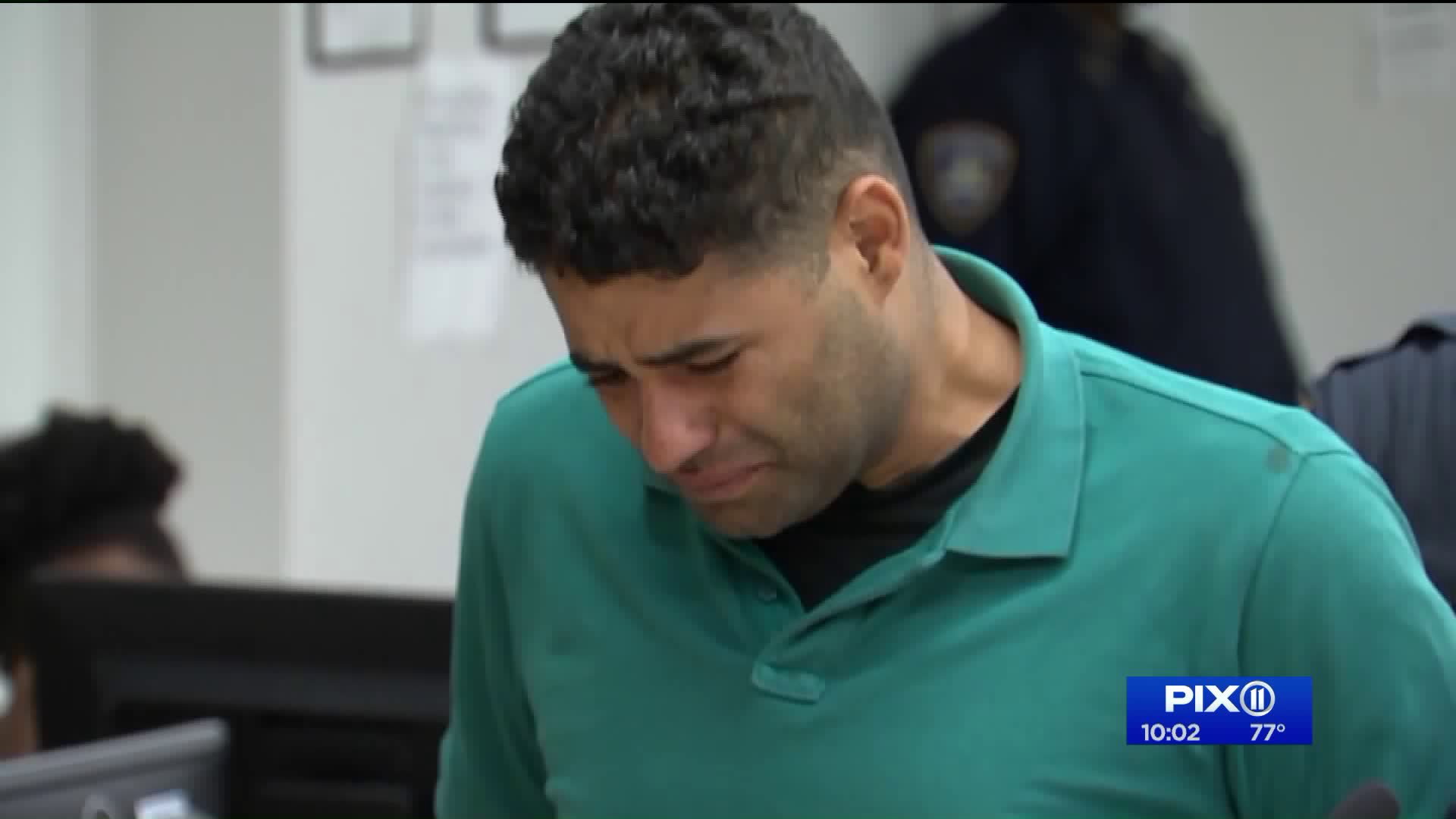 Today the father of twins that died in his car faced a judge, charged with criminally negligent homicide. But friends and family say it was all an honest mistake. Rob Hoell reports.

BRONX — Juan Rodriguez, the father of 1-year-old twins who were left in a sweltering car while he did his eight-hour shift at work, was talking to his wife on the phone as he left the VA Hospital last Friday.

Phoenix and Luna Rodriguez are seen in a photo posted to Facebook before their deaths on July 26, 2019.

“He made a phone call as he was leaving the hospital,” a law enforcement source told WPIX, “asking his wife to pick up the kids at day care. He was supposed to pick up a uniform for his reserve duty. He truly believed they were at the day care.”

When the 39-year-old dad made the left turn out of the hospital parking lot onto Kingsbridge Road, he drove two blocks and that’s when “he saw the seats in the back,” according to the source.

The car seats were “rear facing.”

Rodriguez normally would have carried his 1-year-old son, Phoenix, and daughter, Luna, in their car seats into the day care.

He instantly realized he had made a terrible mistake.

The father jumped out of the car, finding the lifeless bodies of Phoenix and Luna, foaming at the mouth and still strapped in their car seats.

“I blanked out,” Rodriguez screamed on the street, as nearby pedestrians called 911. “I killed my babies.”

“They were dead for quite some time, at that point,” the source said. It was later revealed the internal body temperature of both babies was 108 degrees Fahrenheit.

Toxicology tests were also performed on both children, to see if they ingested any toxic substance, and results are not expected for a couple of weeks.

But investigators are inclined to believe this was a terrible tragedy.

“Everybody talked highly of him,” the source said, “at work, the neighbors, his ex-wife. His ex-wife said he’s a great father to their children.”

Rodriguez also has a 4-year-old son with his current wife, Marissa, who is the mother of the deceased twins.

Phoenix and Luna had just celebrated their 1st birthday on July 9, and their parents threw a big party for them, complete with a bouncy house.

Marissa Rodriguez put out a statement Sunday night saying, in part, “I still love my husband .This was a horrific accident and I need him by my side to go through this together. Luna and Phoenix will always live in our hearts and memories and we are working hard to come to terms with what has happened.”

Juan Rodriguez is a military reservist who told law enforcement he had done a tour in Kuwait and Iraq.

“He counsels guys who come back,” the source noted about Rodriguez’ work at the VA hospital.

Rodriguez himself was apparently not taking any medication at the time of the tragedy.

Rodriguez’ family was able to post $100,000 bail, so he’s awaiting his next court date at home in New City, Rockland County.

Once the toxicology testing is done, a grand jury will consider the charges he is facing — second-degree manslaughter and criminally negligent homicide.

Rodriguez has pleaded not guilty.