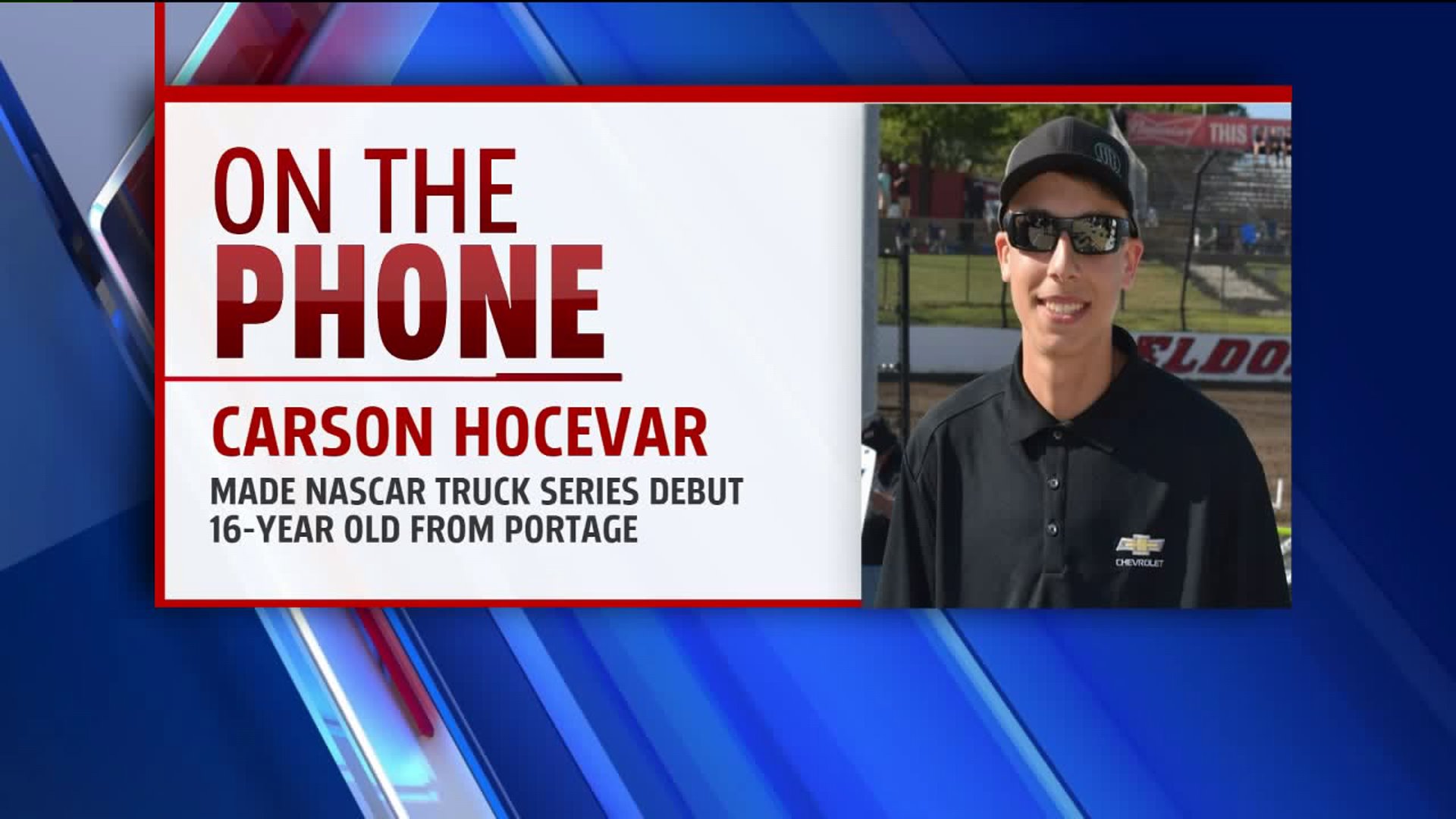 ROSSBURG, Ohio -- At seven years old, Carson Hocevar was racing competitively. At age fourteen, he was a track champion in the Super Late Models series at Berlin Raceway. Now, at age sixteen, he can say he's made his debut in a NASCAR series. Hocevar received an opportunity to compete in the prestigious Dirt Derby at Eldora Speedway in Ohio on Thursday evening. Racing the No. 3 Chevrolet Silverado, Hocevar impressed during heat races but was caught up in two crashes during the feature, leaving him to finish 25th in the race. Despite that, Hocevar actually ran in the top ten in the field in terms of speed and he's simply proud of making his debut.

"It's so cool," Hocevar said, "it's like having your first race be the Daytona 500. The Dirt Derby is the Daytona 500 pretty much of the truck series, to be able to do that for my debut was such a cool experience."

The 16-year old is enrolled in online classes at Gull Lake high school and is well on his way to making a big name for himself in racing.

"The age doesn't hit me that hard, I'm just out there to race, I've gotten used to being young and that's what it takes to go through this sport," Hocevar added.

Hocevar will race in the Kalamazoo Klash at Kalamazoo Speedway on Wednesday evening.