Cedar Springs looks to reload after best season since 2000 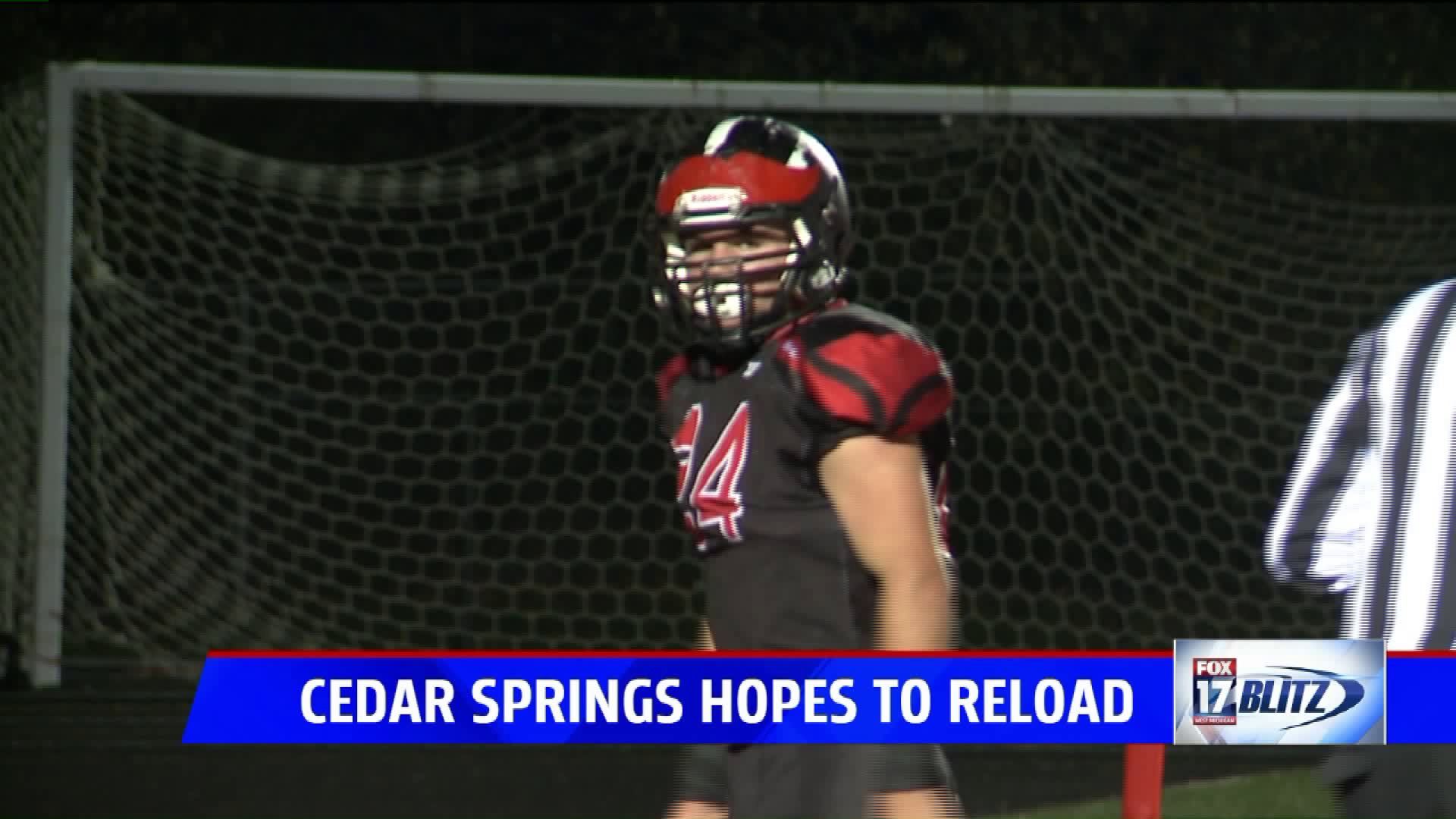 CEDAR SPRINGS, Mich -- Cedar Springs recorded ten wins in a season for the first time since 2000 last fall and now the Red Hawks are hoping to reload and gear up for another run at a OK White title. The Red Hawks won ten straight games before falling to Muskegon in the regional semifinal last season behind a defense that allowed just over 12 points per game.

Reloading won't be easy however as runningback and linebacker, Ryan Ringler graduates and heads to Central Michigan on a wrestling scholarship. Meanwhile, quarterback Kolby Swank graduates as well as other key contributors leaving the Red Hawks with some positions to fill. However, the team's leading rusher Sage Serbenta will return as well as both tight ends and four returners on defense led by linebackers Seth Almas and Zach Schmid.

Cedar Springs will take on Saginaw Swan Valley to open the season on August 30th.