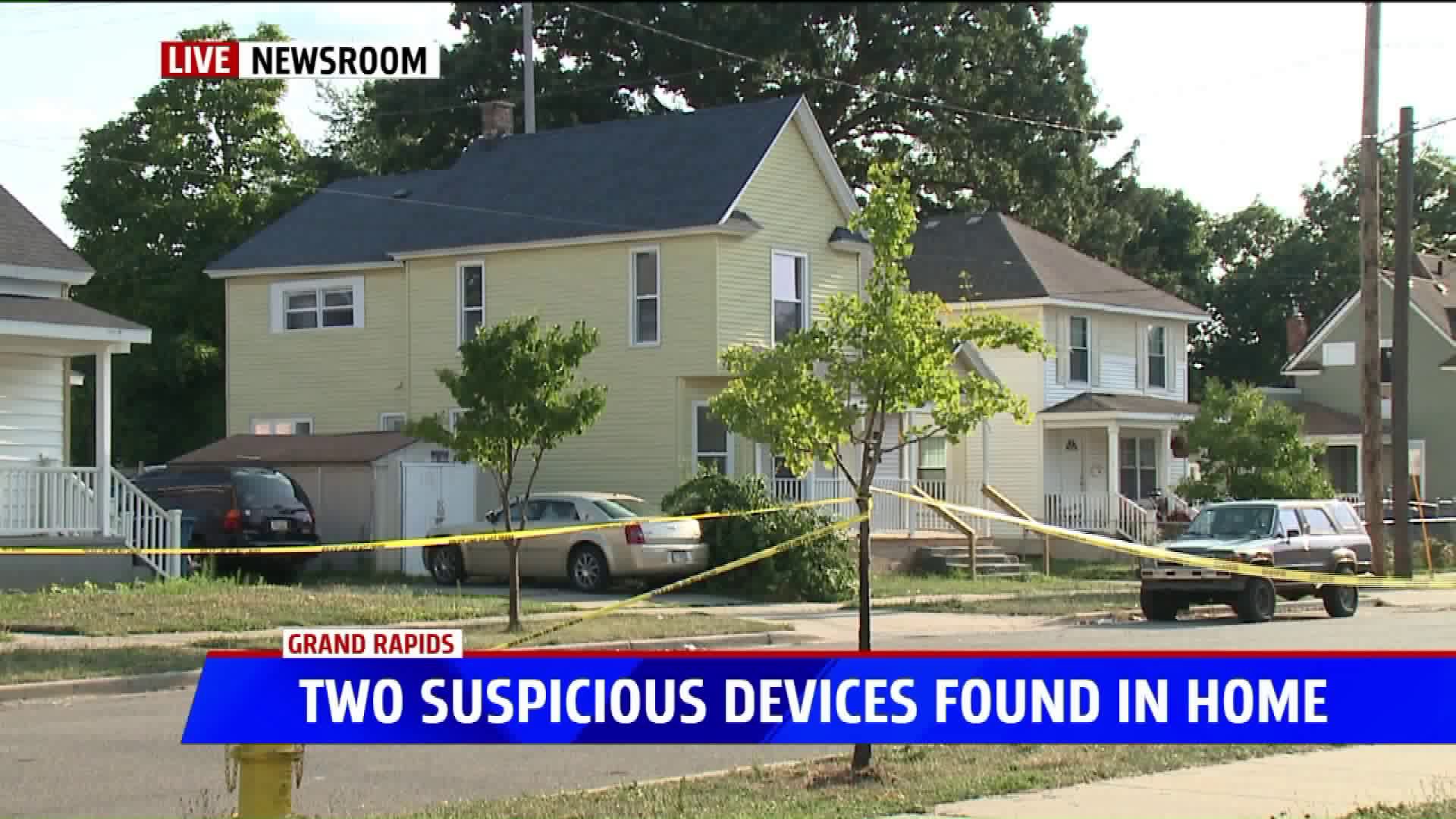 GRAND RAPIDS, Mich. — Police are investigating after a pair of suspicious devices were found in a Grand Rapids home.

Investigators said the first device was found around 5:30 p.m. by someone who was doing work on a home on Highland Street.

Both of the objects were made safe by the bomb squad.

Nobody has been arrested in the incident.

Nearby streets were closed while police investigated, but have since reopened.