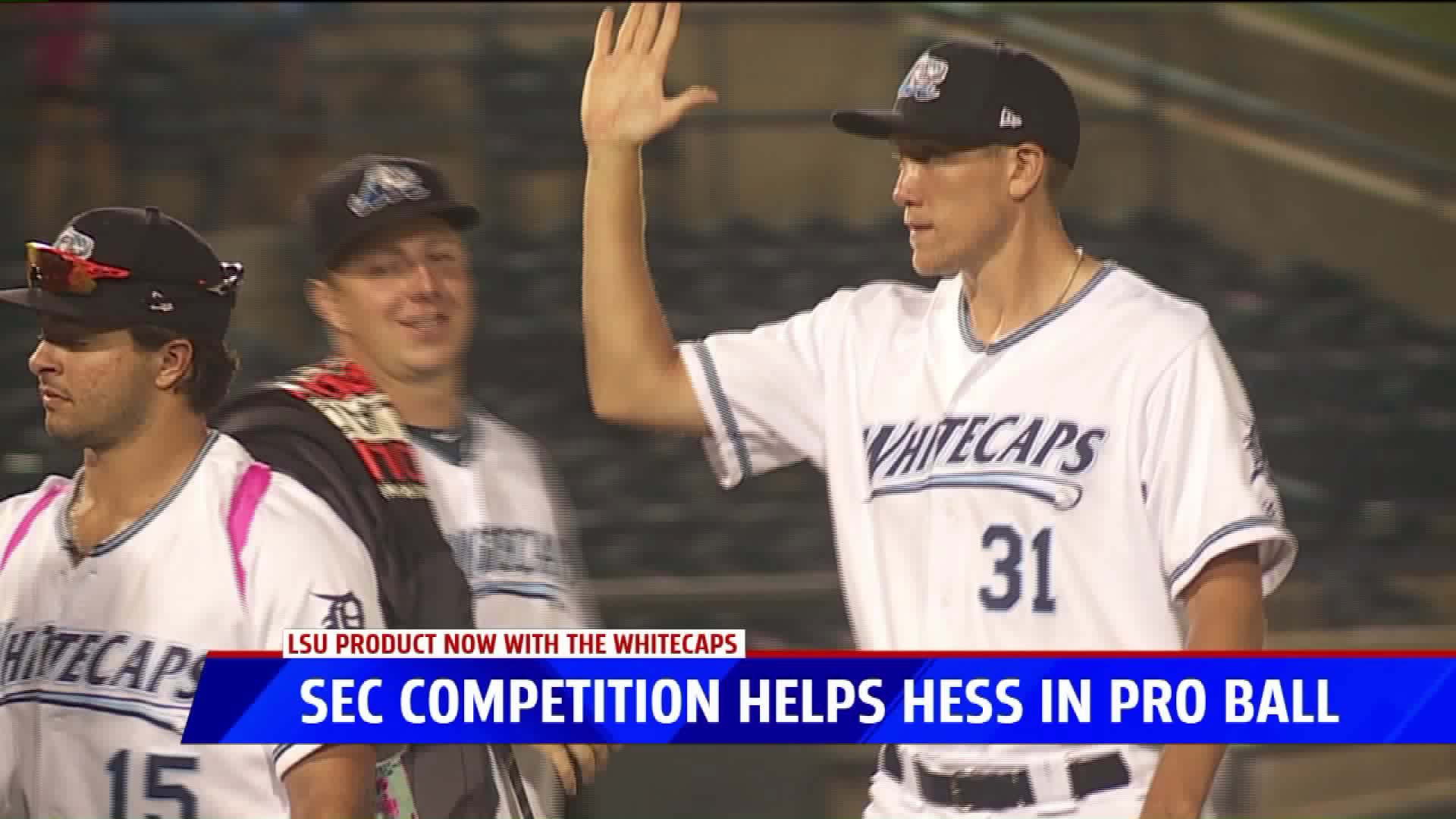 COMSTOCK PARK, Mich -- Zack Hess struck out 272 batters during his three seasons at LSU. With a dominant fastball and slider combination, it's easy to see why the Tigers selected him in the 7th round of this year's MLB draft.

"Unless you're projected to go number one overall I think everyone is sweating that situation out pretty bad," Hess said regarding draft day. "I'm just happy to get picked up by the Tigers, definitely happy to get it put behind me and get acclimated to this organization."

After five scoreless appearances in Connecticut, the Tigers promoted Hess to West Michigan on July 12th and he's settled in with the atmosphere.

"It's been a lot of fun," Hess said, "it's pretty cool to see how serious the fans in Grand Rapids take their baseball, it seems like it's a good environment to play, being a part of this organization has been a lot of fun so I've enjoyed it so far."

Coming from the stiff competition in the SEC, Hess learned a lot about pitching in high pressure situations.

"Just how to maintain my composure during those high pressure situations," Hess said on what he's learned in Baton Rouge. "I think that's the big thing going into pro baseball is learning how to stay composed and don't let the moment get too big for you, just go out and execute your job."

However, the adjustment to professional baseball takes getting used to for every college player.

Hess was a starter and reliever at LSU and is being used as a reliever for the remainder of this summer, he says he's happy to do whatever the Tigers ask of him.

"As a starter, you have to go in with the mindset you're going to be out there for six or seven innings," he said on the differences, "when you're closing or relieving, you can kind of come in and put your foot on the gas pedal and let it hang out for an inning or two."