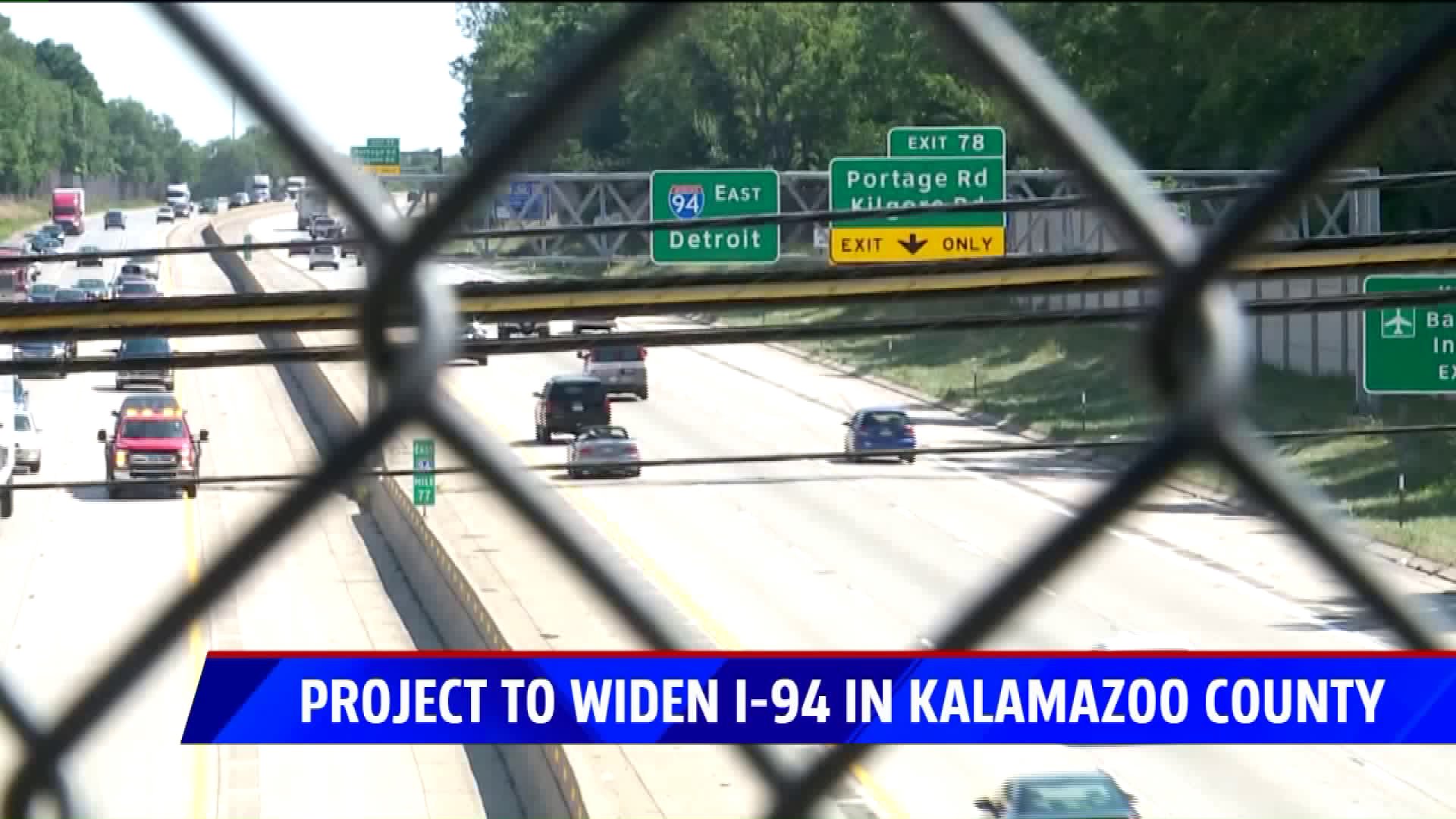 I-94 becoming a lot more roomier

KALAMAZOO, Mich. — The Michigan Department of Transportation has announced plans to widen the section of I-94 that runs through Kalamazoo and Portage. Specifically, the lanes between Lovers Lane and Sprinkle Road will widen from four lanes to six lanes.

“There are several interchanges in that short span,” said MDOT spokesman Nick Schirripa. “Lots of daily commuters and lots of commercial traffic. People getting on. People getting off in that capacity in that little section.”

Schirripa said the widening project is a part of a MDOT’s 2020-2024 five-year program . The plans have not been finalized yet but they've been a part of discussions for 25 years.  Funding has been their biggest hurdle.

“It’s moved a little bit here and there as funding was available. Then it wasn’t available or we figured it would be and then it wasn’t,” Schirripa said. “We got it locked in. We are looking at a 2021-2022 construction program.”

The project will take two years to complete, he said. However MDOT wants to hear from drivers first about what they think about the project. He said people can go to the website, check out the interactive map and leave a message .

“When we’re finalizing that plan all those comments are weighed in,” Schirripa said. “We want to make sure we have as many perspectives as possible.”