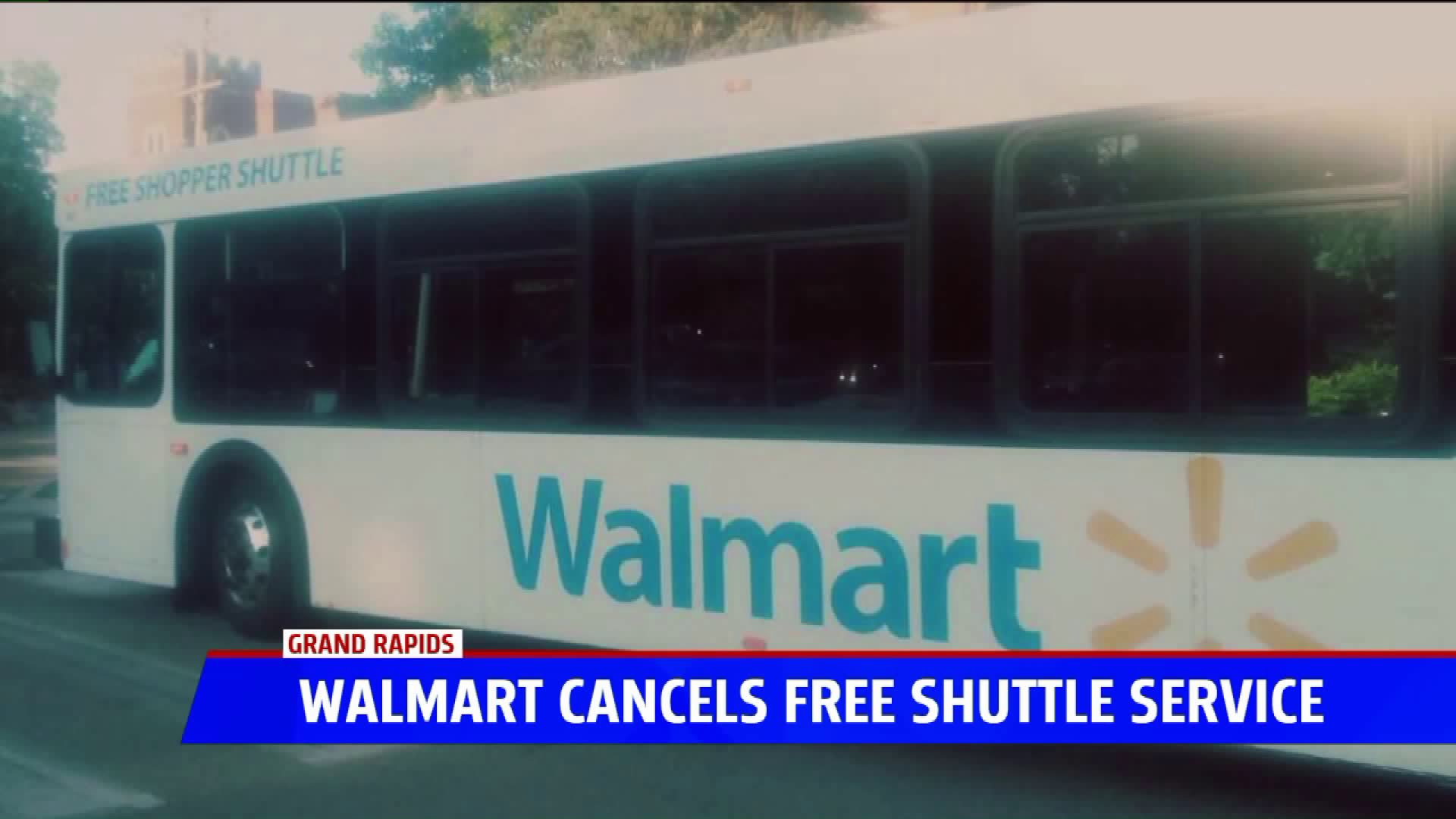 GRAND RAPIDS, Mich. — A free shuttle service that helped low-income Grand Rapids residents pick up groceries and other goods has ended abruptly. The service took residents to Walmart round trip, and it's Walmart that decided to end it to cut costs.

However, residents say they're hoping plans will change or another service steps up.

Brenda Evans, a resident, manages to get around but not without difficulty.

"Tuesdays are my dialysis days. Thursdays I would ride the bus and get what I needed," she explained.

The shuttle made stops at a number of affordable housing complexes in Grand Rapids on Tuesdays and Thursdays. Many riders are elderly, handicapped, and are without other transportation.

Resident Mary Alkema said, "The driver would let us load up our carts, and we come push our carts up there. He brings them up there for us actually. He's very nice. His name is Brian."

Those who depend on the shuttle for one-stop shopping, like groceries, toiletries and money orders, learned the service just ended.

"We were really enjoying that. If we didn't anything wrong we'd like to know. I mean, we would have like to have heard why they stopped," Evans said.

So she helped start the shuttle in 2014 after reaching out to a local bus company that then brought Walmart onboard.

Cunningham said, "So we talked about the logistics and demographics and all of that and they said 'OK'. What was shocking to me is I didn't get a notification that it was ending."

She said she heard the news from a resident.

"So I called to try to find out why because one of the things that we talked about initially was that we were going to talk about if there needed to be some changes or if things weren't working. I didn't get a call to that affect," Cunningham explained.

"If it's not paying them enough money we can't help that. Hopefully somebody else'll fill the gap or they will change their mind. That's all we're hoping for."

In response to FOX 17, Walmart sent this statement:

"The shuttle service became cost prohibitive, and we apologize for any inconvenience. We are aggressively rolling out Grocery Delivery across the country and hope to offer the service in Grand Rapids soon." - Anne Hatfield, Walmart spokesperson

According to the company's website, Walmart does not accept SNAP or WIC benefits through that service. Those are benefits many of these residents use.