Jake Vander Wal hoping to follow in his father’s footsteps 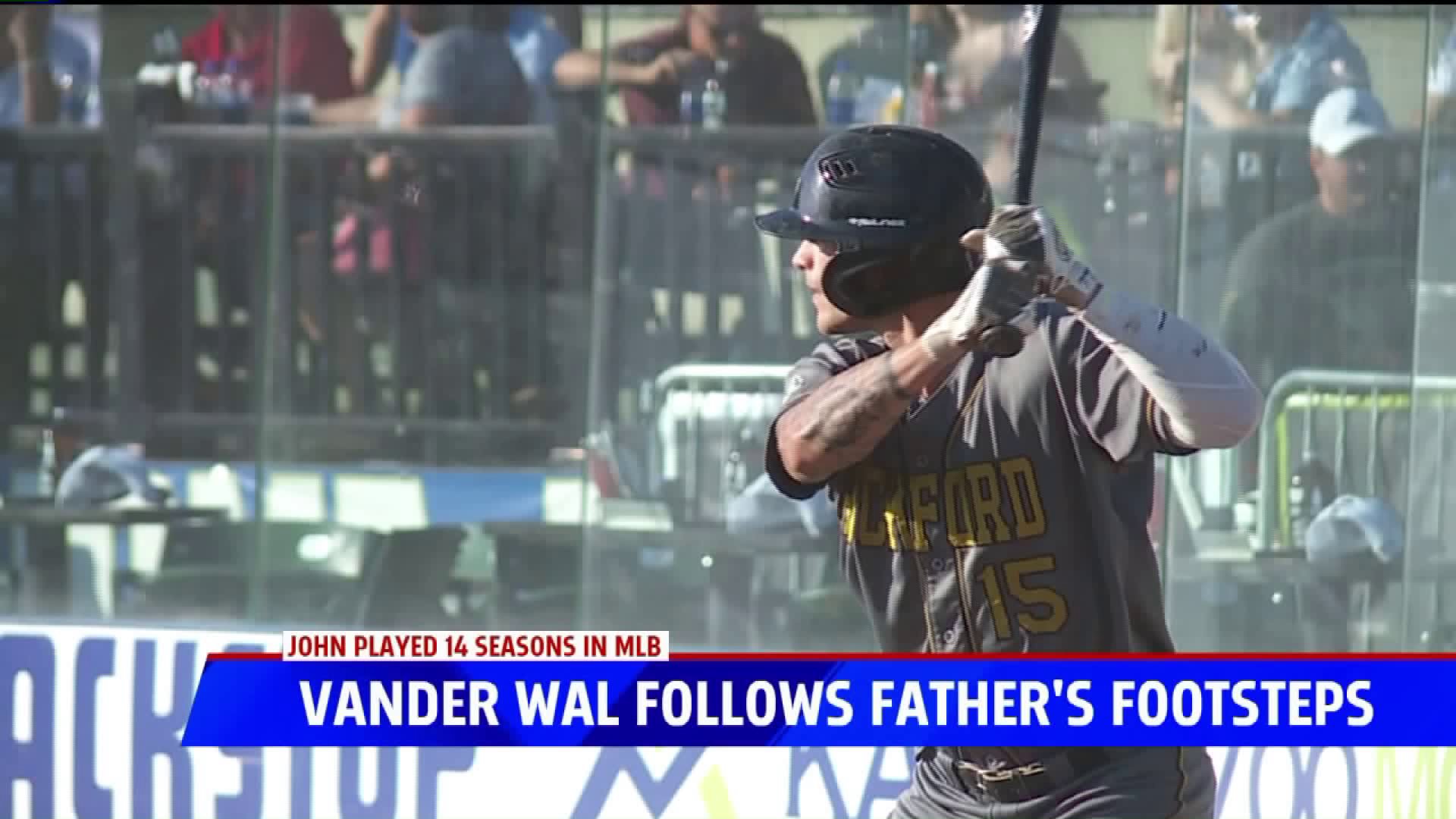 KALAMAZOO, Mich -- Jake Vander Wal has learned a lot from his father.

"It means the world, he's my best friend, knows a lot about the game obviously," Vander Wal said.

His father John played 14 seasons in the MLB before retiring in 2004 as one of the best pinch hitters the game has ever seen.

"Whether I have a good or bad day I'll call him up, we'll talk over my at bats," Jake said about his relationship with his father. "To have him in my corner to break down my swing and bounce ideas off of him, see why I'm not doing what I need to or why things are going well, it's tough to put into words what it means."

After a standout senior season on the baseball diamond at Forest Hills Central, Vander Wal committed to play at Ohio State, but has since played at a junior college in Arizona and now Long Beach State in California.

"It's wild, man," Vander Wal said on his journey, "it's never how you draw it up, the more I bounced around the more I've met people who have taken kind of a similar path, but it's crazy. I went to Ohio State, loved it there, went to a junior college, wouldn't trade that for the world, headed out to Long Beach, it's really cool seeing the west coast and playing baseball, it's been crazy ride."

For the third consecutive summer, Vander Wal is playing in Rockford, Illinois getting at bats in the Northwoods League.

"You go to the same place for two years and you kind of want to go back for a third and finish where it started," he said on playing in Rockford.

Playing this summer in Illinois and attending school in California doesn't allow for a lot of family time in West Michigan, which made the recent business trip to play the Kalamazoo Growlers a lot of fun.

"They don't get to watch me in person often," Vander Wal admitted, "that's why it's cool when we're in Kalamazoo or Battle Creek because the family gets to see me play in person since they don't see me in college."\

Vander Wal has been productive at every school he's gone to except for a down year last season at Long Beach State.

"I came off a terrible year at Long Beach, I had a lot of stuff go on, went through a swing change and it didn't really work out, . Really what I wanted to do is find my swing again."

And he has. Vander Wal has gotten over 200 at bats already this summer, near the top of the entire Northwoods League and has a team-high six home runs while also on top in the RBI category as well.

"It's been a learning process, I got back to a better swing, I'm in a better position to hit and I'm trying to really drive the ball and work on power numbers more so than I have in the past in this league."

When asked what he misses most about high school and Forest Hills Central, Vander Wal said football with a laugh but said baseball is obviously what he wants to do for a career, just like his father did.