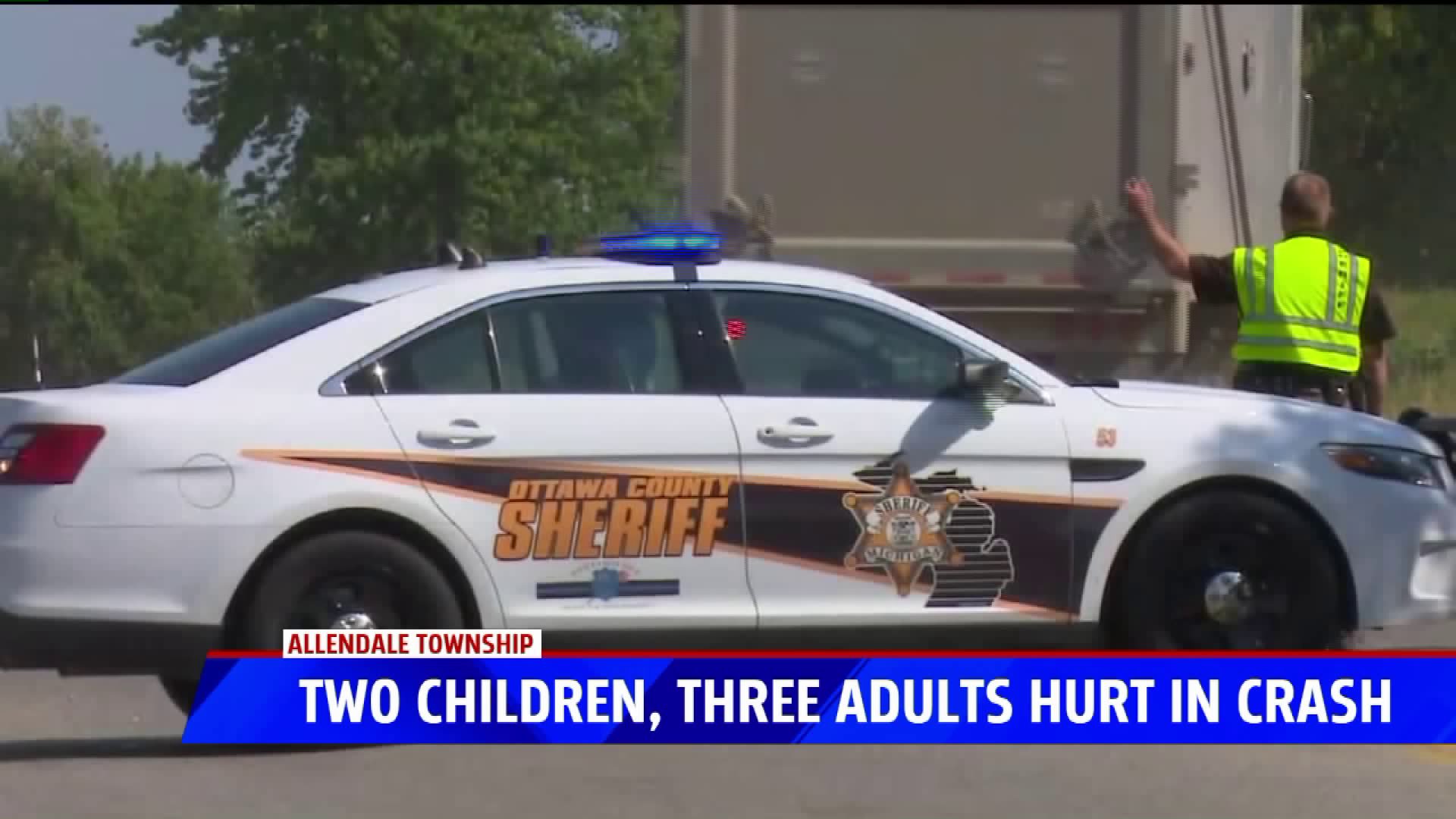 Ottawa County deputies say that a 65-year-old woman from Coopersville was heading south on 68th Avenue when she lost control while coming upon slowed traffic. She hit a northbound vehicle with two adults and two children inside.