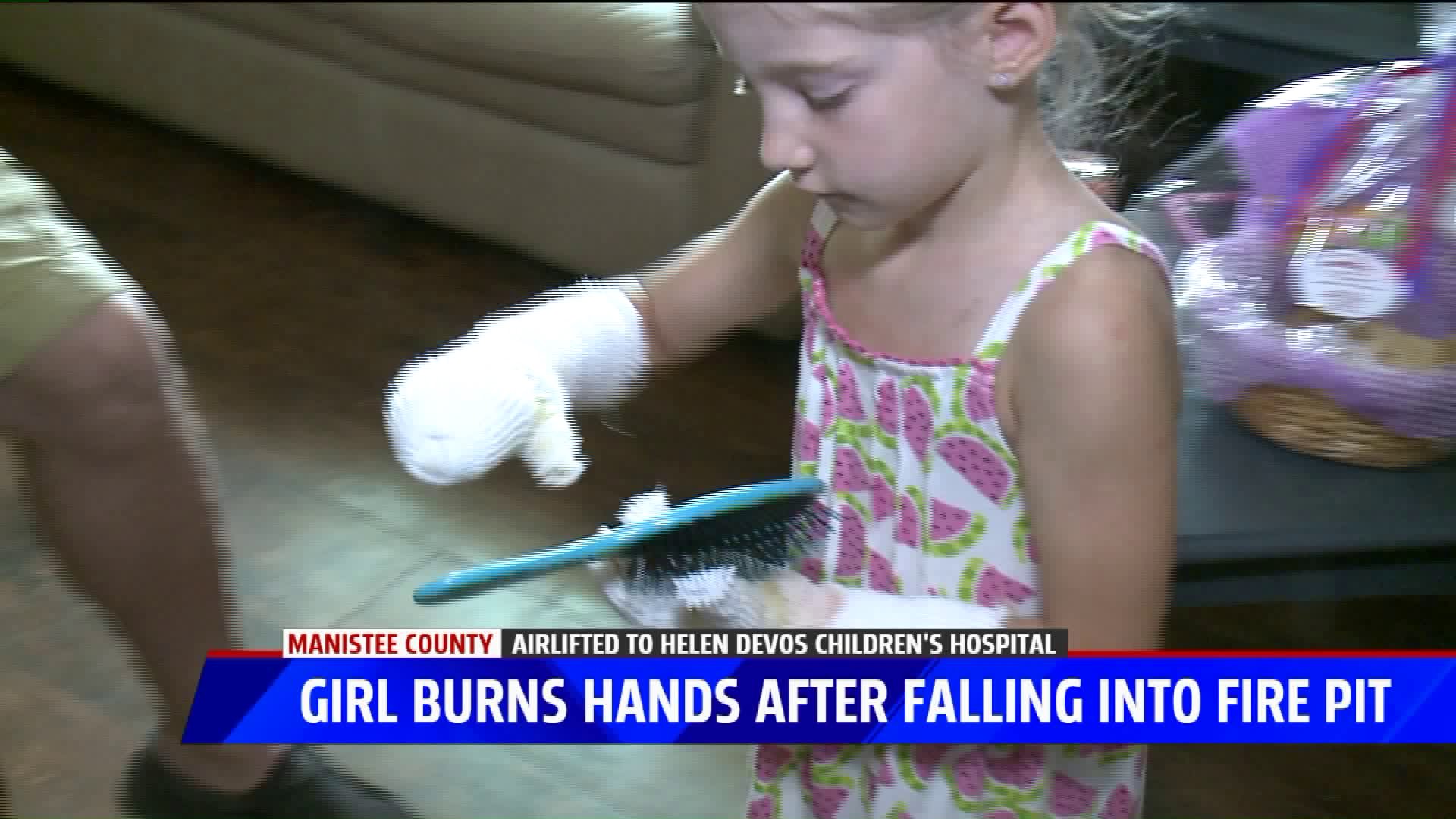 But an accident that is every parent's worst nightmare happened to her last weekend at the family’s cabin in Wellston in Manistee County: Josephine fell into a fire pit, leading to her being flown to Grand Rapids for treatment.

She is going to be OK, but suffered serious burns on her hands and legs.

“Very, very nerve-wracking. I can’t even describe it. It’s awful. Just over and over my head, hearing her scream — it’s something I can’t get out of my head,” said Scott Rawson, Josephine’s father.

The fire pit is raised about a foot off the ground. Josephine was walking while holding her life jacket in front of her to get ready for the beach. She didn’t see the fire pit, and fell in.

Her dad was right there when it happened and pulled her from the fire pit.

“She screamed, I ran and grabbed her, and the outcome was that severe,” Scott Rawson said.

In just a split second, she suffered horrific burns. Josephine's mom says this type of accident can happen to any family.

“It doesn’t matter if they grew up with it or not, in just one second,” Kelly Rawson said.

A GoFundMe has been created to help the family with Josephine's medical expenses.