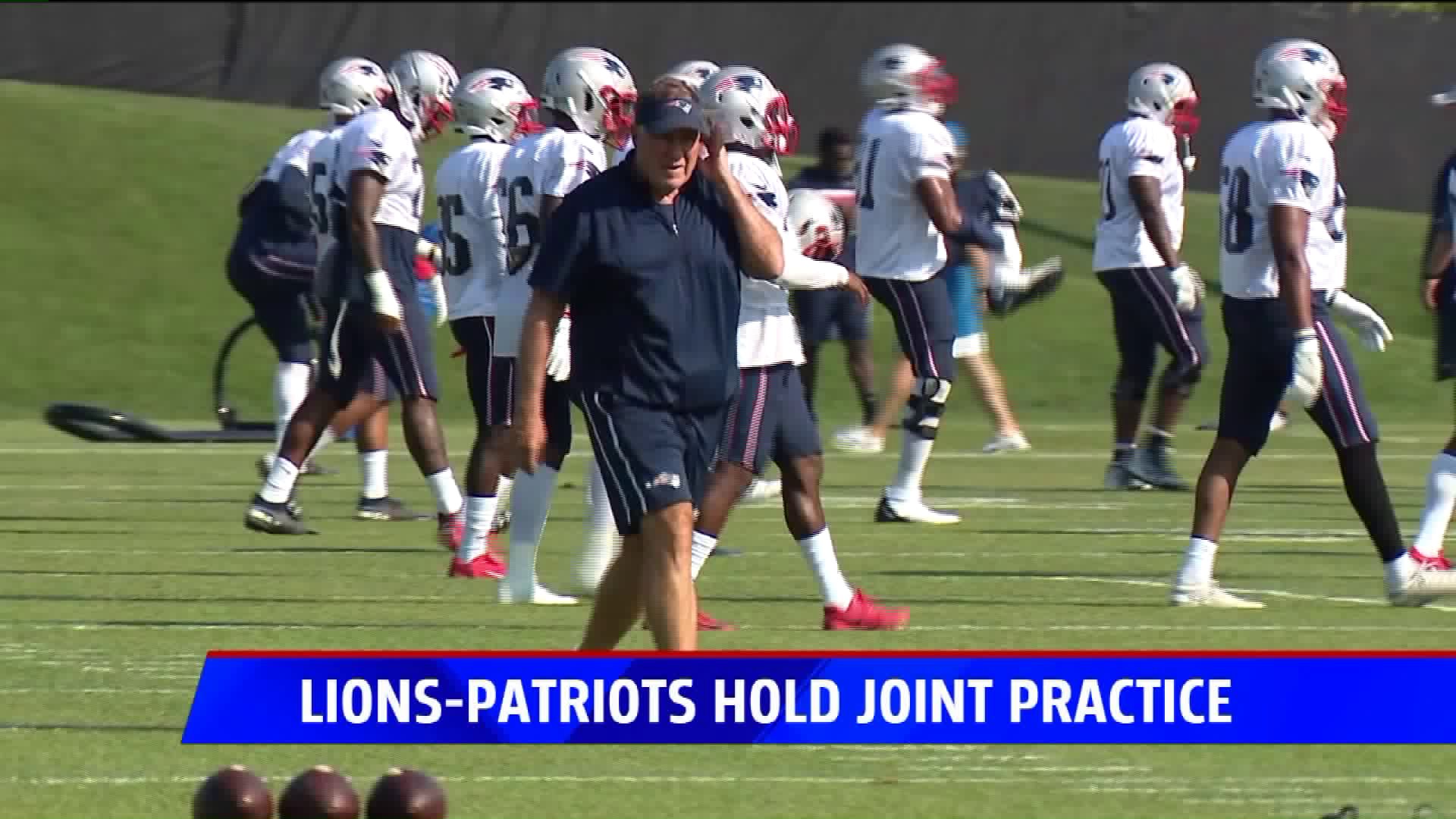 The teams will meet Thursday in the preseason opener

ALLEN PARK, Mich. -- The joint NFL practices that were supposed to happen last year are finally happening this week.

The Lions and Patriots went through the first of three scheduled joint practices Monday at Lions headquarters in Allen Park.

"Everybody is working hard. it is full tilt the whole practice," said Lions wide receiver and former Patriot Danny Amendola. "It is really good work. It is good to work against some new players, see some new techniques, and then we are constantly throwing around new ideas, trying to get open and trying to make plays."

The defending Super Bowl champs will take on the Lions Thursday night in the preseason opener for both teams.

The chance to go against an unfamiliar opponent was welcome to the Patriots.

"I like it," Patriots quarterback Tom Brady said. "It is a different level of competition, obviously. Between the minicamp and the OTAs and the training camp, there is quite a bit of practice against our own guys. It is nice to get fresh competition and see where you match up against a team that really beat us up pretty good last year."

Thursday night's preseason game is scheduled to start at 7:30 p.m. on FOX 17.