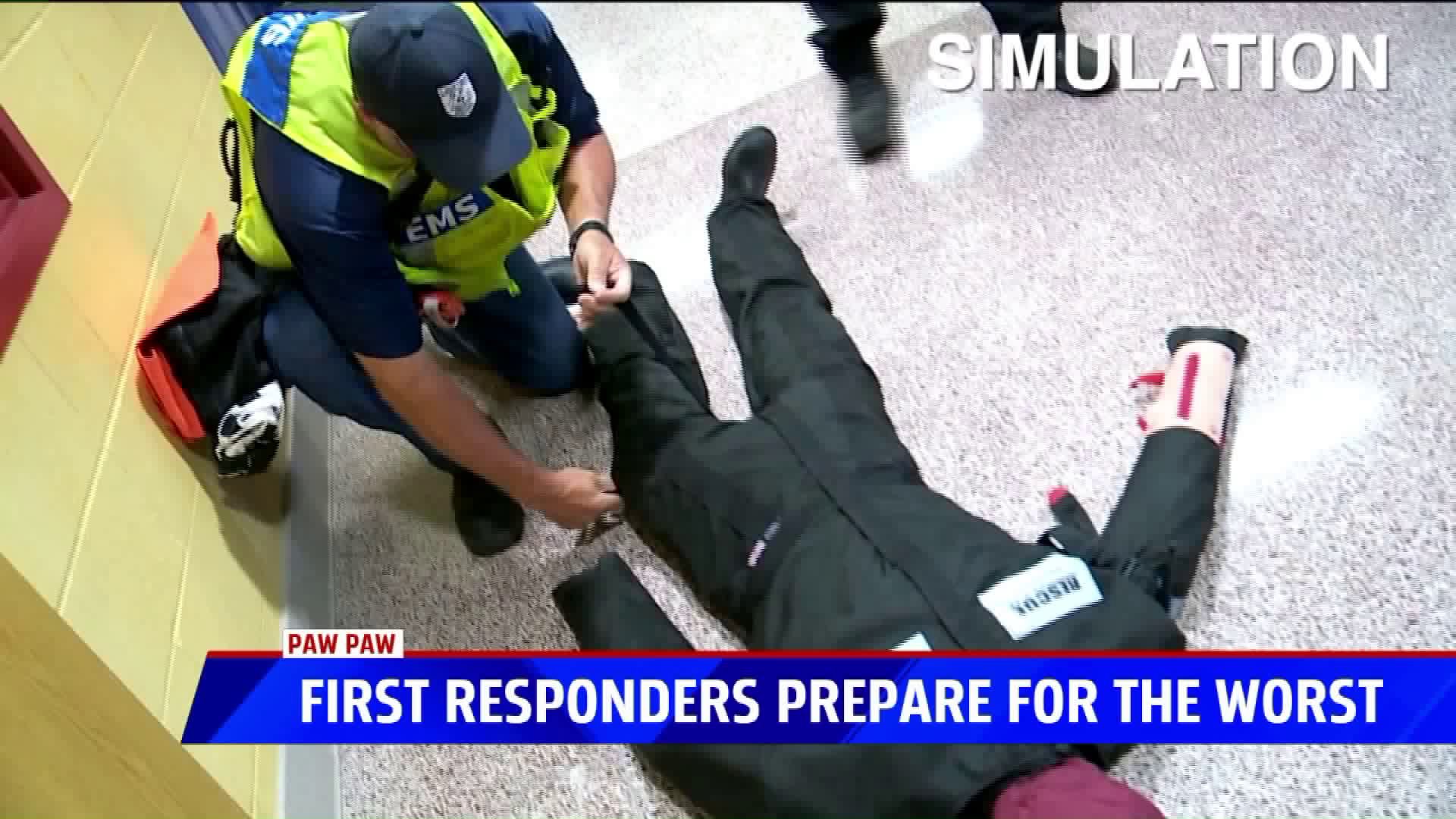 PAW PAW, Mich. — Law enforcement had their guns drawn as they navigated through the halls of Paw Paw Middle School on Tuesday for a four-hour active shooter training session.

Next to them every step of the way was emergency medical personnel.

“As law enforcement we know how to go in and deal with the active shooter threat or the active assailant event,” said Lt. Bob Kirk, emergency manager with the Van Buren County Sheriff’s Office. “But now what do we do to get people out that are injured and hurt?”

That’s when the medical crews stepped in. They are paired with police officers, deputies and fire and rescue crews with the goal of getting to the victims — or in this case 150-pound dummies — quicker.

“They can start, under police protection, come in and start bringing people out after they’re treated,” he said. “That’s really the concept.”

Over two dozen people were in attendance, each of them representing one of the nine counties in southwest Michigan, he said. They’ve been doing these types of training sessions throughout the area for two years on a regular basis.

“The idea is if all counties are teaching the same philosophy and principles then basically if Kalamazoo comes to help Van Buren or Allegan comes down to help us we're all operating the same way,” Kirk said.

The goal is to do them on a weekly basis, he said. Meanwhile, Kirk does civilian training too at businesses throughout the county. His goal is to get people off of their phones and looking around at their surroundings.

“If you’ve never attended one contact us,” Kirk said. “It’s well worth the training. It’s not to make people paranoid. It's to make people prepared because the biggest thing that we see with people is a lack of situational awareness.”

Kirk said Tuesday’ training was not in response to this weekend’s mass shootings in El Paso, Texas and Dayton, Ohio. He said it's sad that these mass shooting continue to occur.  However, it’s best to have everyone, especially law enforcement, prepared.

“I’d rather have my people prepared than not prepared in case something does happen,” he said. “Hopefully we never have to utilize it. But you never know.”