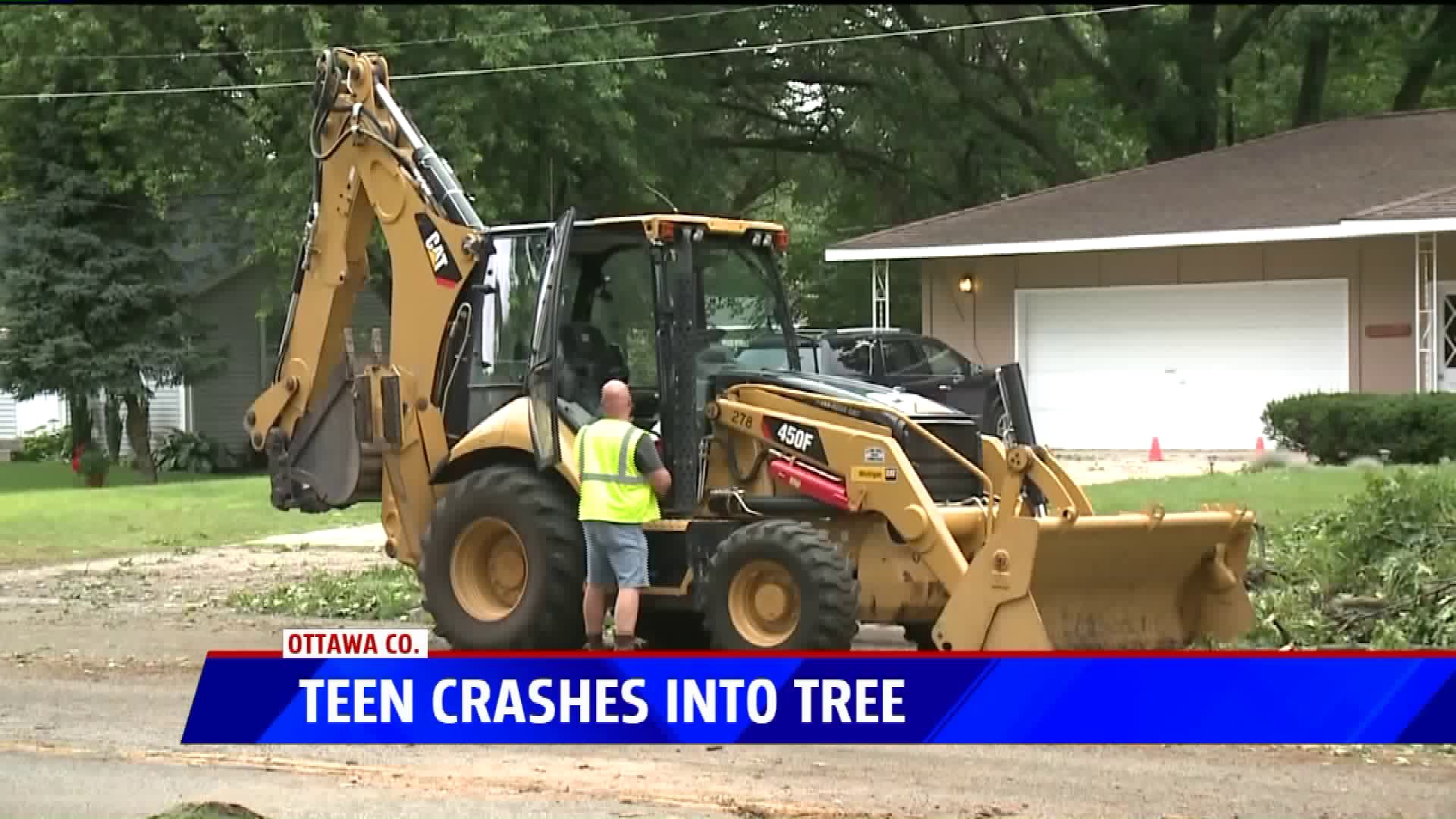 It happened just before midnight Tuesday near the intersection of Mercury Drive and 160th Avenue, the Ottawa County Sheriff's Office says.

Deputies believe the tree fell during the thunderstorm, blocking the entire road. The driver hit the trunk of the tree and was pinned in his car for more than an hour while firefighters worked to remove him.

He was taken to the hospital in stable condition. Deputies say alcohol and phone use was not a factor in the crash.

Mercury Drive was closed in both directions for two hours while the scene was investigated and the roadway was cleared.