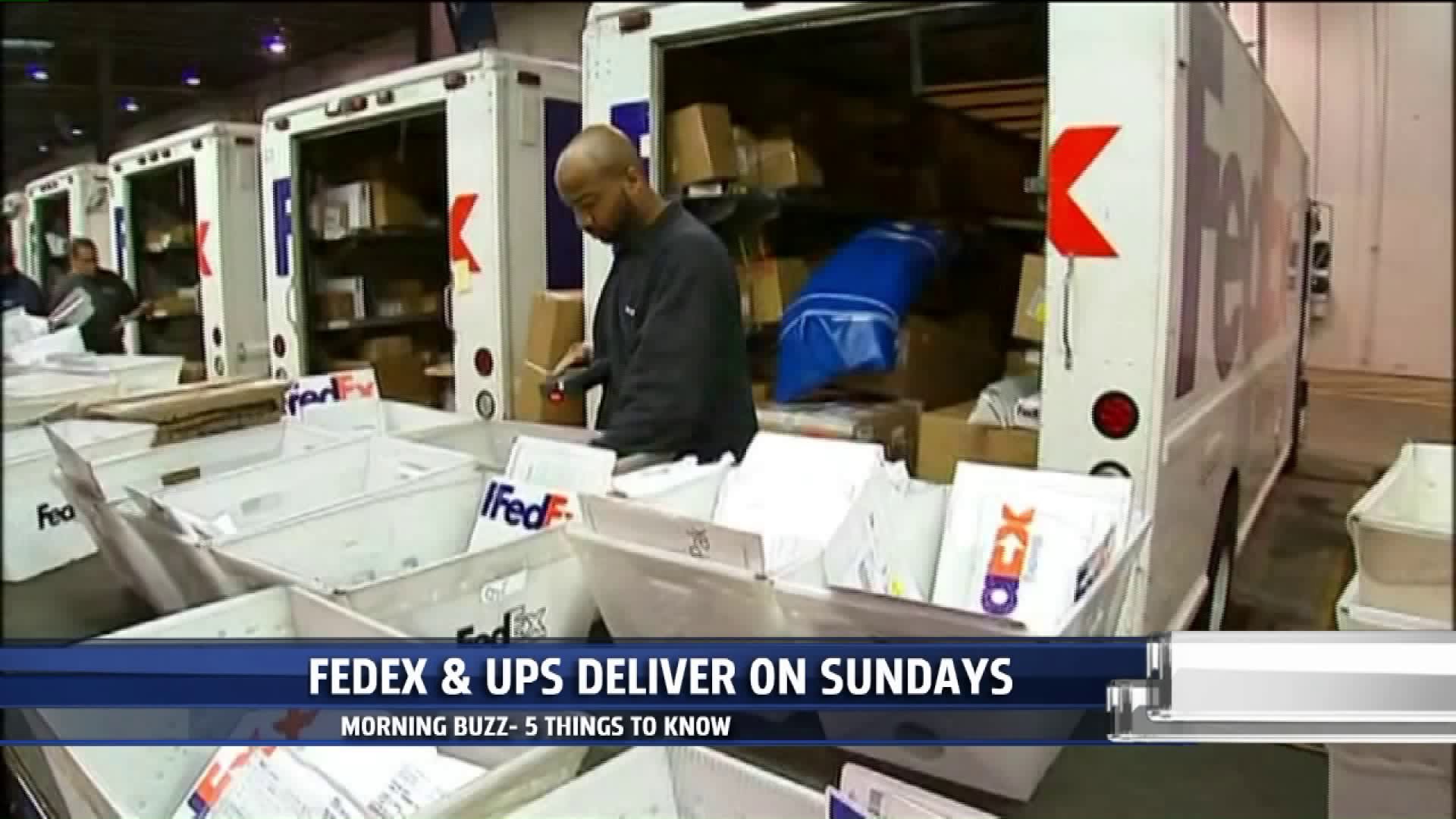 1. Gilda's LaughFest is announcing a special performance for its 10th-anniversary festival, which starts in March.

Emmy award-winning producer, writer, and performer Teresa Thome will be in town to help kick the festival off.

Thome will perform her "Warm Cheese" production August 15-17 at Spectrum Theater in Grand Rapids.  The performance is filled with humor about her grief following the death of her mother.

Tickets can be purchased at warmcheese.com.

2. Some colorful new additions are at the John Ball Zoo, and they're celebrating with half-off admission.

Because of a new pair of Toucans, zoo visitors can bring in two cans of food to get half off one admission. It's called Two Cans Tuesday.

All donated food will be given to Feeding America West Michigan to help families in need.

3. FedEx and UPS are planning to start delivering on Sundays.

Officials say the reason for this is to make sure they turn a profit and continue to compete against Amazon.

However, the Wall Street Journal reports the companies will pay the drivers who deliver on Sunday less money.

FedEx and UPS will roll out the expanded schedule in January, just in time to miss the holiday season.

4. It can be hard leaving the house and snag prescriptions. CVS is now taking prescriptions straight to your door with its new Care Pass program that will be offered to customers nationwide.

Members will receive free one to two-day shipping on all prescriptions and store items, as well as discounts on CVS-brand items.

5. Krispy Kreme has announced a new partnership with Reeses to create a new tasty creation.

You can order the hot and ready doughnuts individually or get a special two-pack if you want to try them both.