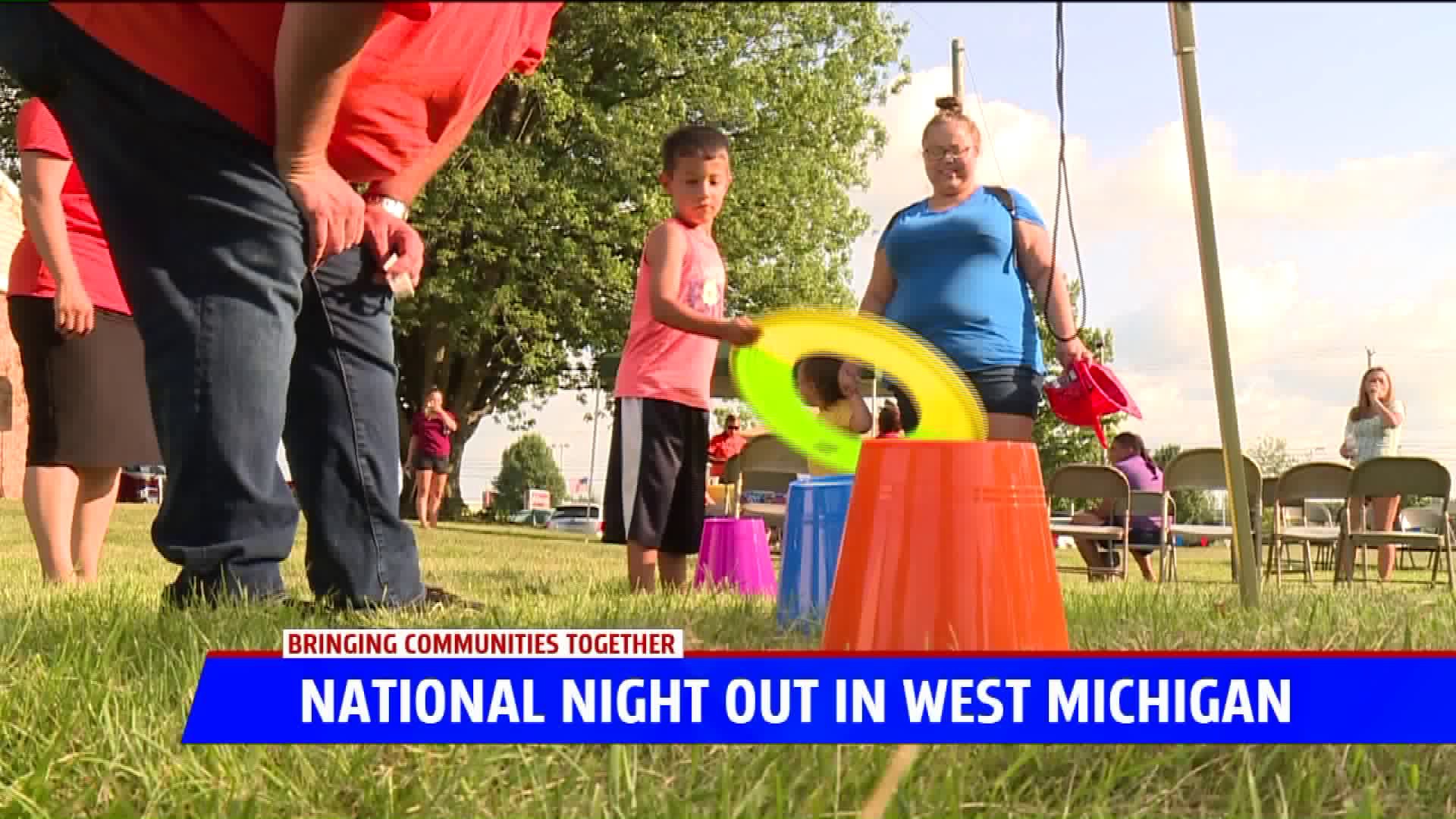 Founded in 1984 in the suburbs of Philadelphia, National Night Out was started to build trust between first responders and the communities they serve. Every year since then, the initiative has been celebrated on the first Tuesday of August.

There were over 20 locations in Kentwood that held events at parks, churches and malls.

Kentwood Police Chief Thomas Hillen and Mayor Stephen Kepley made the rounds to as many parties as they could Tuesday night.

“I think a lot of it is just knowing your neighbor so if somebody else can watch your house for you," Hillen said. "And they know how to get a hold of you and it’s about knowing one another so that we can help one another.”

David Ziebarth has been organizing National Night Out at South United Methodist Church for over 20 years. He said focusing on building trust between law enforcement and neighbors is critical.

“There’s always a struggle between police departments and communities and we need to continue to build that bond and it takes a lot of hard work," Ziebarth said.

Kepley said he's encouraged by what he's seen attending these events for the past six years.

“The most important thing is for neighbors to meet other neighbors. You know it seems like we live in these houses and we have neighbors and do we really know them?” Kepley said.

Kepley said the best way to organize a National Night Out is to contact local police.