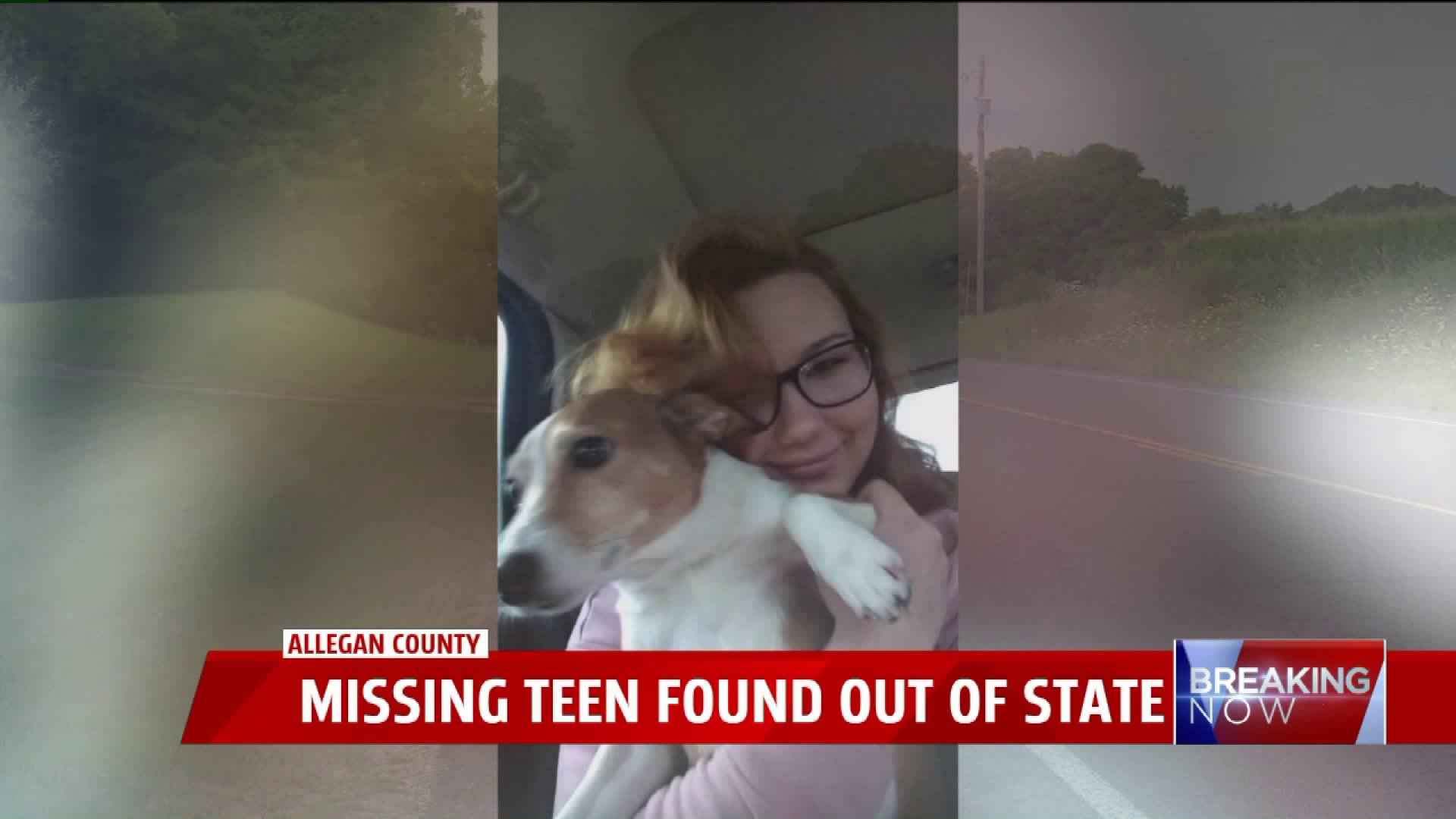 WAYLAND, Mich. — A teen who was originally considered a runaway was found Tuesday afternoon with a 40-year-old man she apparently met online.

Gracie Hewartson, 15, of Wayland, was found in Warwick, Rhode Island. She is reported to be in good health.

Gracie was last seen Friday, Aug. 2, when she walked out of her room, passed her father in the family living room, and walked out of the house.

Her parents, Darrin and Micki Hewartson, told FOX 17 that they first thought Gracie had run away to be with a friend.  But, after talking to her best friends, they began to fear something much worse.

"We started to get more information that she was talking to a guy, an older gentleman online, and then that's when we found out what was really going on."

The older man was talking to Gracie on social media. The night of her disappearance the Hewartsons believe that he picked her up right in front of their home.

"Anyone that is a grown adult that will pick a child up, knowing that they are a runaway, can't have good intentions," Gracie's aunts, Lacey Laskowski and Mary Woodward told FOX 17.