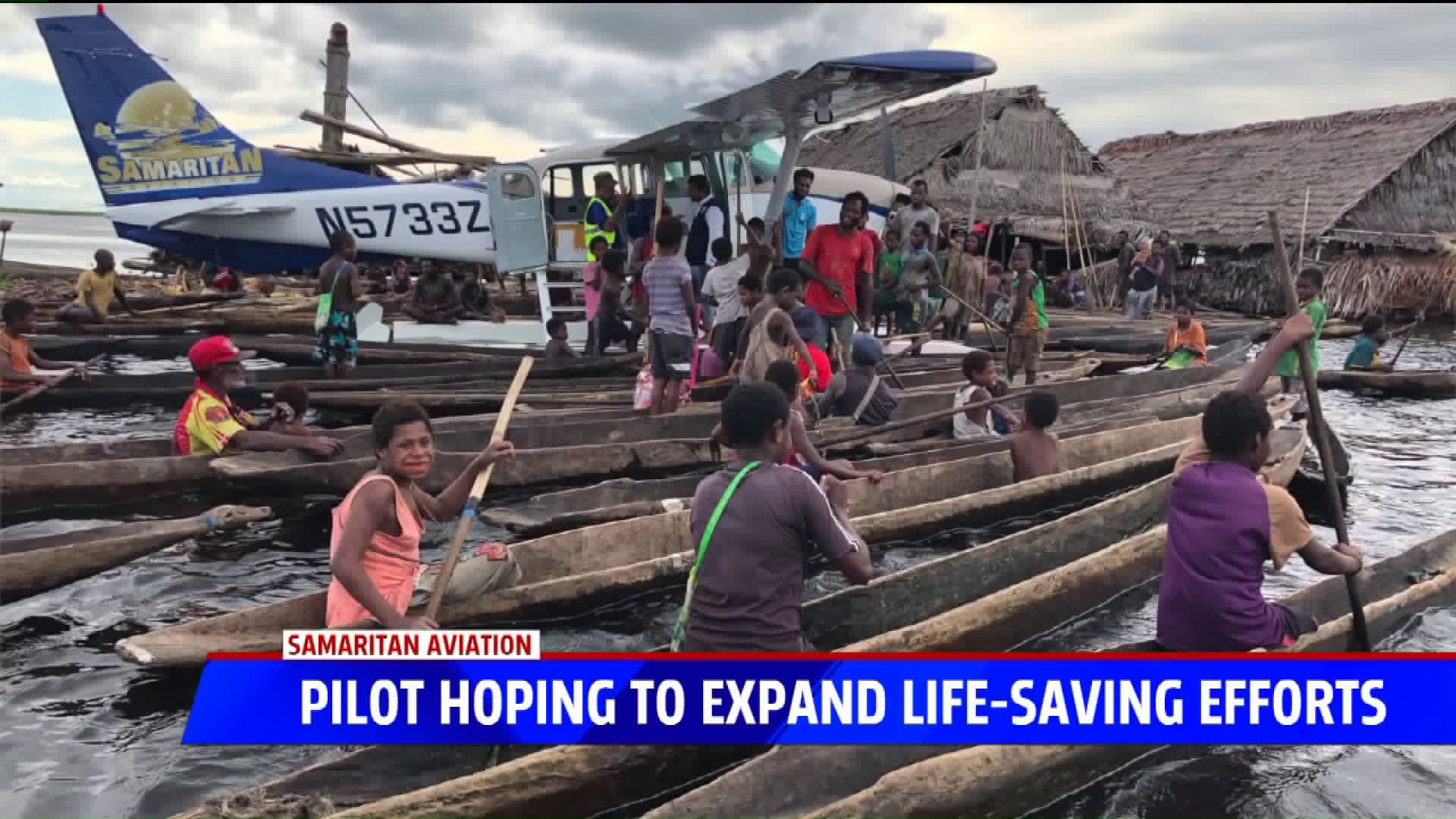 IONIA, Mich. — Mark Palm is touring the country with a special new plane, one he says will save thousands of lives.

Its goal is to fly into the small villages of Papua New Guinea to bring life-saving medical aid. If the patient needs to be transported to an area hospital, they can use the plane to be there in a matter of minutes.

Some villages are so far away from the nearest hospital, on foot it would take days to get to one. If a patient is in need of immediate medical care, they likely would not make it without the help of Samaritan Aviation.

Samaritan Aviation launched back in 2010 have already saved countless lives. The currently have three planes in Papua New Guinea, but will retire one when the new plane arrives next year.

Palm says his father was the main reason he decided to make a career out of helping the less fortunate.

He is now touring the United States with the newest plane, hoping to draw in folks who want to help. He says whether it's donations or people wanting to come out to New Guinea, it all is going to an amazing cause.

Samaritan Aviation has had a connection to West Michigan for years. SMAT, or the School of Missionary Aviation and Technology, located in Ionia, has been preaching Palm's mission to the students in hopes that they may join him one day.

"Our partnership with Samaritan Aviation really focuses in on them bringing a pilot to us, having us evaluate not only their skills and aptitude but also their attitude about flying.” says Terry Yoder, President of SMAT.

Yoder says he loves having Palm visit his students because it is a snapshot into what the could be doing on the other side of the world.

The new plane that mark is touring with now still has some fixing up to do but he hopes to have it in New Guinea next year. If you would are interested in SMAT or would like to help Samaritan Aviation get their new plane up and running, both links are above.