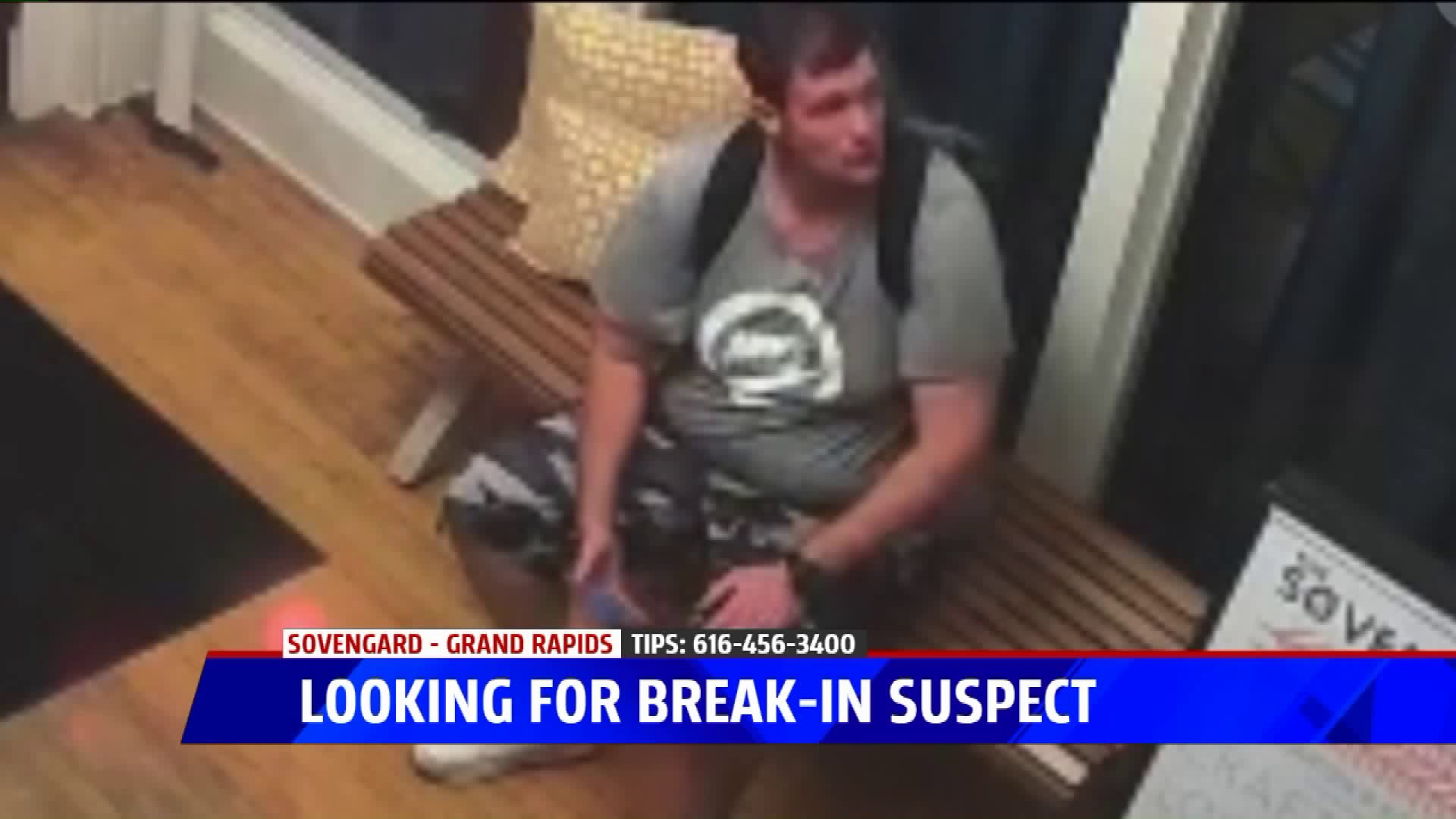 “This morning I got a call from one of my staff and they said we had been broken into,” said restaurant owner and general manager Rick Muschiana.

The security pictures are crystal-clear, and the damage is glaring.

“Came in this morning, and there’s a huge mess,” said Muschiana, showing FOX17 cameras the damage Tuesday night. “He took a plant from the vestibule and cut the drywall, then took the pot from the plant and basically bashed a hole in the wall.”

It’s still there. Muschiana says whoever it was didn’t take much though – only some iPads and their chargers.

The bar, kitchen and office area all seemed to be rummaged through, but there were no signs of anything else missing. In fact, Muschiana said the recycling bin was emptied, and even papers seemed to be picked up, but neatly stacked again.

“In the end it appears he just decided on the iPads and have a sip of juice and got out of there,” said Muschiana.