Teen racing sprint cars before having a driver’s license 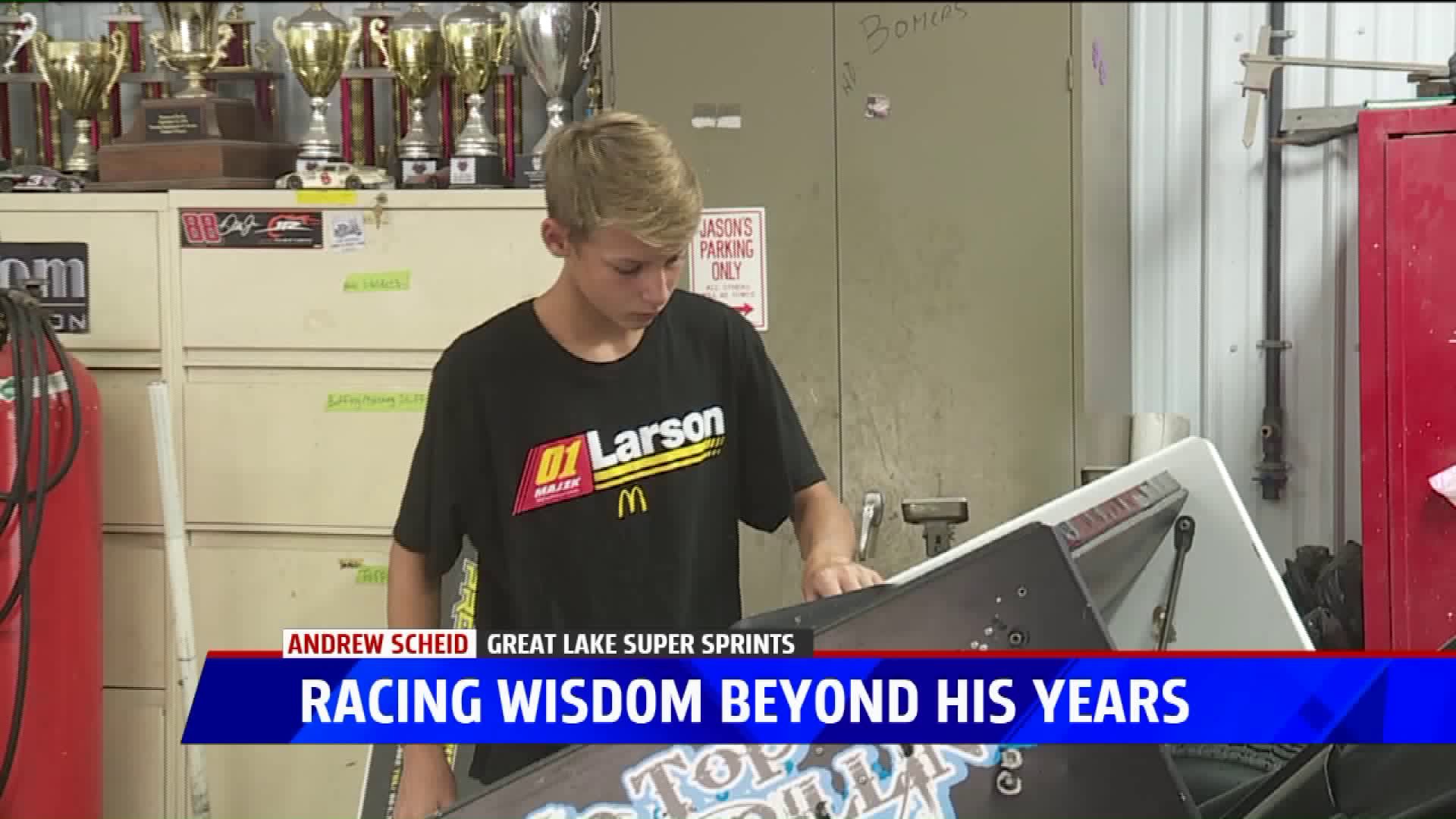 "I really got to watch my speed," Scheid said. "My mom is always yelling at me, 'Slow down!'"

You'll have to excuse the 15-year-old for driving a little fast on the road. He is used to going over 100 miles per hour in a sprint car on race tracks.

"I feel like I've always kind of wanted to race," Scheid said. "I've always been really competitive, whether it's in school, just playing football on the playground, or racing on a race track. I'm always competitive."

Scheid started out racing pedal bikes and advanced to go-karts, but he has never forgotten the first time he got in a sprint car.

"I was very nervous," Scheid said. "I thought I had to pee, but of course it's just adrenaline and nerves, and I was all psyched out."

Scheid became the youngest sprint car driver in Michigan. He ran starting two years ago with lightning sprints when he was 11 at Great Lakes Super Sprints, which he still runs today.

"It's amazing to watch him be able to compete against guys that have been doing it twice as long as he's been alive," said Andrew's dad, Jason Scheid. "He can out-maneuver them and just out-juke them on the track, and that is pretty cool to see."

Andrew was Rookie of the Year two years ago in the Great Lakes Super Sprints, has won heat races, and even has won last chance races, but he is still looking for that first feature win.

"My dad does a great job on setting up the car," Andrew added. "The car is almost always top-notch, but it takes confidence, and you really have to be calm, and you have to just be consistent and run 25 perfect laps. Otherwise, the moment you mess up, the moment you make one mistake, there is a guy passing you."

Andrew turns 16 in February and hopes to drive a 410 sprint car next summer and get a chance to race at tracks like Eldora or Knoxville Speedway, maybe even get a shot in the World of Outlaws or All-Star Circuit of Champions.

"Really, I'd just like to be racing for a living," Andrew said. "I don't care what it is, I'd just love to be racing, whether it's Indy cars, NASCAR, sprint cars, off-road trucks, anything."

Andrew will be running in Hartford on Friday this week and Thunderbird in Muskegon on Saturday.