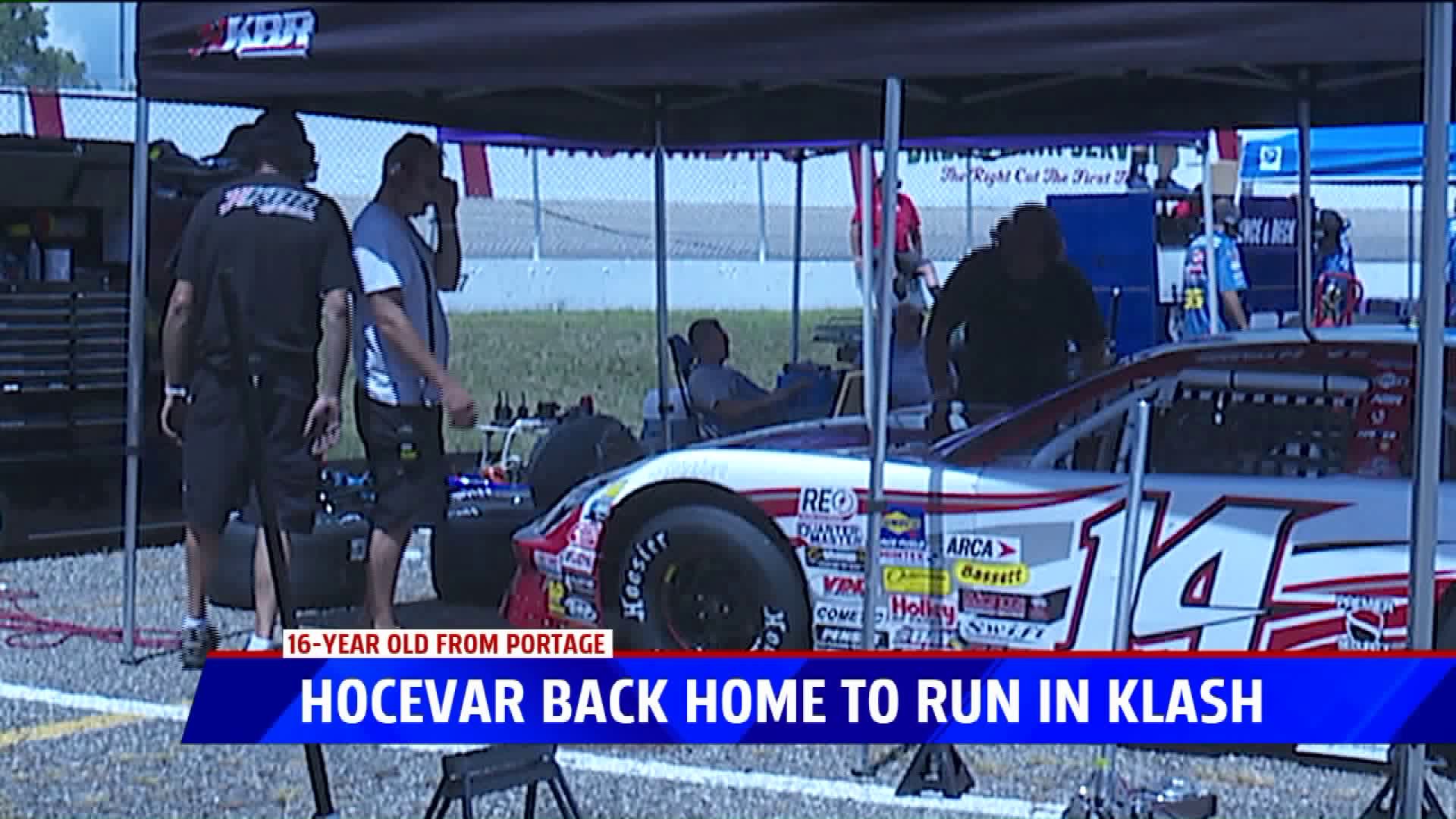 KALAMAZOO, Mich. -- Carson Hocevar is not living the lifestyle of a typical 16-year-old.

It's typical for Hocevar to be racing somewhere around the United States. But on Wednesday night, the Portage native was just minutes away from his home to race in the 27th Kalamazoo Klash.

Hocevar finished as runner-up last season but got caught up in a wreck 54 laps in, resulting in a 16th-place finish.

Despite that and his age, he's still one of the most talented drivers on the track.

"It's cool, but I've been around this sport so long, so I've gotten used to the age deal," Hocevar said of being 16. "It doesn't really phase me anymore. I've just gotten used to it. I'm another guy out there trying to win a race."