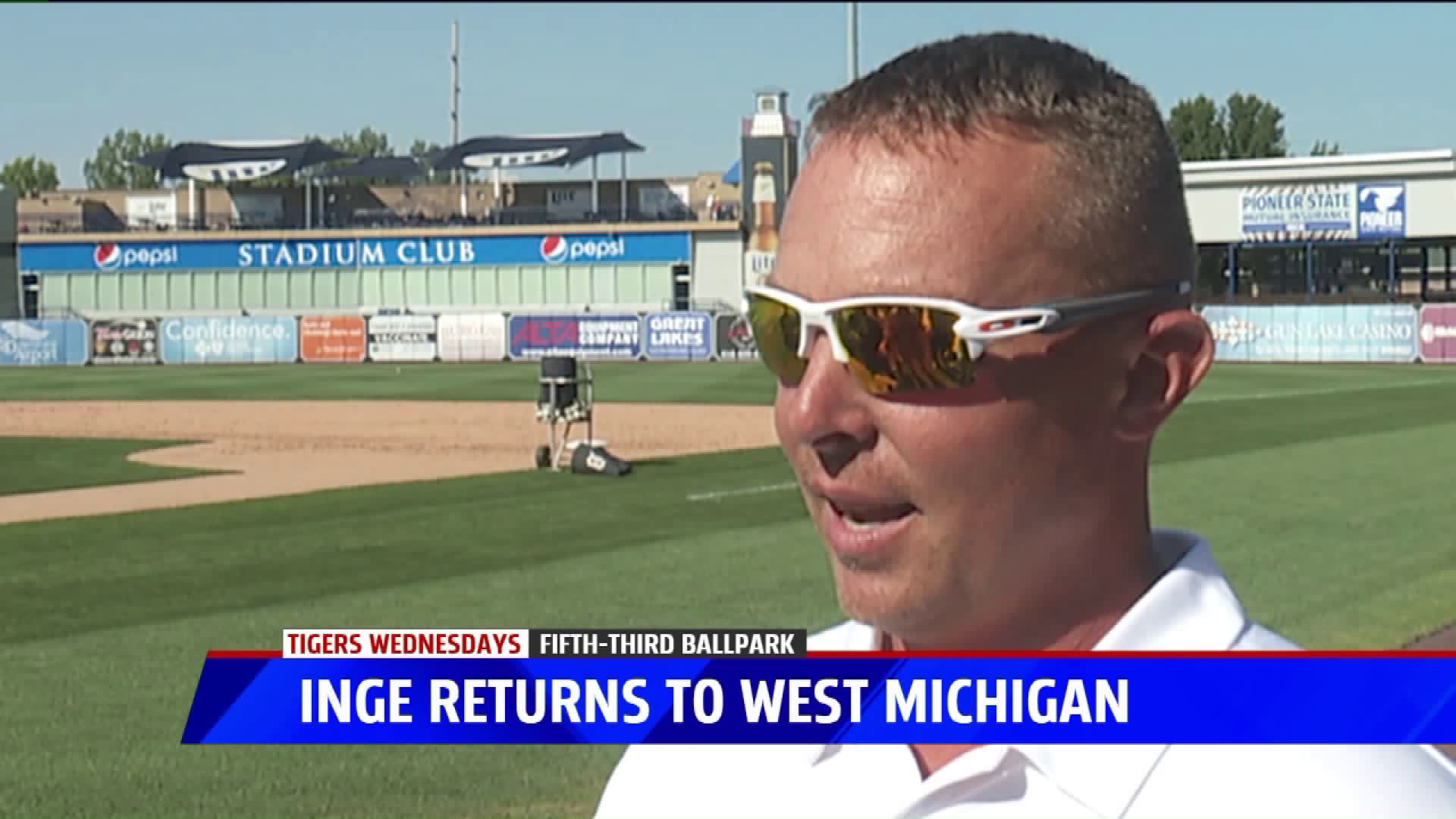 COMSTOCK PARK, Mich -- In another edition of Tigers Wednesdays at Fifth-Third Ballpark, former Tiger catcher and third baseman, Brandon Inge was in attendance. Inge played for the Whitecaps in the 1999 season before cracking the Tigers roster in 2001.

Inge quickly became one of the most popular Tigers on the roster and is still beloved by fans, Inge thanks former Red Wings captain, Steve Yzerman for a lot of that popularity."

"We had an event there with some of the Lions, Pistons, Red Wings and Tigers and I'll never forget this but Steve Yzerman pulled me aside and said, 'listen, if you play this game the right way in Detroit, people will absolutely love you until the day you die.'"