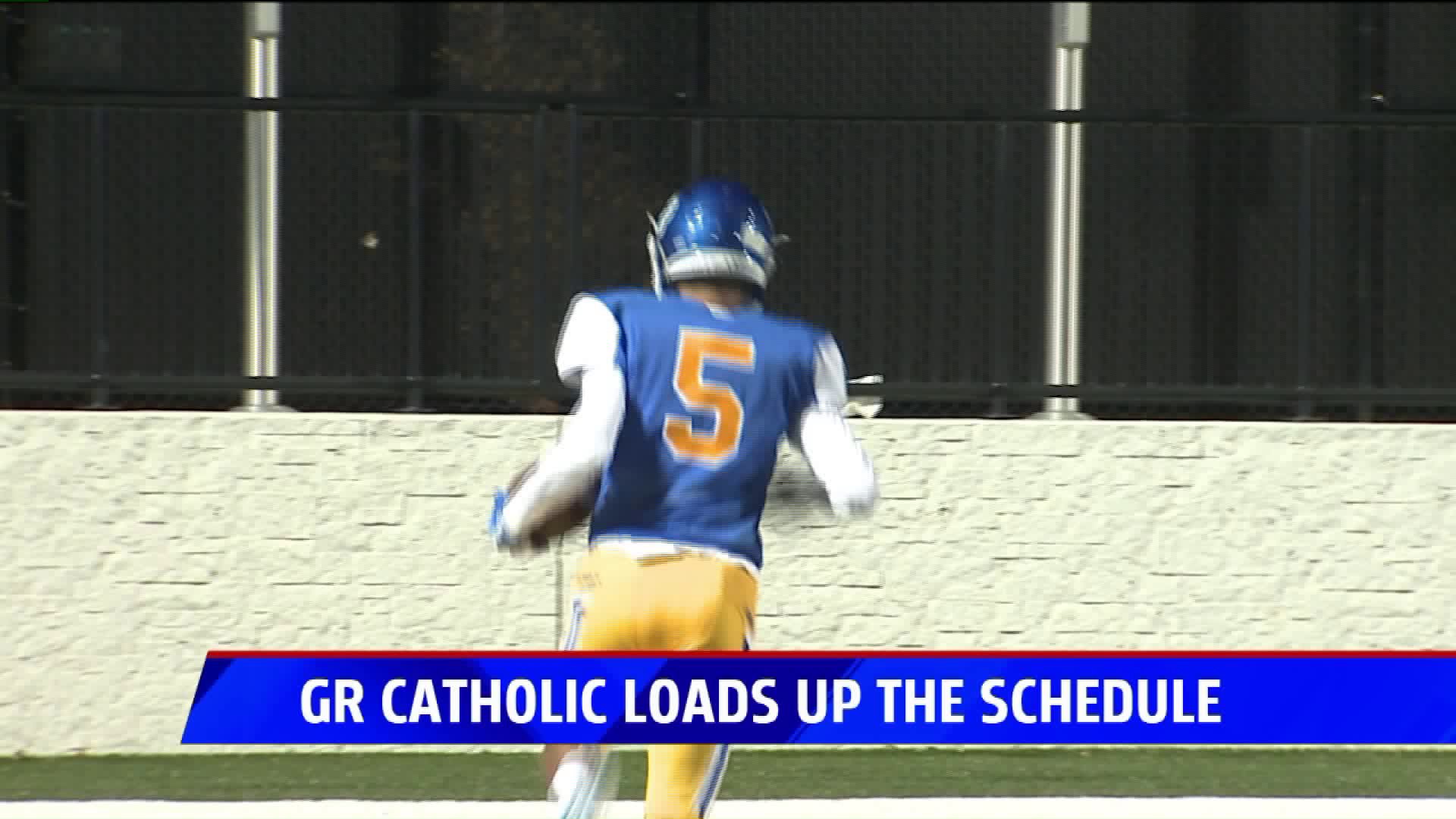 GRAND RAPIDS, Mich -- The Grand Rapids Catholic Central Cougars football team is looking to reload in 2019 after a state semifinals appearance in 2018 in which the team finished 11-2 overall. The Cougars would fall to eventual state champion Edwardsburg in the semifinals, 46-44 in overtime after battling back from a 24-0 deficit.

That's all in the rearview mirror, however, as the Cougars return star wide receiver Jace Williams, who recently landed an offer from Michigan State. Defensively, Catholic Central will return three starters at linebacker, all entering their third season of starting at the position.