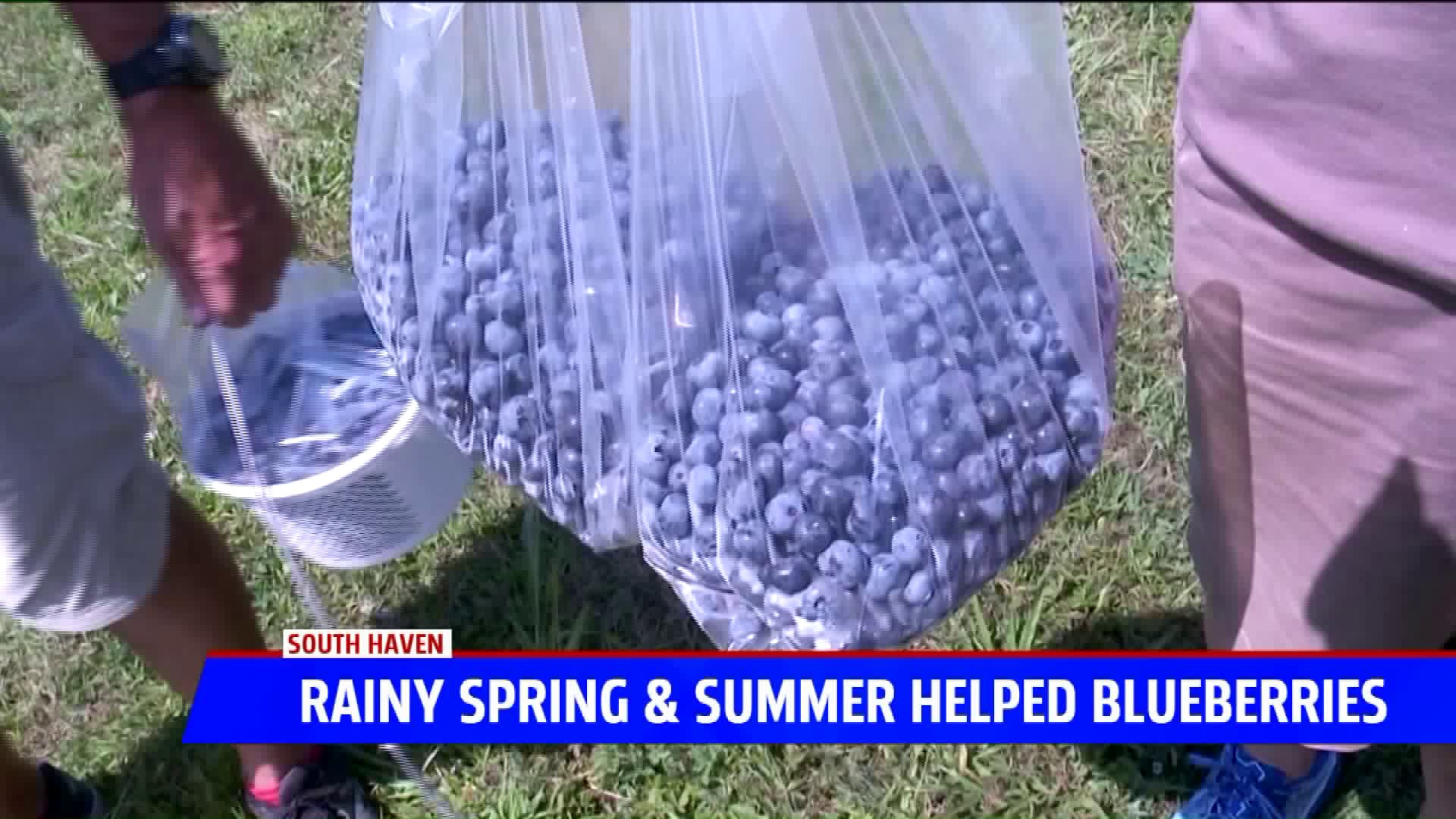 SOUTH HAVEN, Mich. — Shelly Hartmann loves a good blueberry, she said. She considers them to be nature’s perfect fruit considering it's filled with antioxidants.

She co-owns True Blue Farms in Grand Junction along with her husband. However, over the next few days she will be at the National Blueberry Festival in downtown South Haven, where there will be a parade, a pageant, a pie-eating contest and dozens of other activities.

“We’re gonna have plenty of blueberries at the Blueberry Festival being that we’re late in the season,” Hartmann said during an interview at her farms. “They’re going to have such good quality, good-tasting blueberries. It’s going to be such a fun festival.”

This year, attendees can expect “big, juicy blueberries that taste awesome” she said. The crop this year was good despite all the rain this spring and summer. The weather was wet but it kept the blueberry bushes cool which helped with pollination, she said.

“You gotta remember: blueberries love it wet,” Hartmann said. “They love moisture in the ground. Of course, they don’t like to get the roots wet and be wet too long. But they really like a moist soil. So it was really good.”

By the end of blueberry season, Hartmann predicts that Michigan will have produced 90,000,000 pounds of blueberries, she said. Forty-two million will go to the processor and 48,000,000 will go to the fresh market.

“As farmers we work so hard to bring in our crops and to produce a great quality good-tasting crop,” she said. “This is a way to kind of spread the bounty to all the other consumers.”

Hartmann said what she loves most about the Blueberry Festival is that it encourages people to buy locally. Michigan is known for its fruits, like cherries and blueberries. She hopes people will continue to buy their produce from local farms after the festival.