The Lions and Patriots prepare for Thursday’s preseason opener 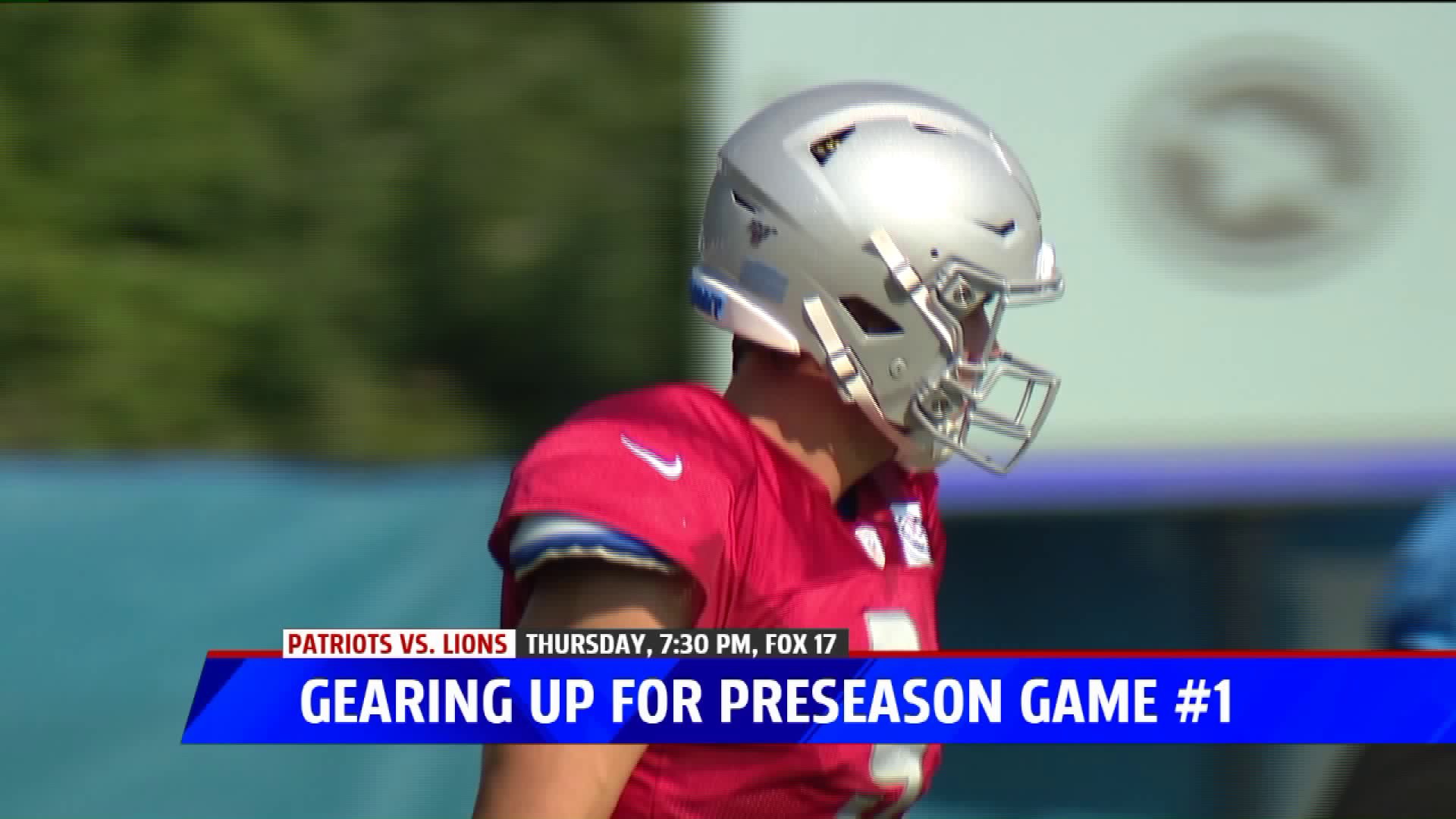 ALLEN PARK, Mich -- It was day three of joint practice between the Detroit Lions and New England Patriots on Wednesday and head coach Matt Patricia knows both teams have things to work on.

"I think both teams and head coaches know that neither of us are in peak form," Patricia said, "nobody has gotten a first down yet in the NFL on our two teams anyways."

Patricia, who came to Detroit from New England, says it's good to get a championship culture like the Patriots to scrimmage against.

"I think we're just trying to make sure we practice at a high level and then we'll go in and fix it and see how it goes but it's always great to get some good competition which is what the Patriots provide."

"They have a great organization," linebacker Devon Kennard said, "they've been very successful, being able to practice against them and get that good level of work is important especially this early in camp."

Thursday's preseason opener will begin at 7:30 PM on FOX 17.