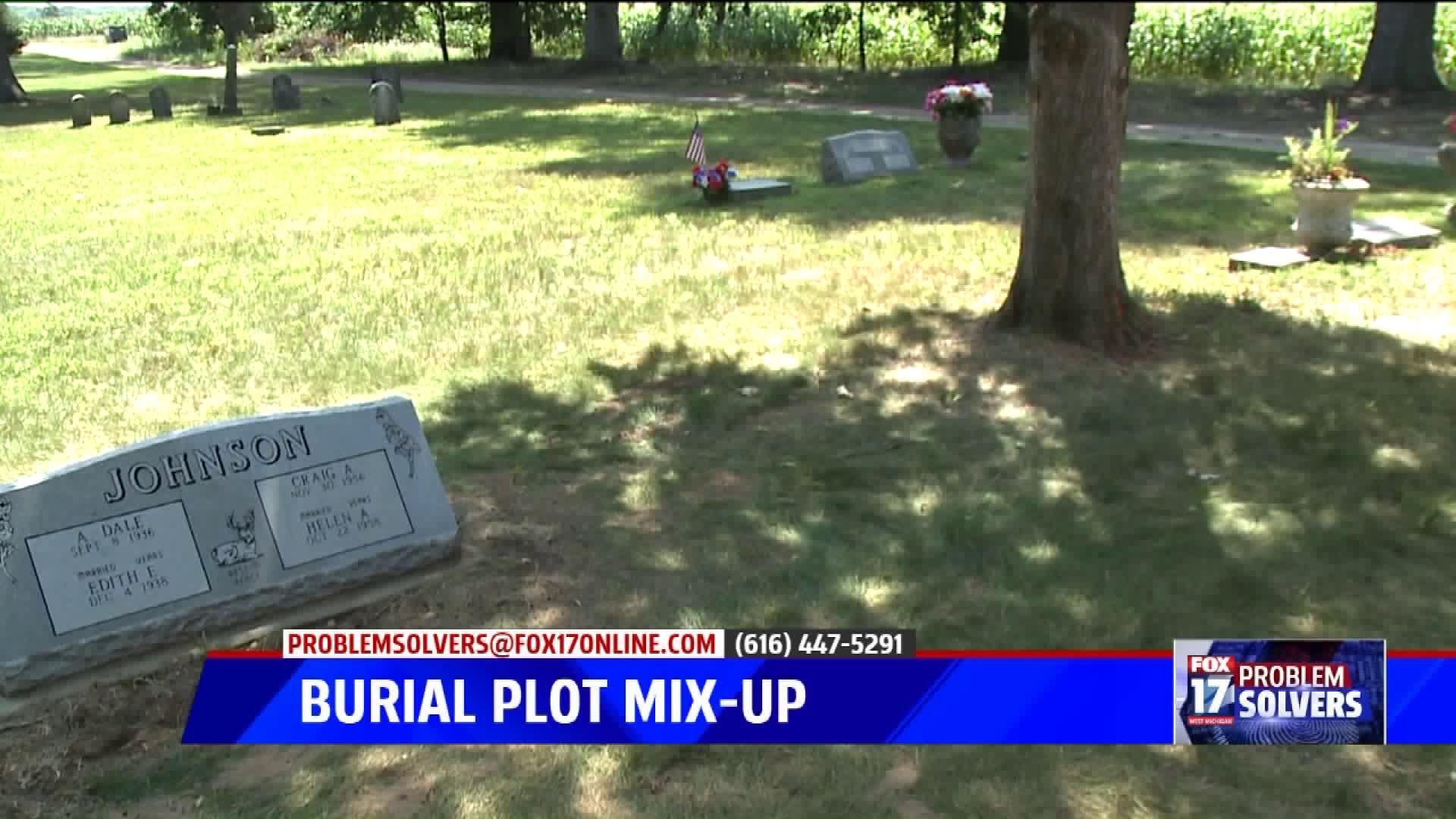 TYRONE TOWNSHIP, Mich. -- Craig Johnson Sr.'s family members are buried throughout Tyrone Township's Idlewild Cemetery, and he said his father's dying wish was to be buried there next to his parents. But in June, Johnson said his father, Dale, noticed an issue with his own headstone which had been  installed in one of several plots he purchased for the family.

"Dad said, 'I don't know if that's in the right spot,'" Johnson recalled.

Johnson said the township told him, 'That's okay if it's not. Just let us know. We'll take the headstone off, move the footing and put it back on. It's no big job.'"

Dale's grandson, Craig Jr. said, "And the family is supposed to point it out. It's not supposed to be placed somewhere, check it out and then tell us if you want it moved. Somebody should have been there to point out where (the headstone) needed to go in the first place.

To the right of the headstone's current placement there are supposed to be room for two other plots.

Tyrone Township supervisor Bob Sarachman told FOX 17, "So the township believes that the stone is in the proper place."

He said, "We've moved it once to the spot where we think the boundary of grave number 6 is. We believe that there are still two sites here."

Sarachman said the discrepancy comes down to that boundary and said there's supposed to be an easement between the plot (headstone) and the tree.

"We're not putting anybody, whether they're cremains or an actual vault, in those spaces that you saw on the map," he explained.

"I believe that it's in the proper place right now. So how do we prove that it's not? I don't know to be honest with ya," Sarachman said.

Dale Johnson passed away July 15th. His wife, whose name is also on the headstone along with Craig Sr., said the family had planned everything in advance to make sure everything goes smoothly. They just want the headstone moved to where they believe it belongs.

Edith Johnson explained, "It's going to be a military funeral when we can have it. He served 4 years in the United States Air Force."

Sarachman said he's not sure what the solution is but said the township is and has been working with the family to come up with a resolution. He said the family can have a survey done as well.