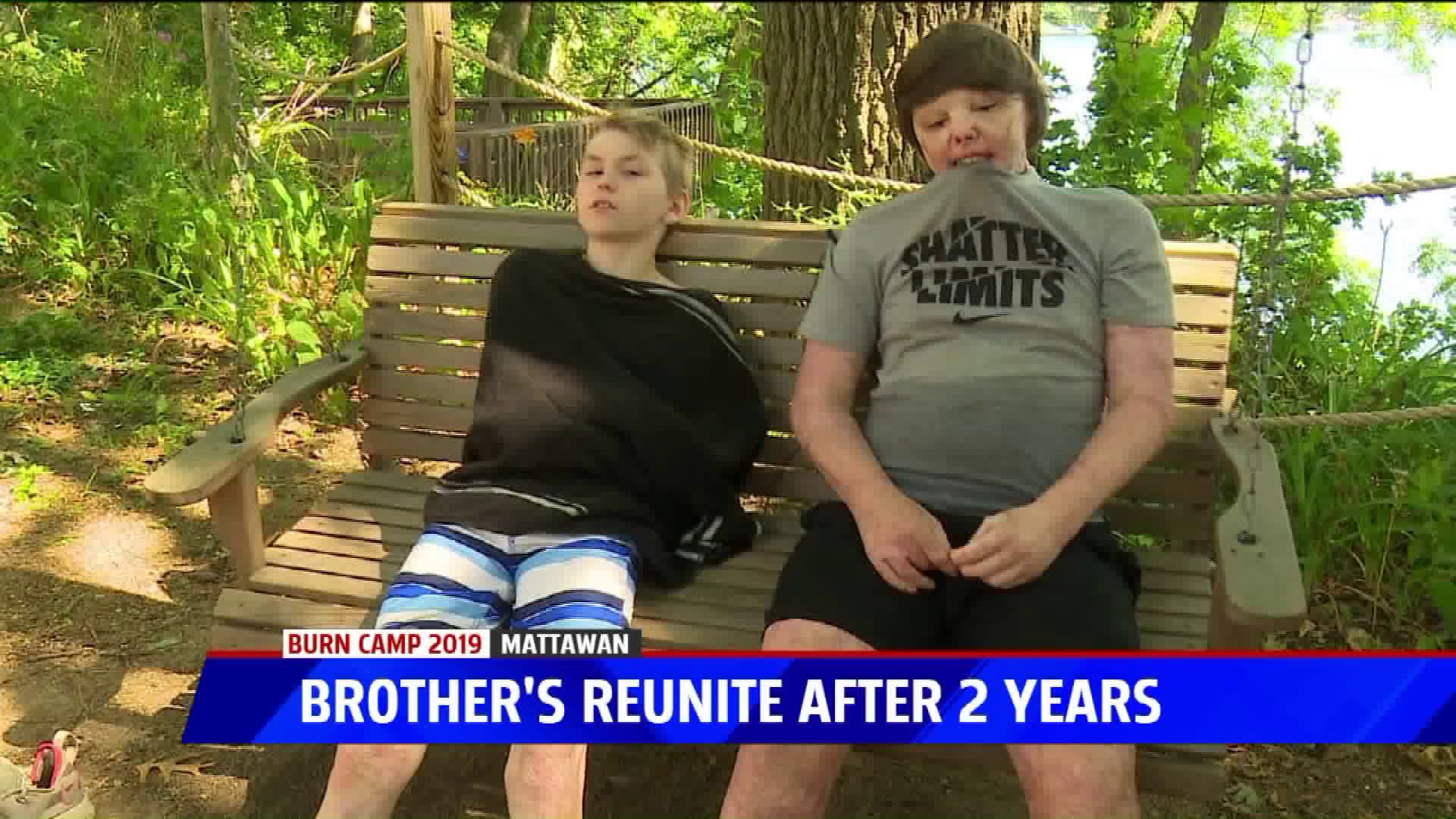 MATTAWAN, Mich. — It’s been over two years since a pair of brothers were severely injured when the Wexford County motel room they were living in exploded.

The boys don’t get to see each other much, as they live with their respective fathers while they recover. On Thursday, they got a chance to reunite at the Great Lakes Burn Camp in Mattawan.

Sixteen-year-old Brian Adams and 13-year-old Marcus Thomas still talk to each other all the time through FaceTime and say coming to camp is a fun way to see each other and be around other kids who share the same struggles they are dealing with.

“Just being around the people, it’s fun. You can’t do (that) every day, being around kids like you that have the same conditions as you,” Thomas said.

The brothers also get to see old friends like Michigan State Police Sgt. Dan Drew, a fire investigator who was the person on the motel fire case.

“Brian is a special kid he really is, he has a heart of gold, I keep talking to him usually via text when we are not at camp,” Drew said. “We do keep in contact as much as we can.”

That friendship brought Drew to the camp, where he volunteers as a lifeguard.

“They said they needed some help at the waterfront and I volunteered to help them out,” he said. “I hate to sound selfish, but it’s actually very therapeutic for me, seeing the kids heal and come together and they interact with each other who are also burned that actually helps me for some of the things I see.”

Adams is still flying to Boston for treatment. His family is raising money to pay for the costs through a GoFundMe .