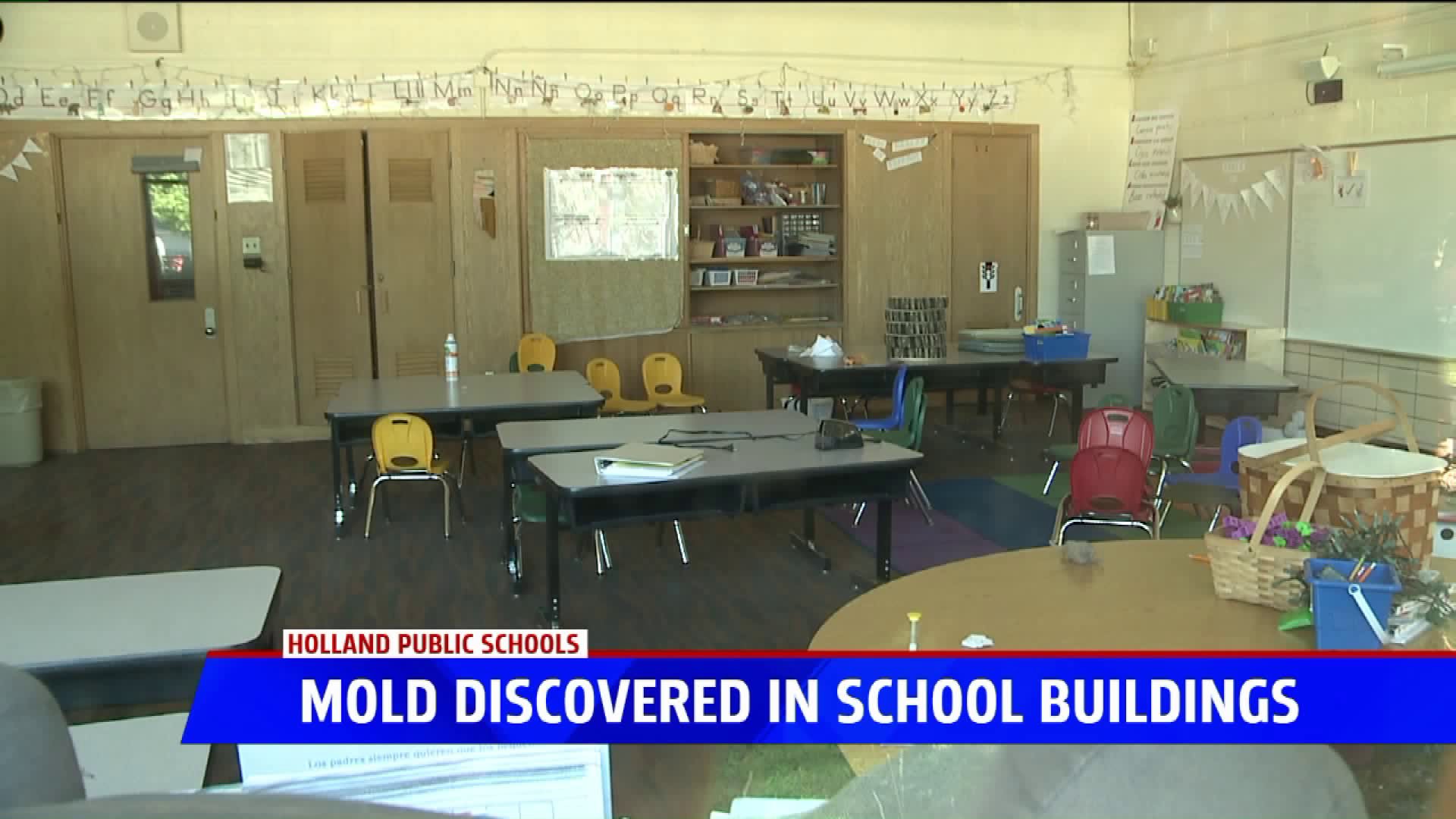 HOLLAND, Mich. — School starts in a matter of days for many students, but some students in Holland will not be in their normal building when they return.

Three Holland Public School buildings will now have to be professionally cleaned to remove mold and mildew the grew over the summer. The schools impacted are Maplewood and Holland Heights elementary schools, and Holland Language Academy.

Maplewood and Holland Heights are expected to be cleaned in time for the students first day, but Holland Language Academy could be closed for months.

The problem was first discovered by cleaning crews that fell ill while working in the academy building. The crew notified the district that they could have some air quality issues.

Once the problem was found, Holland Public Schools checked all other buildings for additional issues.

That is when they discovered mold in Maplewood and Holland Heights. The mold isolated to a few storage areas and on some carpet, leading to the small cleanup timeframe for the beginning of the new school year.

The problem was widespread in Holland Language Academy, meaning students will now have to learn somewhere else. Holland administration decided to place them in the vacant Longfellow building in Holland.

"We had an issue with a controller that caused the air conditioning unit to shut down. In turn, it kind of aligned with that hot and humid weather and rain" said Holland Deputy Superintendent Karen Sherwood. Karen also mentioned according to the experts they have been speaking with, it only takes 60% humidity over a 72-hour period of time for spores to start to grow.

There is no set timeline on when Holland Language Academy will be clean and ready for the students to return.

Once the remediation is complete and additional tests are run to make sure the air is safe, students could potentially return to the building this year. Whether they make that move depends on the time of the year and how easily the transition would be.