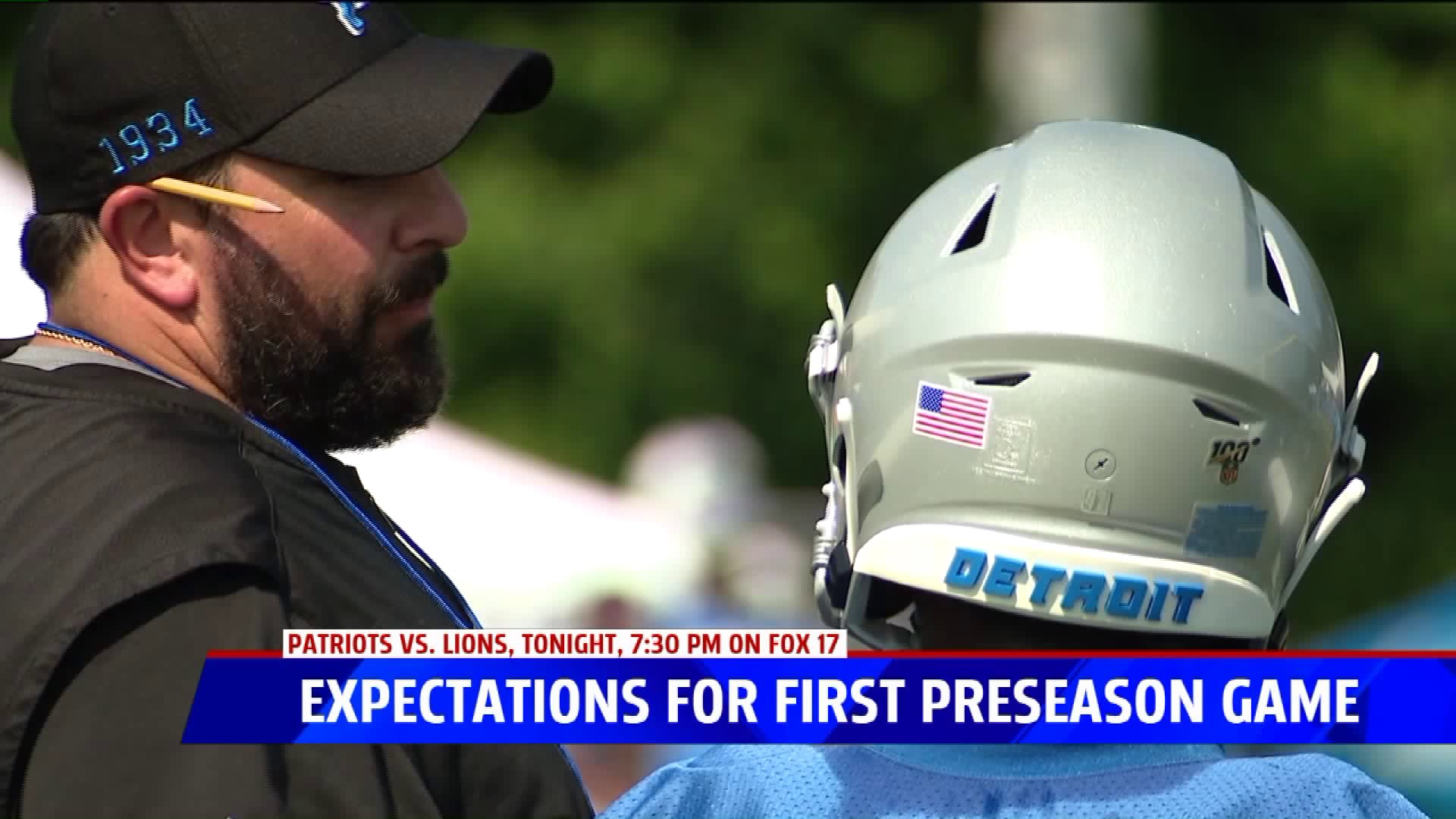 DETROIT, Mich -- The Detroit Lions are getting set for Thursday night's preseason opener against the New England Patriots.

"I think it's a good barometer for the team to see where they're at and they're always compared to the Patriots, that's where Bob Quinn is from that's where Matt Patricia is from," Lions Wire managing editor, Jeff Risdon said.

With the game being against Quinn and Patricia's previous employer, the game could mean a little bit more, according to Risdon.

"I think there's more emphasis on winning this one more so than a normal preseason opener, I think they'll come out and try to show what they can do. You always want to show up your old boss," Risdon laughed.

The Lions, like several other teams, have some position battles going on into tonight's preseason opener.

"I think you're going to see an inspired team come out there's a lot of position battles going on, those will be very spirited, the Patriots have some as well. It's not the same Patriots team that we're accustomed to seeing, they're trying out some new things as well.

And with preseason football comes the unknowns.