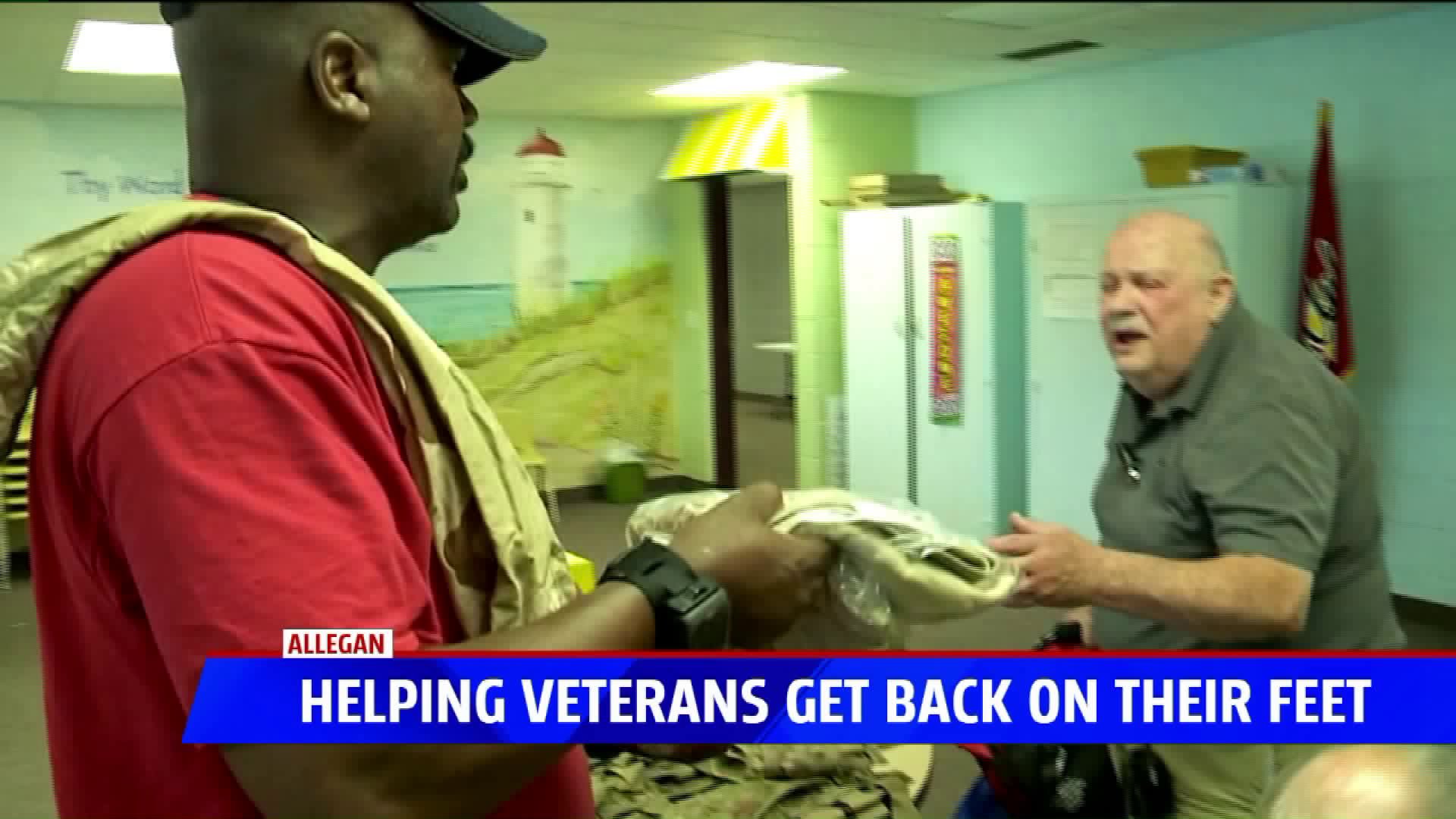 ALLEGAN, Mich. — Reginald Howard knows what it's like to give up on life, he said. He served in the Navy between 1980 and 1991 and learned a lot about life.

However when he was discharged, he turned to drugs and alcohol and found himself homeless.

“I know exactly what a person is feeling when they’re at their low point,” Howard said. “I also know what it’s like to be able to look at a bus go by and to be able to drive a car.”

Twelve years ago he entered the treatment program at the Battle Creek V.A. and didn't expect to get anything out of it. However, he turned his life around and in 2008 they offered him a job.

Today, he’s a certified peer specialist. It’s his journey that inspired him to be a vendor at the seventh annual Veteran’s Stand Down event, he said. He wants to help other vets get back on their feet.

Howard was among the two dozen organizations and companies who set up booths at First Baptist Church to meet with veterans and help them with whatever service they needed, from housing to employment to healthcare.

“This is a nice place that has all services that are local resources for veterans who are maybe just getting out of the military and trying to re-acclimate back into civilian life or for veterans who, for whatever reason, are homeless or in danger of homelessness,” said Sherry Owens, director of senior and veteran services with Allegan County. “They can literally do a one stop shop in an environment thats kind of created to honor their service.”

The whole church building was utilized. After vets walked up down the aisles of the booths in the main hall, some received free Hepatitis A shots in one room while others shopped for clothing in another room.

“There’s nothing greater when you see an army guy come through and he sees a pair of boots that he had back in the 60s or 70s but he got a brand new pair now,” Howard said. “‘Oh my god, I thought I’d never see a pair of these’ and the next thing you know we’re giving them a pair for free.”

Owens said 97 veterans were helped during the event, which is up from 84 last year. She said they’ve come a long way from the 32 they started with seven years ago.

“It’s very rewarding to see people that you haven’t seen in a couple of years,” she said.  “Maybe they’re just back to volunteering now because they got the help that they needed.”

Owens said that's the best part, seeing veterans get a job and then a house and a car.

Howard is an example of that. He hopes others will do the same.