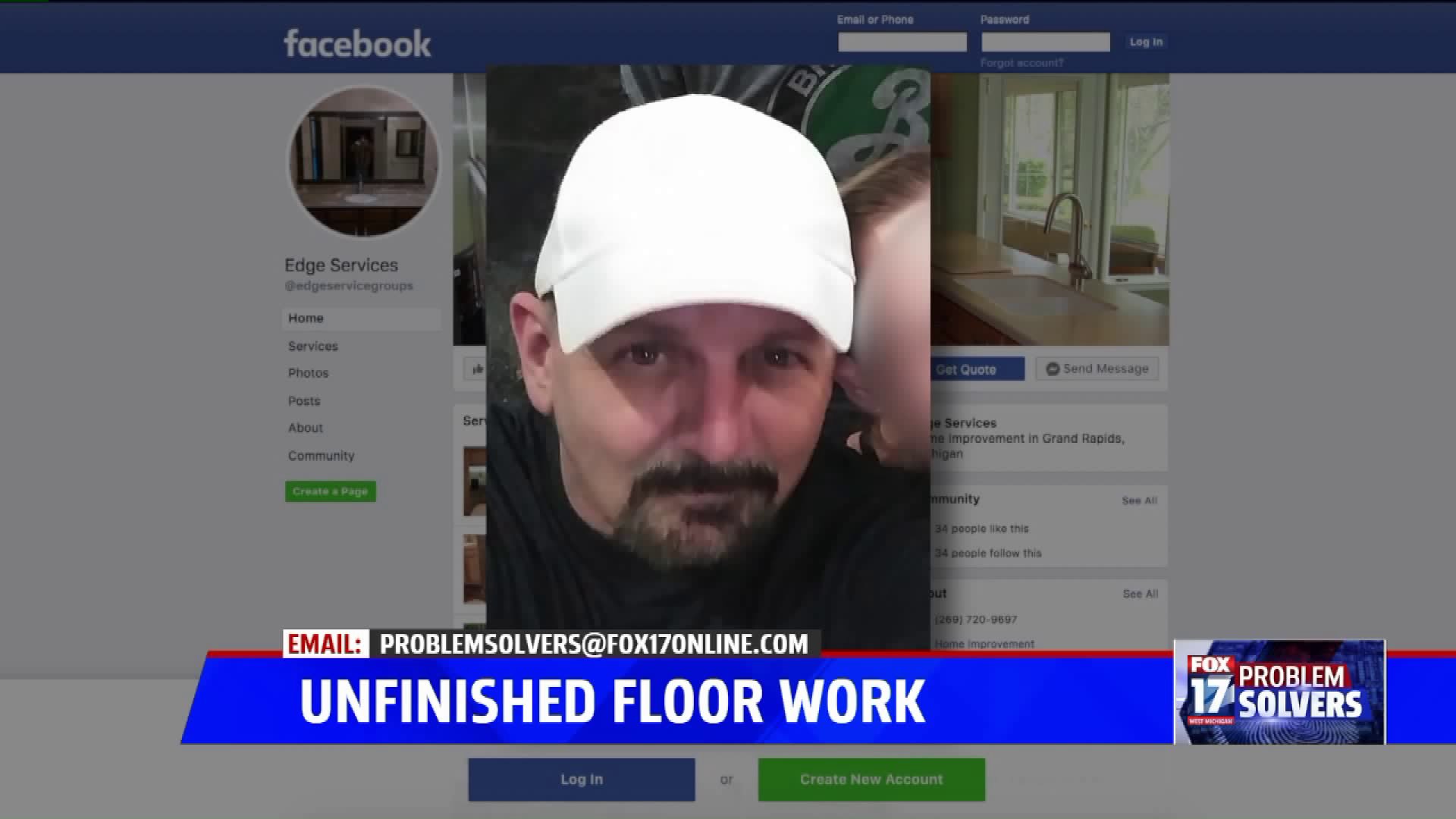 GRAND RAPIDS, Mich. — Peggy Moore said she saved up for a couple of years to have her kitchen and living room floors redone.

She paid Kyle Ziegler of Edge Services $1,800 to put in hardwood or laminate flooring in November of 2018. Today, her floors are still the same.

"When he never showed back up and didn't get the materials I ended up calling the credit union and they sent me, well, faxed me over a copy of the cancel money orders and he had cashed it the day right after I gave it to him," she explained.

Moore said Ziegler gave her excuses and eventually stopped responding, so she asked a refund.

"At one point, he blocked me on his phone and I tried to go through Facebook. I noticed he had a Facebook page and blocked me off of Facebook. I had no other way contacting him,"
she said.

FOX 17 called and spoke with Ziegler, who agreed to a phone interview.

He claimed to deliver 32 boxes of laminate flooring, and Moore just didn't like the material.

"And then, of course the reorder and everything was going to take several weeks," Ziegler said. "... Then she got upset and said, 'OK, screw this.' We went back and forth for a while and then she said I want to cancel everything. I said, 'That's fine.'"

He says he didn't hear anything for months until he was contacted by Problem Solvers.

"I'll check to see if he refund was cashed. If not, I'll issue a second check," Ziegler said.

Moore claims that is not how things went and when she reached out to him this summer, he hung up on her the latest time. She said she just wants her money back.

"I trusted him. We had conversations. I thought he was a good guy," Moore said.

You want to do your homework when hiring for home improvement. Moore said she hired Ziegler a few years ago and he did a good job on another room.

Ziegler said he'll check with his bank and get another check reissued if Moore didn't cash the first one he claims to have sent her.