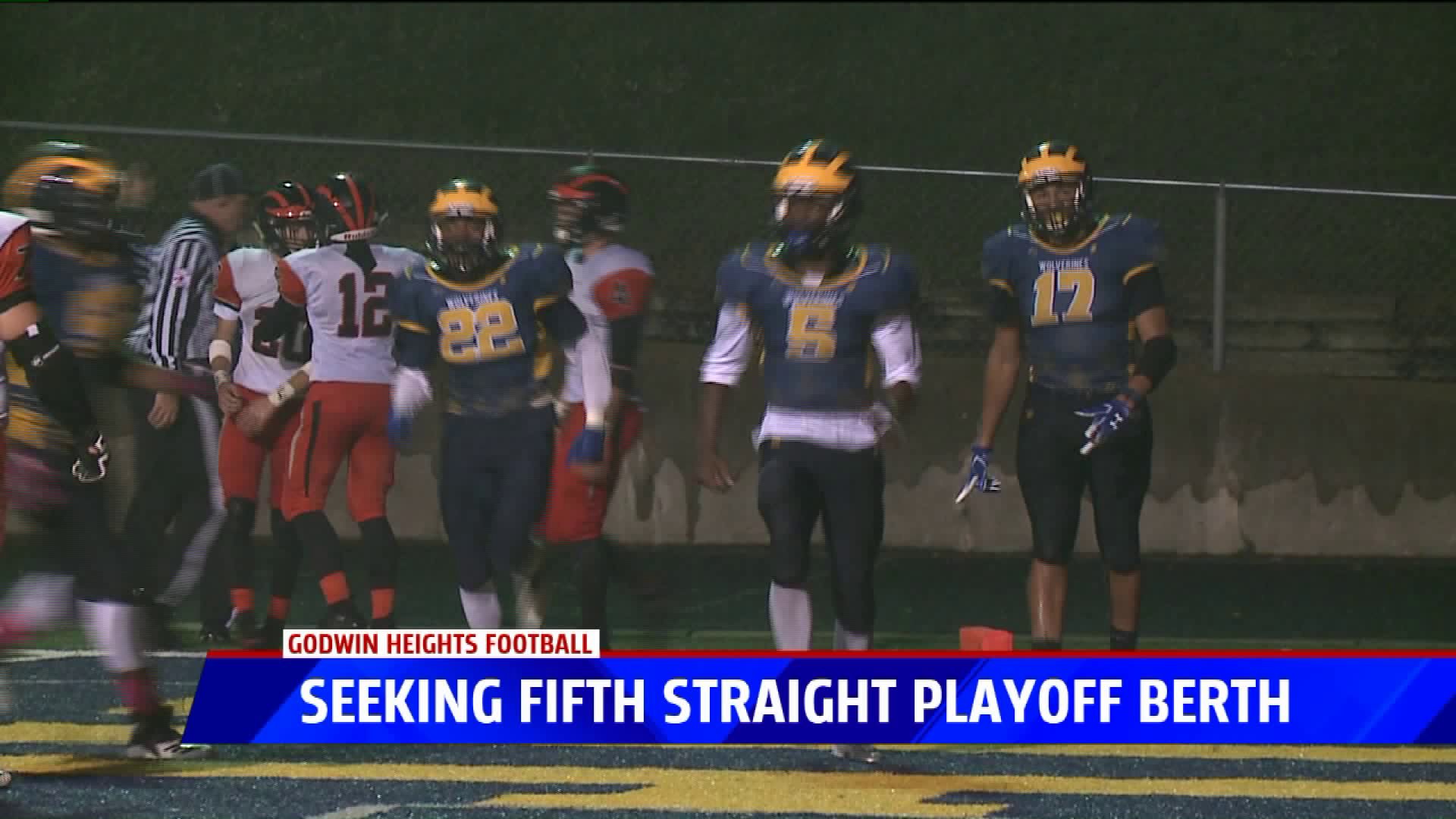 WYOMING, Mich -- It's hard to believe Godwin Heights didn't even field a varsity football team in 2012 considering the success they've had recently. The Wolverines haven't had a losing season since then and have made the playoffs for four consecutive seasons after last fall's 6-4 record.

This fall will bring an insanely tough schedule for the Wolverines, however, as they state champion Unity Christian in week two. Not only that but things will be tough in the OK Silver this season with Hopkins, Belding, Kelloggsville and the Wolverines all playing each other twice.

By our count, the Wolverines return six starters on offense including four along the offensive line. However, Godwin will lose standout Marshawn Kneeland to graduation who is the program's career leader in tackles, tackles for loss and sacks, he's now playing football at Western Michigan. Another key loss will be leading receiver, Kalen Brown.