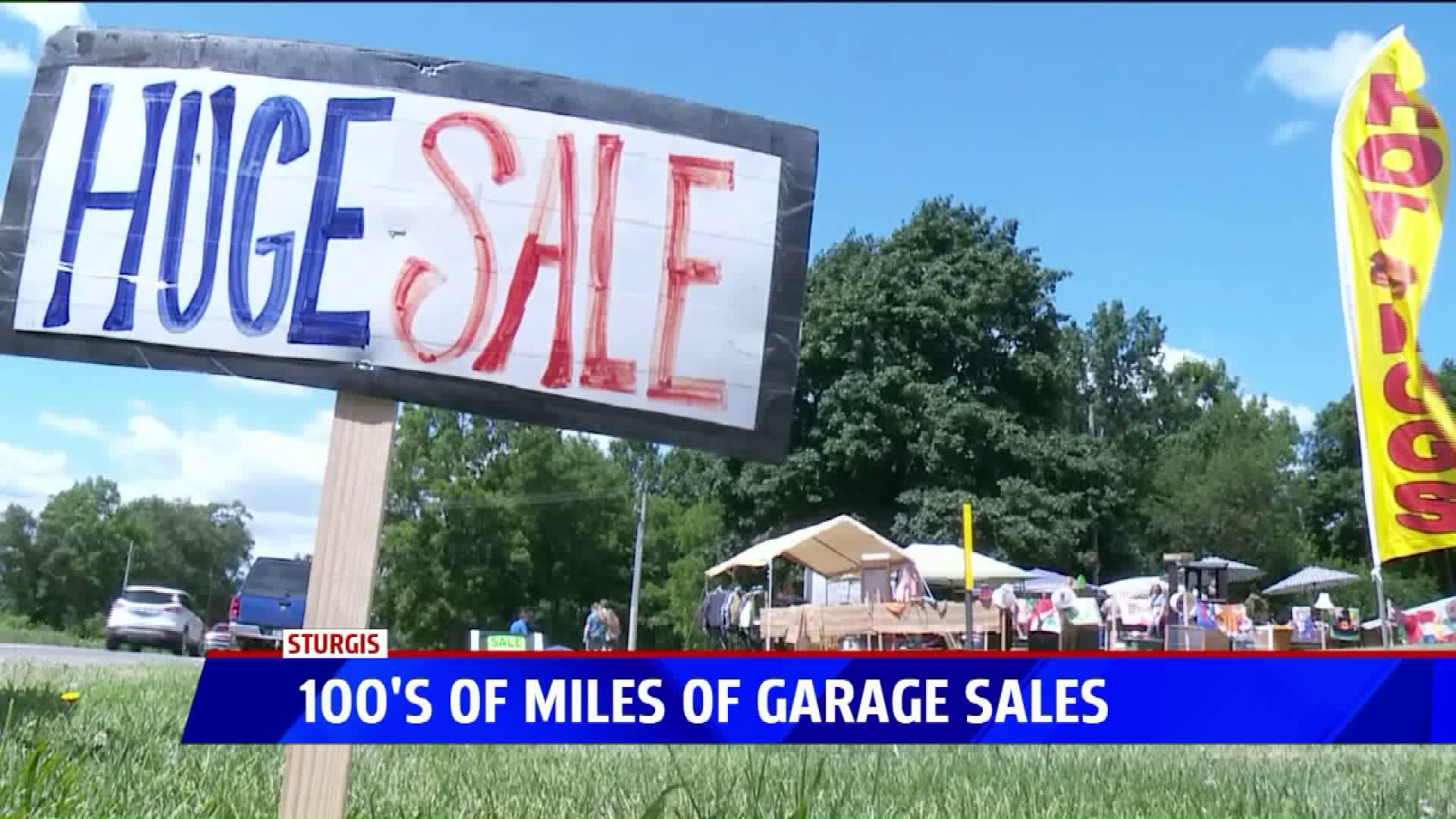 STURGIS, Mich. — Korey Maxwell said the garage sale at Gracepoint Baptist Church was so busy Friday morning that he had to turn people away before it even opened.

“We weren’t ready to go,” Maxwell said. “But we’ve been doing really well. We have a lot of foot traffic here. We have a really good location.”

Maxwell and his family set up a garage sale next to a few other vendors in the church’s parking lot along US-12. They were among the 278 locations along the highway participating in Michigan’s longest garage sale.

Kris Martin, the project coordinator of the US-12 Heritage Trail, said that the booth locations stretched 180 miles, from New Buffalo all the way to Detroit.

“A lot of people like bargain hunting and finding historical things,” Martin said during a phone interview with FOX 17. “It kind of helps tie those communities in more than just having the route go through them themselves.”

Thousands of people are expected to attend the three-day event. Maxwell said he’s met customers from Ohio and Virginia.

“It’s just been so gratifying,” said vendor Julie Thatcher. “People have just been coming and our biggest seller has been the jigsaw puzzles.”

Thatcher’s booths consisted of board games, clothes, kitchen items and a credenza with an 8-track player. All of the proceeds will go to upgrading the oldest building in Sturgis, the American Legion Post on Chicago Road.

“We have two of our big air conditioners out,” said Post Commander Harold Melvin. “We’re fundraising to replace them, $21,000”

He said they simply don't have the money right now to purchase the units. So they're grateful for whomever comes by. His post members were grilling and selling hotdogs and hamburgers to raise money as well.

The event ends Sunday afternoon. Maxwell said he's grateful his family benefits from the event, by turning a profit, and so does the local economy.

“We get a lot more people into the community, especially Sturgis,” Maxwell said. “We’ve had so many people from all over the place. It’s really good to bring people in and get our restaurants some money too.”