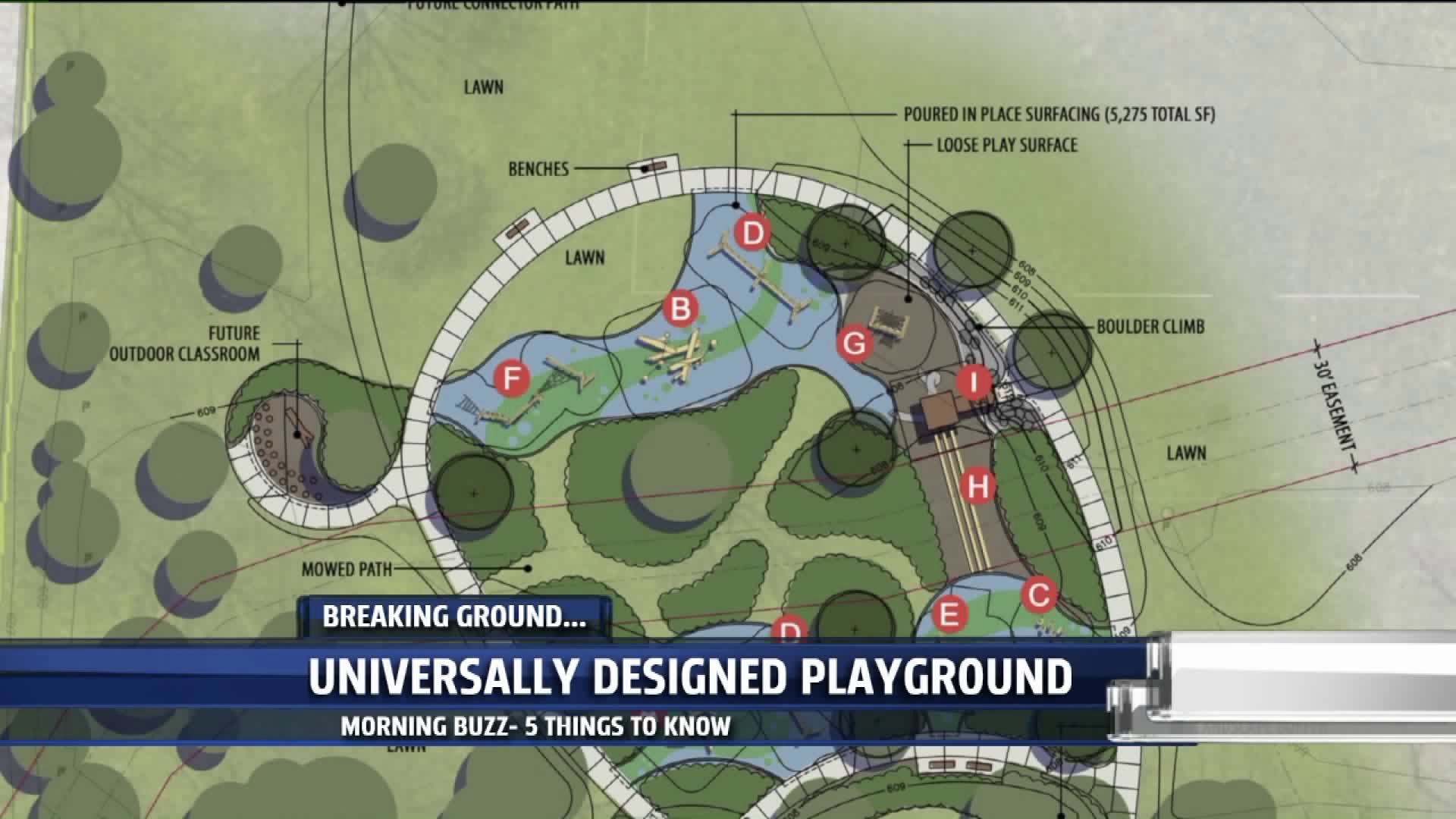 1. ArtPrize Project 1 starts in about a month and opening day details have been released.

Project 1 will run September 7 - October 27. The event is the first biennial event from ArtPrize. The event will feature six artists displaying projects on one theme: Crossed Lines.

The opening launch of Project 1 will be at noon on September 7 at Rosa Parks Circle in downtown Grand Rapids. It'll be headlined by Bandaloop, along with the Grand Rapids Ballet, GVSU Music and Dance, Grand Rapids Public Schools, and more.

Starting at 2 p.m. on September 7, activities will kick off in Martin Luther King Jr. Park.  The headlining performance will be from cellist Jordan Hamilton with a performance of experimental hip-hop, folk, soul and classical music.

Later that evening at 6 p.m. at Tanglefoot, London's Drag Syndrom will make their first U.S. performance.

2. John Ball Zoo is announcing a new park that's designed for kids of all ages and abilities.

Several guests will be speaking about the project at a groundbreaking ceremony next Wednesday.

The universally designed playground will allow all guests to experience everything it has to offer without the need for adaptation or specialized design. It also includes sensory features for the visually impaired.

It will be located at the southeast side of John Ball Zoo's Park.

3. The vibrant sights, sounds, and traditions of the Hispanic culture will be put on full display, Friday, August 9-11 in Calder Plaza, as The Hispanic Center of Western Michigan is excited to host the Hispanic Festival!

Free entry for the whole family but bring some cash to enjoy delicious entrees and shop the vendors.

There will be live entertainment, kid’s activities, dancing and more!

Everything kicks off at 5pm Friday and ends at 5:30pm on Sunday. For a full list of hours and events, head to their Facebook page.

Last night, each team went back and forth with choreographed dances, and then came together for some finale moves at the end.

No word yet on a winner, but it's probably safe to say everyone wins after seeing it.

5. It's one of the most iconic movies about baseball, and next season two major league teams will be playing on the Field of Dreams.

The Chicago White Sox and New York Yankees are set to play in Dyersville, Iowa for the first time ever. IT's where the 1989 movie "Field of Dreams" was filmed.

The field carved out of a cornfield is still a popular tourist attraction.

A temporary 8,000 seat ballpark is being built next to the movie field.

The regular-season game will be played next August.