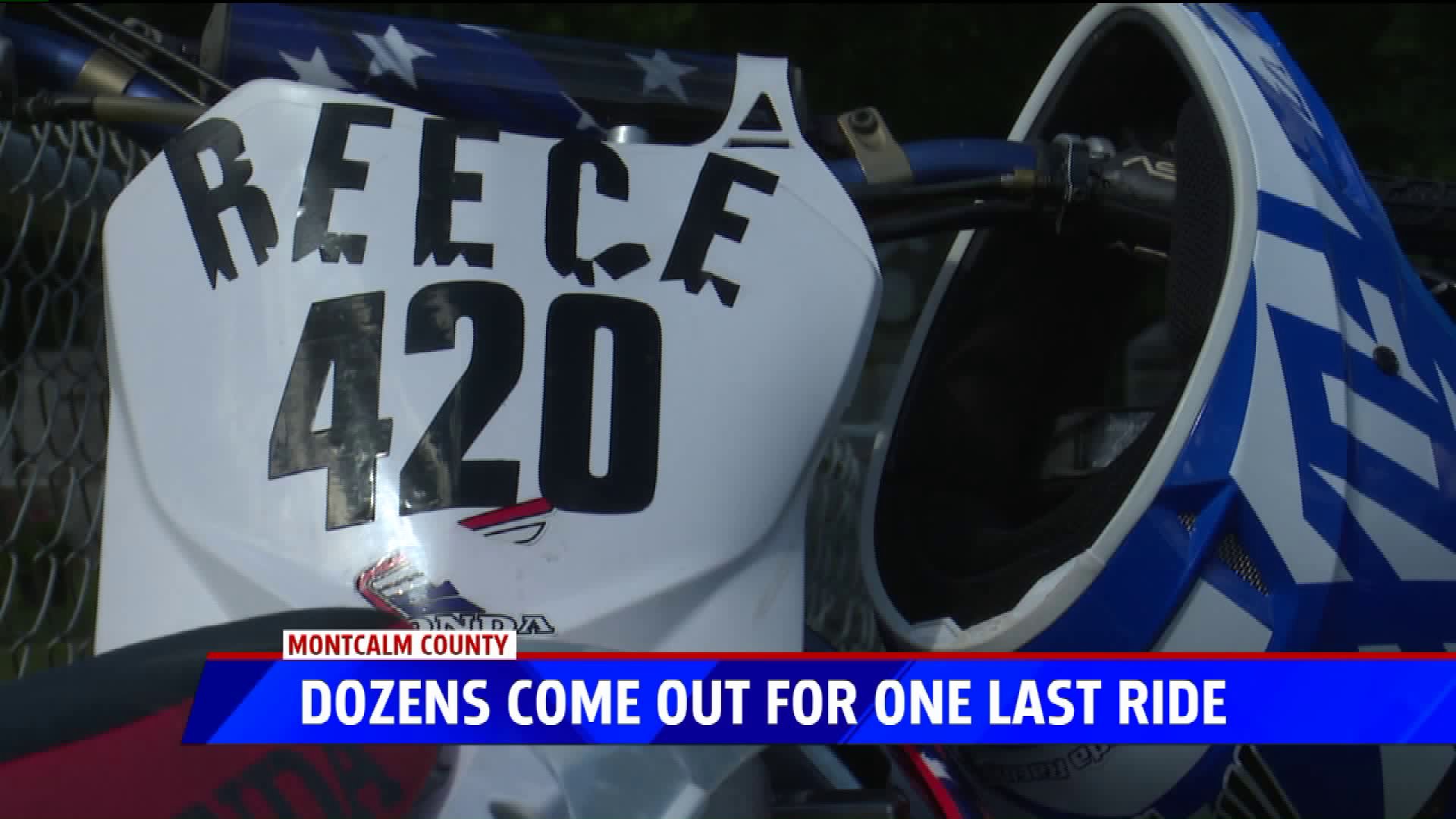 HOWARD CITY, Mich. — Friends and family honored a teenager who died last week in a crash.

Reece Nice, 18, loved dirt bikes, motorcycles and anything with wheels. At his services on Friday, his family and friends rode their bikes in a procession behind his casket.

"It's all he ever did, and he used to drive me bonkers with his dirt bike," said his stepmom, Cori Nice. "Dirt bikes have always been his passion, anything off-road."

About 100 people followed Nice during the 20-minute route from the funeral home in Cedar Springs to the burial site in Howard City.

"I think he would love it," said Hunter Bradley, who learned how to ride from Nice. "He's probably riding up there right now, wouldn't doubt it."

Nice began riding as early as he could walk. His family described how he loved it so much, saying he would tear up their yard when he was a boy.

Nice died on Saturday. Deputies say he was driving west on W. Lake Montcalm Road Saturday evening when he lost control of his vehicle and hit a tree. The vehicle then caught on fire.

His girlfriend was riding as a passenger at the time. She managed to attend the funeral while standing on crutches.

"I loved him," said Madison Nieto, Nice's girlfriend. "He was the brightest person I knew. If you were sad or fighting, he would say something and you would just start laughing. There was a never a day when he would not make me smile, even when we were fighting."

The family has started a GoFundMe. If you'd like to help with funeral costs, you can click here .