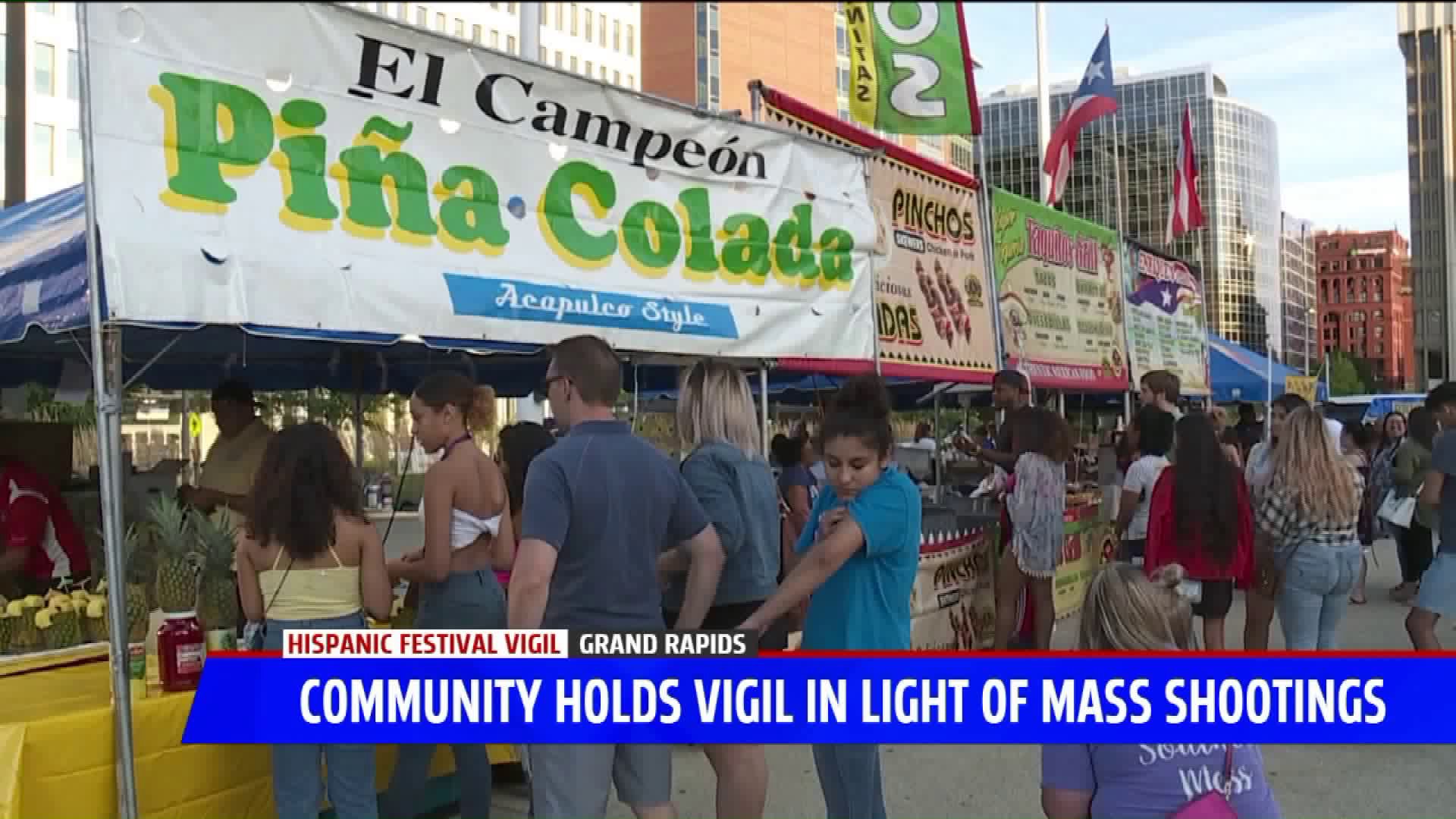 GRAND RAPIDS, Mich. — Hundreds of people gathered Friday night to remember the people who were killed in the mass shooting in El Paso.

The Hispanic Center of Western Michigan held a candlelight vigil to honor the victims of the shooting, and later turned the event into a celebration of Hispanic culture.

The Grand Rapids Hispanic Festival is typically a time of celebration, but the center’s director said they had to use the opportunity to speak up.

“As a community we know that we also come together at times that are trying and times that are hard and tonight with everyone here we just wanted to make sure that it resonated with the community, what it is to grieve with a community as large as the one we have in the country,” said Adnoris Torres, executive director of the Hispanic Center of Western Michigan.

The festival also has events scheduled for Saturday at Calder Plaza in Grand Rapids.