Former North Carolina pitcher gets back into baseball with Kalamazoo Growlers 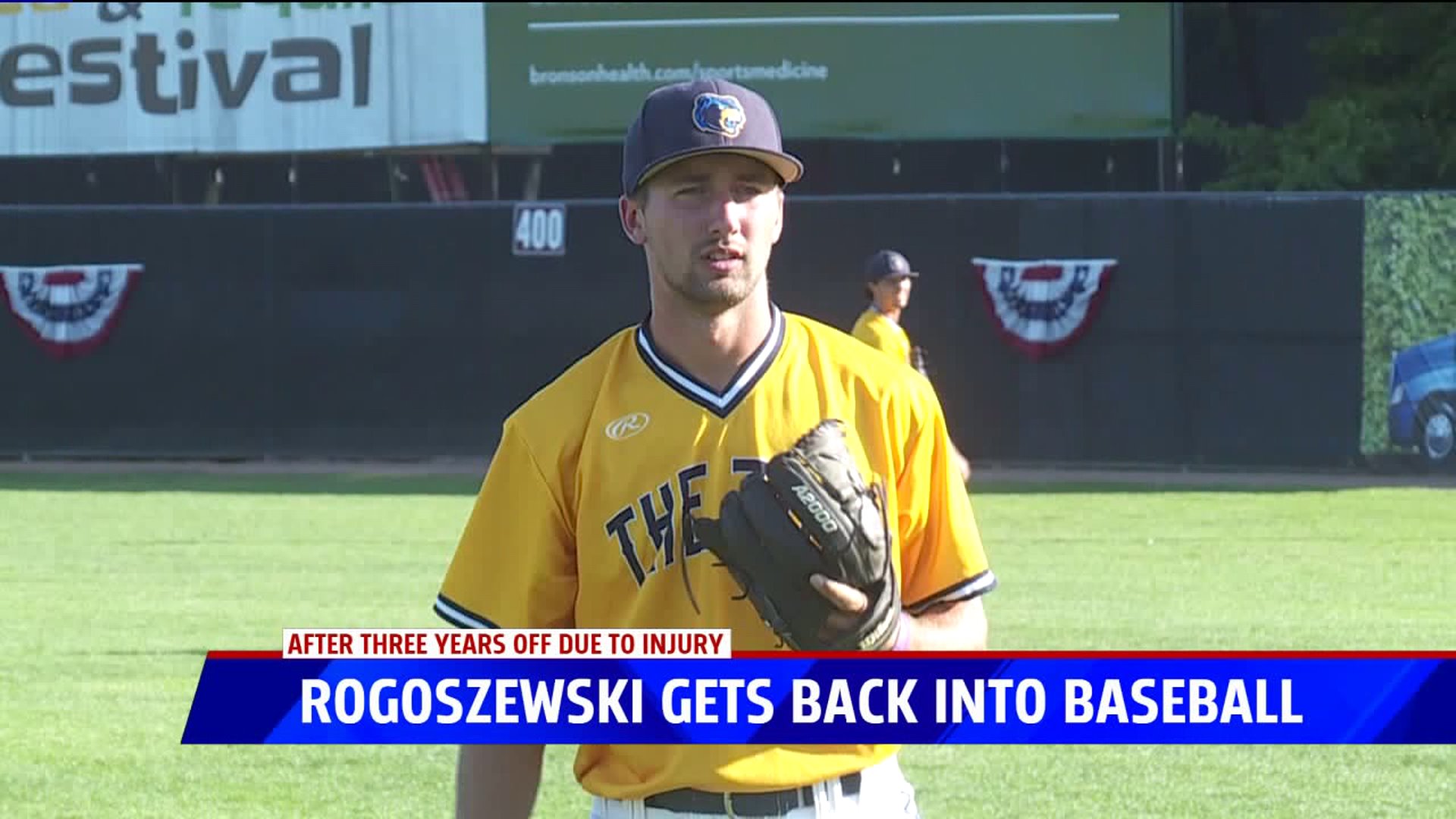 KALAMAZOO, Mich -- JT Rogoszewski led his West Virginia high school to a state championship in 2014 and was ranked the top player in the state before committing to play baseball at North Carolina. However, after just one season in Chapel Hill, an issue with a finger on his throwing hand resurfaced.

"My finger started hurting which was the injury I had going into UNC also," Rogoszewski said.

Doctors once again couldn't figure out exactly what the finger injury was and Rogoszewski knew his baseball career was in jeopardy.

"It was the second time having the same injury after a rough fall, I could pretty much see it coming, it's a business," he added.

Rogoszewski was cut from the UNC baseball team and had to decide what was going to happen next.

"I had to make a life decision to either stay at school at UNC, a great education and everything or try to transfer, take the risk of the surgery working and pitch at a junior college or something."

Rogoszewski opted to remain at North Carolina and become a normal student which of course, brought its challenges.

"It was different, it wasn't as much missing the actual game it was just missing being around the guys all the time and being on a team. Going from being a student-athlete where every minute of your time is taking up and being somewhere one point and needing to be somewhere else in five minutes to basically all I had to do was class."

Rogoszewski couldn't stay away from baseball long, looking for a job doing something around the game.

After obtaining his bachelor's degree in May, Rogoszewski began looking at grad school and thought about using baseball as a way to do that.

"Baseball would be a way to get into a great master's program in sports management which is my degree."

Just over a year ago, Rogoszewski videotaped a bullpen session he threw and sent it to school's with his master's program. After a few weeks, he heard back from Central Michigan head coach Jordan Bischel and opted to continue his baseball career in Mount Pleasant this upcoming season.

"Their first season they had a great season," Rogoszewski said on the Chippewas, "they went to regionals and showed they have a real program. I can't thank Coach Bischel enough for the opportunity he's given me and I'm really excited to get on the field."

Rogoszewski says his finger has been 100-percent and is no longer a concern.