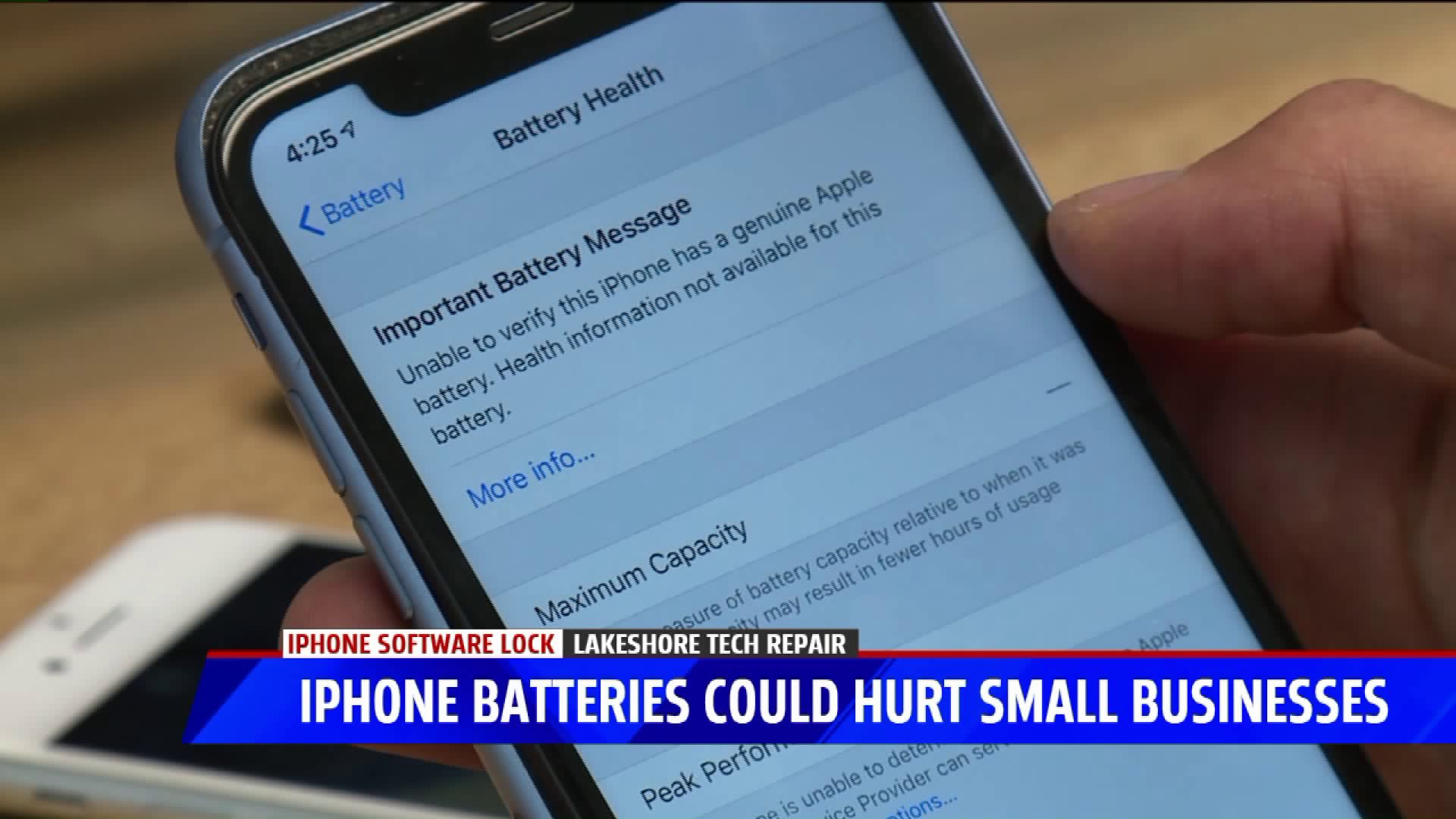 This only affects the newest versions of the iPhone.

Essentially every battery is now linked to its original phone, so if a third party company goes to replace the battery, the phone will still work but it will display a message.

A message that small repair companies believe could hurt their business.

"I think anybody would be a little bit more wary because of it," Lakeshore Tech Repair Co-Owner Sam Ventocilla, said.

"We really help customers in prolonging how long they have their device for," Ventocilla, said.

Ventocilla says this software lock could deter people from going to their shop or small one's like it for a repair.

"If I was a customer it would make me a little more worried, a little bit more cautious, which is what I think Apple wants. Apple wants people to buy new devices or go to an Apple Store, but with a lot of people being half an hour or an hour away and Apple store battery replacements taking a lot of time it's not the most convenient option for customers," Ventocilla, explained.

On Saturday, the team at Lakeshore Tech Repair swapped batteries on two iPhone XRs with Apple batteries to show FOX 17 News what happens.

Under the battery settings, a message says that the phone is unable to verify that it has a genuine Apple battery. Below that it says an Apple authorized service provider can service it.

"There's no reason to have that message there, besides wanting to have the customer go to Apple for their battery replacement or to get a new phone, which is exactly what they want," Ventocilla, said.

Ventocilla hopes Apple addresses the change, so they can continuing replacing batteries without features being dropped.

"I hope there will be enough consumer feedback to Apple that they will care about it, that Apple will choose to reverse it because we’ve gone this long without it, why do we need to have it," Ventocilla, added.

Apple has not yet commented on the findings.

In a letter to investors at the beginning of the year, Apple said the lower costs of iPhone repairs have been cutting down on the number of new devices being purchased.