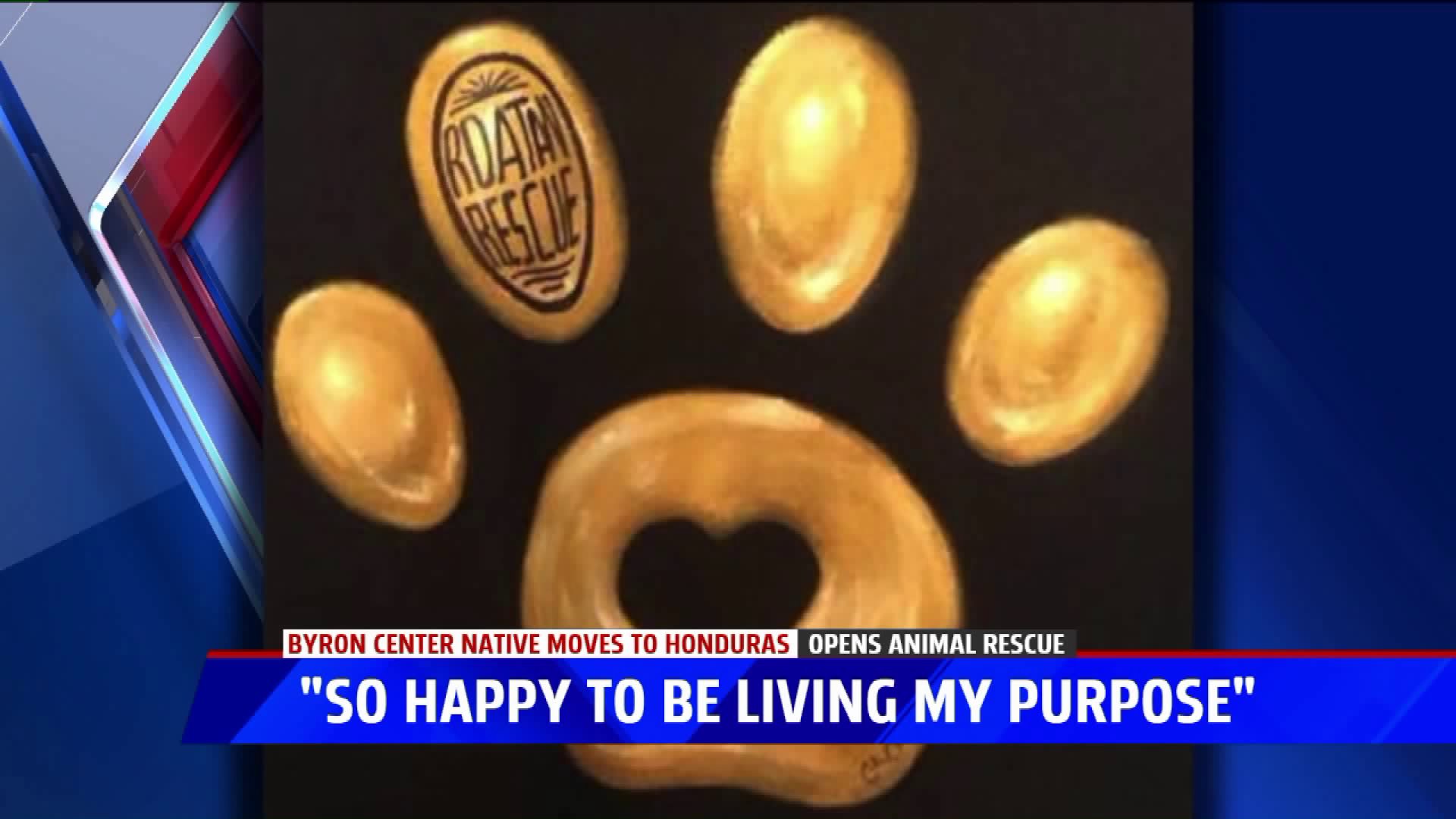 ROATAN, Honduras-- A woman who grew up in the Grand Rapids area has had her fair share of challenges over the years.

Now, after overcoming an addiction to painkillers, Janessa Baar is clean and helping change lives on an international level.

Janessa's addiction started when she was 25 and returning from a backpacking trip.

"I started getting these overall pains and back issues and they diagnosed me with Fibro and said I needed back surgery but [said] 'let’s try injections and all of this to buy some time you’re too young,'" Baar told FOX 17.

Those back issues eventually led to a dependence and addiction to painkillers.

"I must have tried to quit a thousand times," said Baar.

"By the time I went to rehab I was on Adderall and Klonopin to be off, muscle relaxers and the pain meds and I was on the fentanyl patches and high high doses of pain meds," said Barr. "My tolerance was so high I didn’t get that buzz anymore."

After an intensive treatment program, as well as relapse prevention, Janessa got off the pain medications and decided to follow her passion of helping animals.

After visiting Honduras for vacations in the past, Janessa and her husband, who had been living in Minnesota at the time, decided to move to the island of Roatan.

In December 2018, with their two pugs and cat in tow, they moved to the Central American island and that's where Roatan Rescue was born.

The rescue started with more humble beginnings, with dogs found being held at a local family's home.

"We sat down after doing food walks after a consistent month of food walks. We kept the food at her place and we had the dogs we had gotten at her house," said Barr.

Eventually, Janessa was able to secure some land, and they built structures and kennels there.

The rescue does education on things like ticks and heartworm, helps pet owners with medical expenses and brings in injured dogs off the streets.

"Mange, ticks, heartworm, the nose bleeds that won’t stop ," said Baar.  "It’s exhausting and it’s sad and happy and all of that."

The rescue currently has more than 30 animals in its care, including cats and kittens. Their goal is to get them into forever homes, preferably off the island. The rescue does do international adoptions, with families being asked to cover a percentage of the costs the rescue has put into an animal's care, as well as covering the travel expenses. You can see their list of adoptable animals here.

Roatan Rescue also does community outreach and helps sponsor local children to get them to school.

Janessa says, helping kids and animals has always been a passion of hers and encourages others to take risks to follow their dreams.

Roatan Rescue is run on donations, if you'd like to contribute to their cause, you can donate on their site.