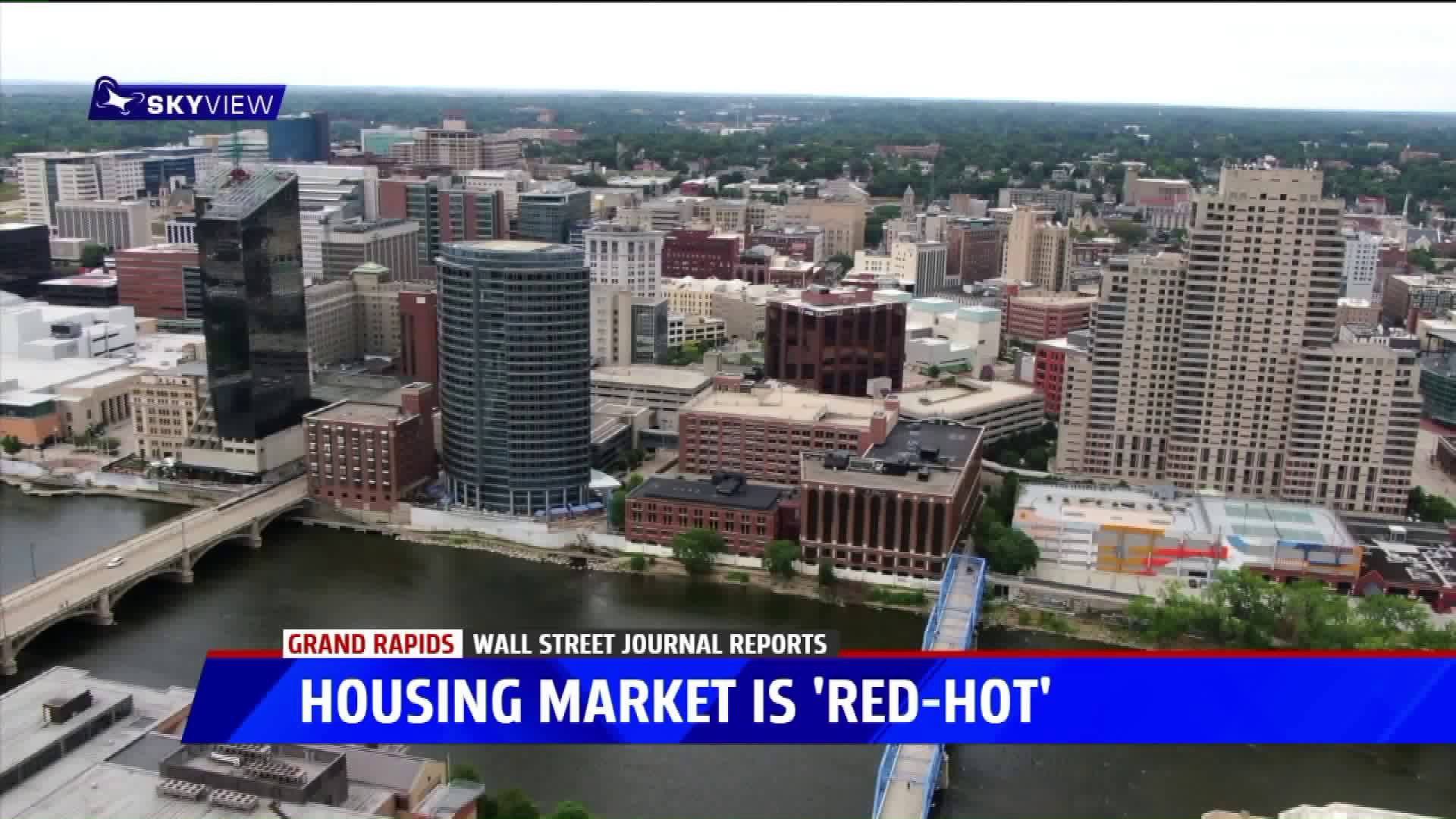 The Midwest is experiencing a real estate boom and Grand Rapids is at the center of it.

According to the Wall Street Journal, this spring, only 10 metro areas in the nation saw double digit increases in home prices, Grand Rapids led the way.

"We got a lot more people in our metroplex than we used to have," Realtor Tim Anders, said.

With that comes a greater demand for homes and less inventory.

"It's happened over the last few years actually there’s been a spike in pricing so everybody is getting a little bit more money for their house than what they were normally were getting back in the down turn obviously but even coming out of it," Anders, explained.

"We are still very affordable compared to a lot of other major metropolitan areas," Anders, added.

Affordability and the way of life are attracting more people to the growing region.

"Let’s be honest we live here because everybody is so nice we have a lot of nice people who are willing to help friends and neighbors," Anders, said.

"I just think the quality of life we have, we're an amazing food and beverage city as well, it's bringing a lot of foodies and beer people here, it's just great," Anders, said.

It's great but homes are selling like hot cakes, making it hard for a lot of people to get in.

"Anything under $300,000 generally goes off the market very fast, first week," Anders, explained.

On average, homes are on the market for a month a half, that's half the amount of time than just a few years ago.

"There’s a lot of competition for that price point so that’s what’s driving the prices up, but you can still find the houses. If you’re proactive and if you have yourself prepared to purchase the property then you will just get your foot in the door and you will have to work it out," Anders, added.