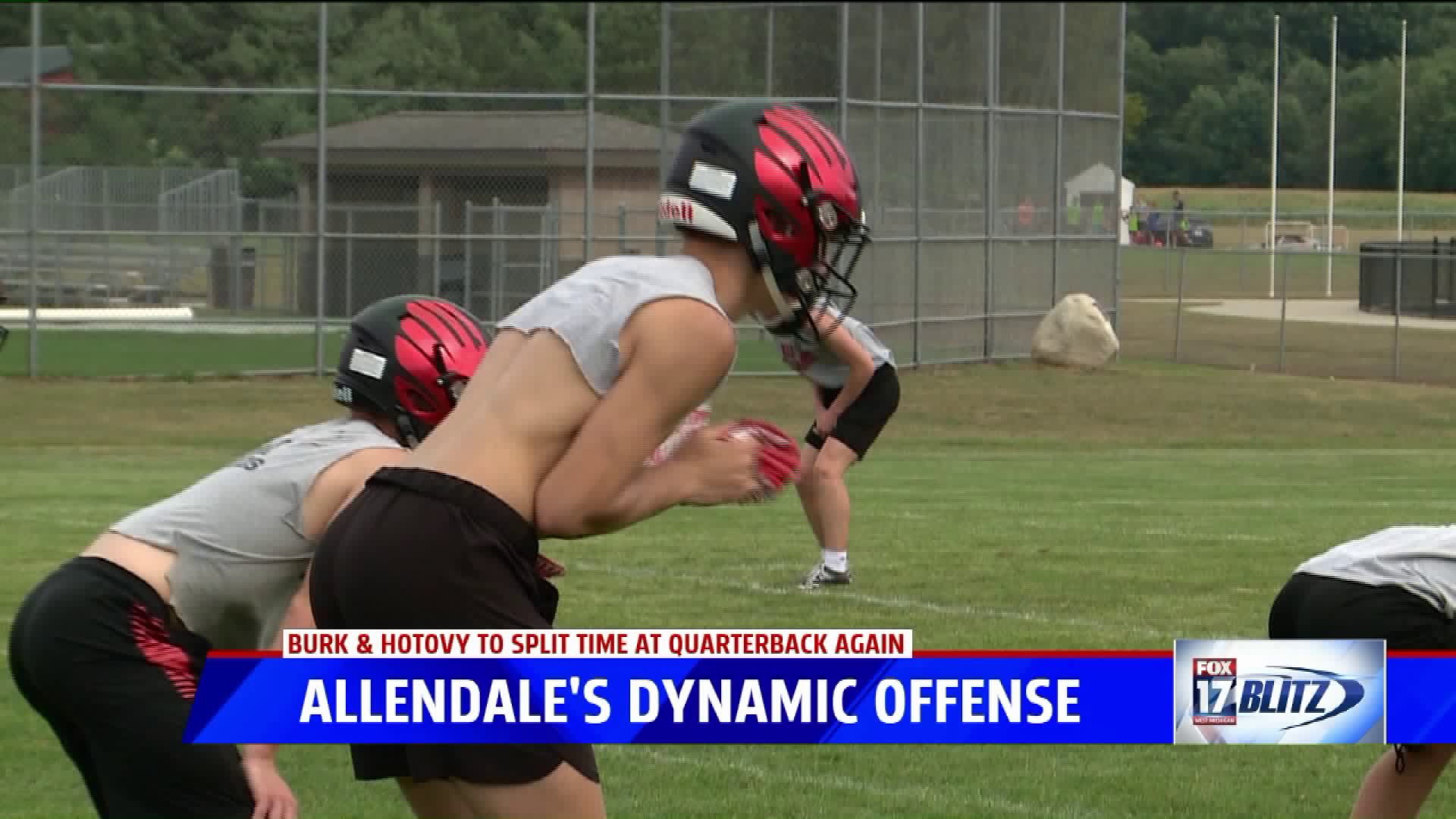 ALLENDALE, Mich -- The Allendale offense put up just over 36 points per game last season and the Falcons will return a lot of that production. Senior Owen Burk, who recently committed to play football at Air Force, will once again share the quarterback position with fellow senior Adam Hotovy.

"Everytime you move one kid, there's other kids that will adjust and move around," head coach Ben Burk said, "luckily, it's not just [Owen] that's a great player we have other really really good football players. They're smart, so they're able to adjust and make those adjustments and know three different positions."

Learning several positions is something Owen Burk is excited about.

"[It's fun] having to learn everything to a point where it's perfection at all positions where normally you just have one position and master everything at that position," added Burk.

While one is playing quarterback, the other will be at another skilled position, posing a threat to opposing defenses.

"It's fun because it messes with the defense a lot more," Hotovy said, "it keeps them on their toes, they never know what's actually coming and I feel like it works great for us."

Allendale will open the season against state champion Unity Christian on August 29.