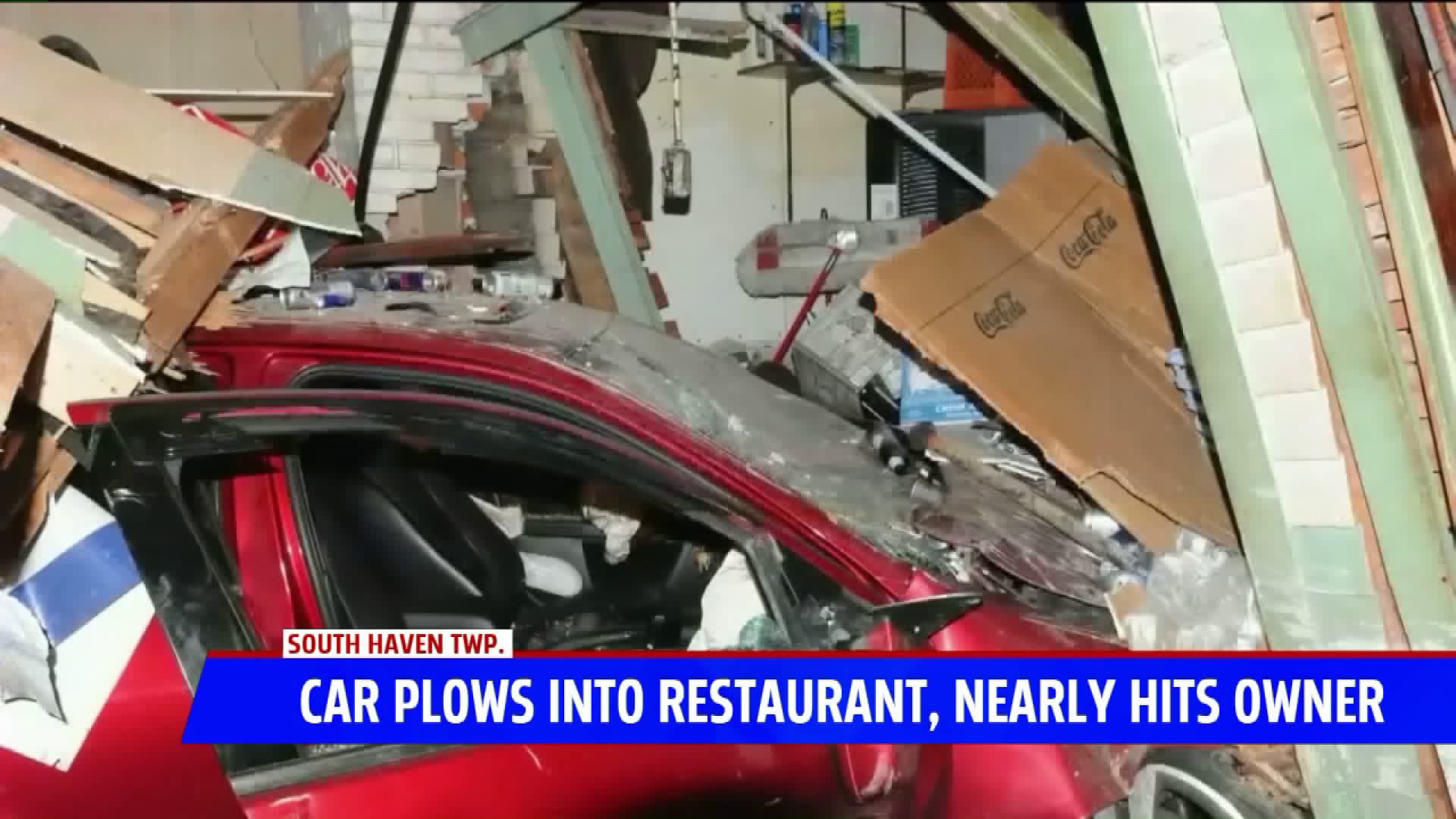 After the last customer left around 10 p.m., he went to the back and began cleaning up. Minutes later, he heard a loud “boom.”

“I’m doing dishes and I thought 'gas explosion,'” Capps said during an interview with FOX 17. “So I started to run, like get out of the building, and then three steps into it I realize ‘hey if it was an explosion, I’d probably already be dead.’ So I realized a car hit my building.”

He immediately ran outside and saw that most of the red, four-door car was inside the building, Capps said. He doesn’t know how fast the driver was going but he believes the person  went over the roundabout in front of the restaurant on M-43 and 12th Avenue.

“You can see by marks out there that he drove over the roundabout at a pretty good speed flew across it and then hit this second curb, took out a yield sign that launched him airborne into my building,” Capps said.

The tires never touched the ground, he said. Immediately South Haven Area Emergency Services responded to the scene and extricated the driver from the car. The driver was transported to Bronson Methodist Hospital in Kalamazoo.

Adjusters took a look at the damage at the restaurant Monday afternoon. Men were cleaning up the rubble, throwing away the debris and fixing the wall for several hours.

“I’ve got two support walls that are slightly moved and one's damaged pretty good,” he said. “The chimney that’s up there is broke on the ground. It needs to come down and be replaced.”

Capps said he doesn’t know how long the repairs will take or how much it will cost. However, he’s not going to let the incident get him down.

“I got a friend that always tells me it can always be worse,” Capps said. “And, he’s correct.”