DNR: No plans to move bear in Walker 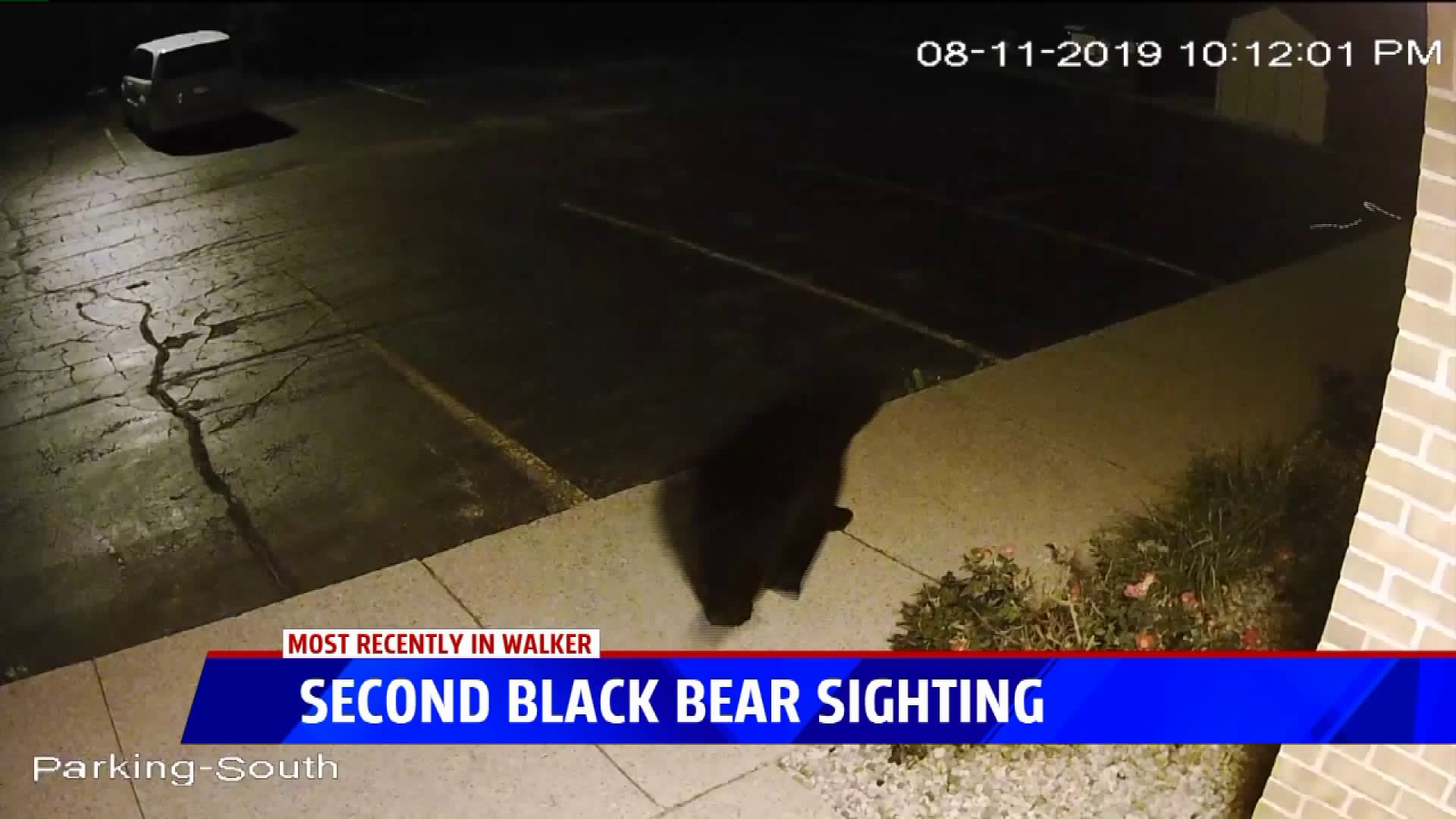 WALKER, Mich. -- A small black bear is becoming a common sight in Walker.

Over the past week, it’s been caught on camera several times, most recently Sunday night.

The Michigan Department of Natural Resources says they are not planning on catching the bear or moving it because it hasn’t caused any problems and it's best if people just leave it be.

"It seems the bear doesn’t really pose any imminent danger to the public, he’s not causing any destruction or approaching people or anything like that. The DNR says it's pretty difficult to track and trap bear in this situation so the best thing is just let him go, let him be and hopefully he’ll find his way home in the next couple days," Walker Commissioner Carol Glanville, said.

The City of Walker says residents just need to be aware and make sure they keep food, trash and bird feeders inside.

"It's just a wild animal we need to respect that, no selfies, don’t approach it, don’t try to scare it away and maybe just keep your garbage can in the garage," Glanville, added.

Police say, there’s no need to call 911 if you spot the bear, unless it’s posing a risk to your safety.

The DNR says bear sightings are likely going to become more common in the area, as the population grows statewide.