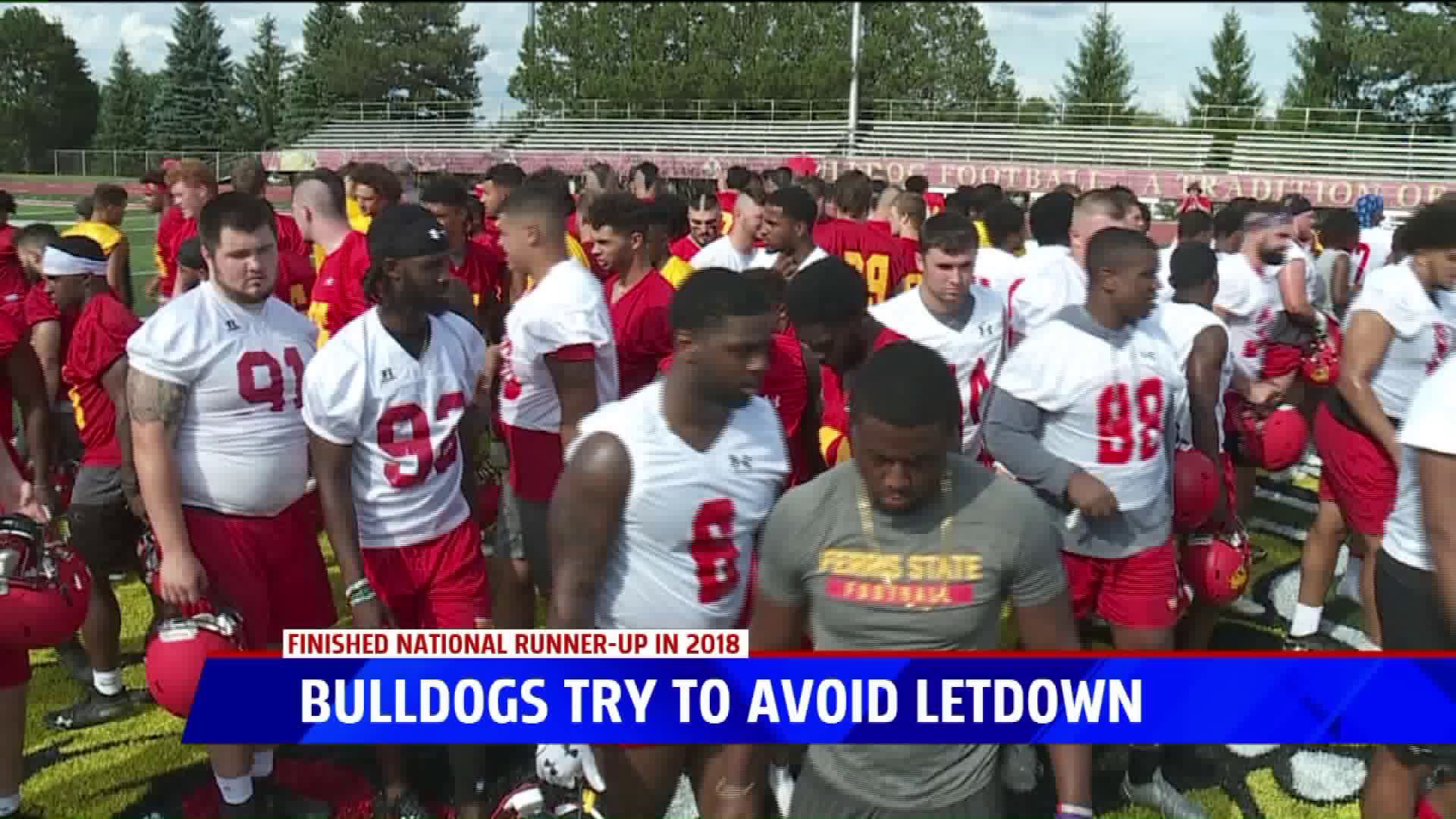 BIG RAPIDS, Mich -- Ferris State football began the 2019 season on Monday with the team's first practice. The Bulldogs return 19 starters off of last season's national runner-up team and are picked to win the GLIAC again this fall. Despite that, head coach Tony Annese is focusing on avoiding a letdown.

"That's the enemy, that's the enemy of success, complacency or feeling like you've arrived," Annese said, "entitlement and that sort of thing and we're not going to roll with that. We've got too many great players who have high character and do everything the right way and so I'm pretty confident that's not going to creep up."