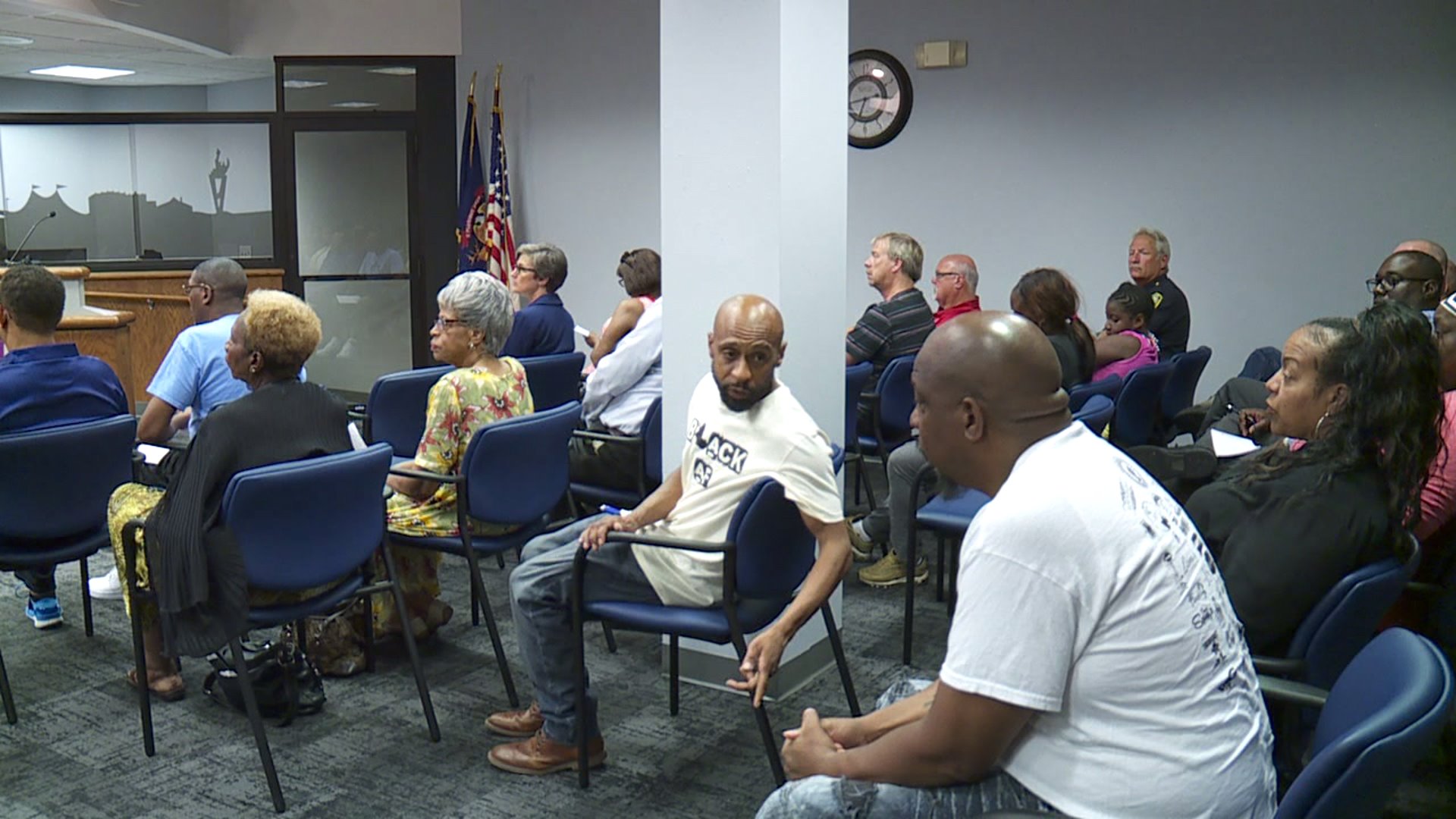 MUSKEGON, Mich. — On Tuesday, community members in Muskegon addressed city leaders after a police officer was placed on administrative leave for having a KKK item in his home.

The city can't comment on the issue directly because officer Charles Anderson is under active investigation. That didn't stop members of the community from speaking their mind at the city commission meeting.

Now, the community is demanding for a thorough double-check into officer Anderson's history with the department.

"Check and see if there are any offenses on his record," said one community member during public comment.

Reyna Mathis and her husband found the item while touring Anderson's home, which is currently up for sale, and posted it to Facebook. Now it's been shared thousands of times. Tuesday night, she asked the city an important question.

“If there’s an investigation going on — no one has contacted my family or myself. I just wanted to know why, why we haven’t been contacted,” Reyna Mathis said.

Davis spoke on behalf of a group of people, all demanding change, starting with an apology from the city.

“They know that we’re not going away. This isn’t something that’s going to be swept under the rug. It’s not just going to be excuse after excuse. We’re going to hold them accountable,” Davis said.

Others at the meeting echoed that sentiment, saying there is no excuse for what they've seen in the last week.

Former city employees also claimed Tuesday that officer Anderson used to drive his truck to work at the city with the confederate flag displayed on his personal vehicle. Similar items were also seen in his home.