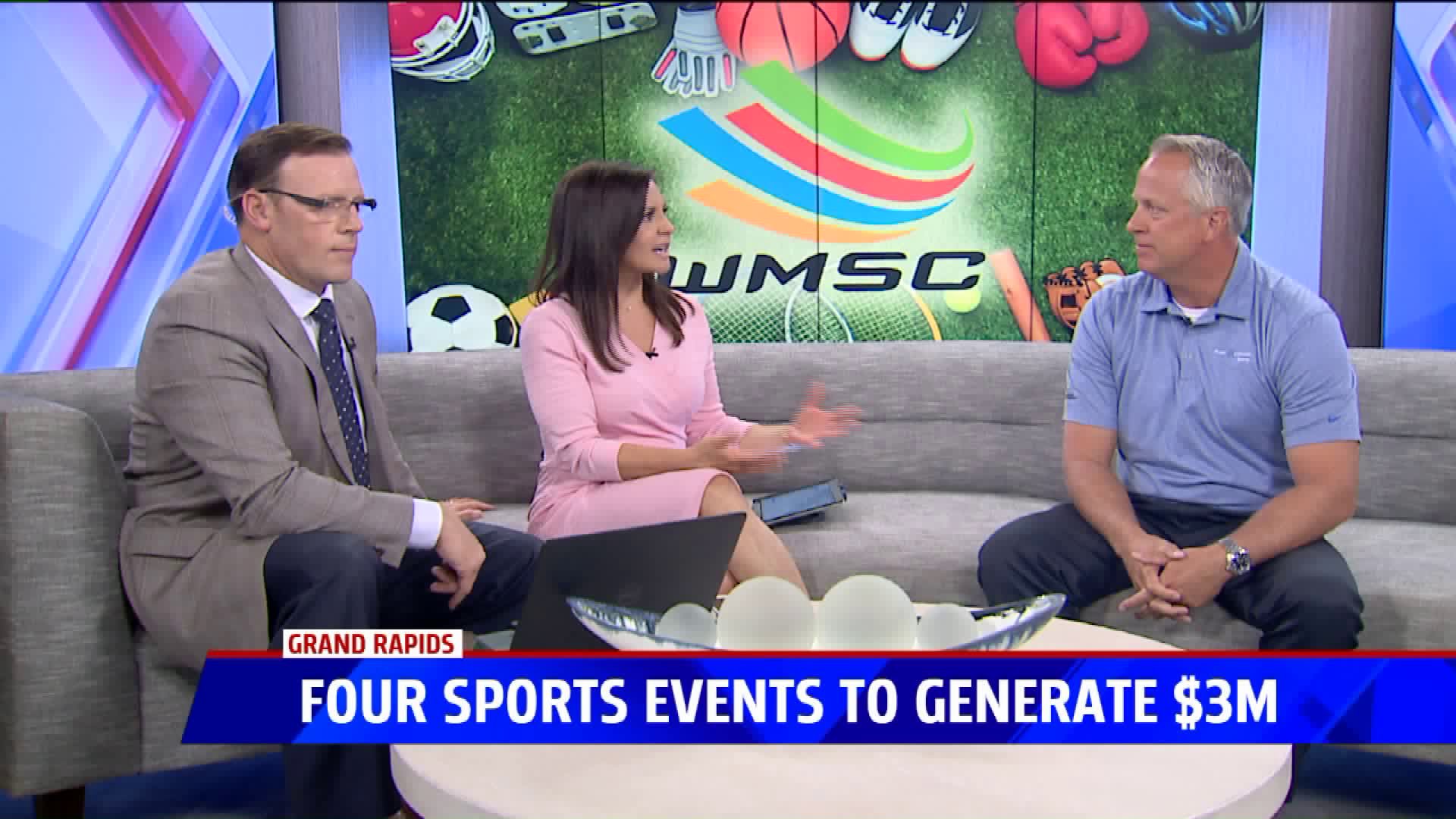 GRAND RAPIDS, Mich. --This month, Grand Rapids will host four national tournaments in the sports of BMX racing, rowing, and softball that collectively will attract thousands of athletes and spectators from across the country and world and generate $3.3 million in estimated economic impact, plus fill 3,817 hotel room nights. And three of the four tournaments are a first for West Michigan.

The national events include:

“Grand Rapids is a favored destination for hosting national sporting events, as is evidenced by our August schedule jam-packed with national championships,” said Mike Guswiler, president of the West Michigan Sports Commission who bid on, won and is hosting these events in collaboration with the national rights holders.

“Sports tourism is alive and well in West Michigan, and this summer’s lineup of championships drawing national and international athletes is a strong case in point.”