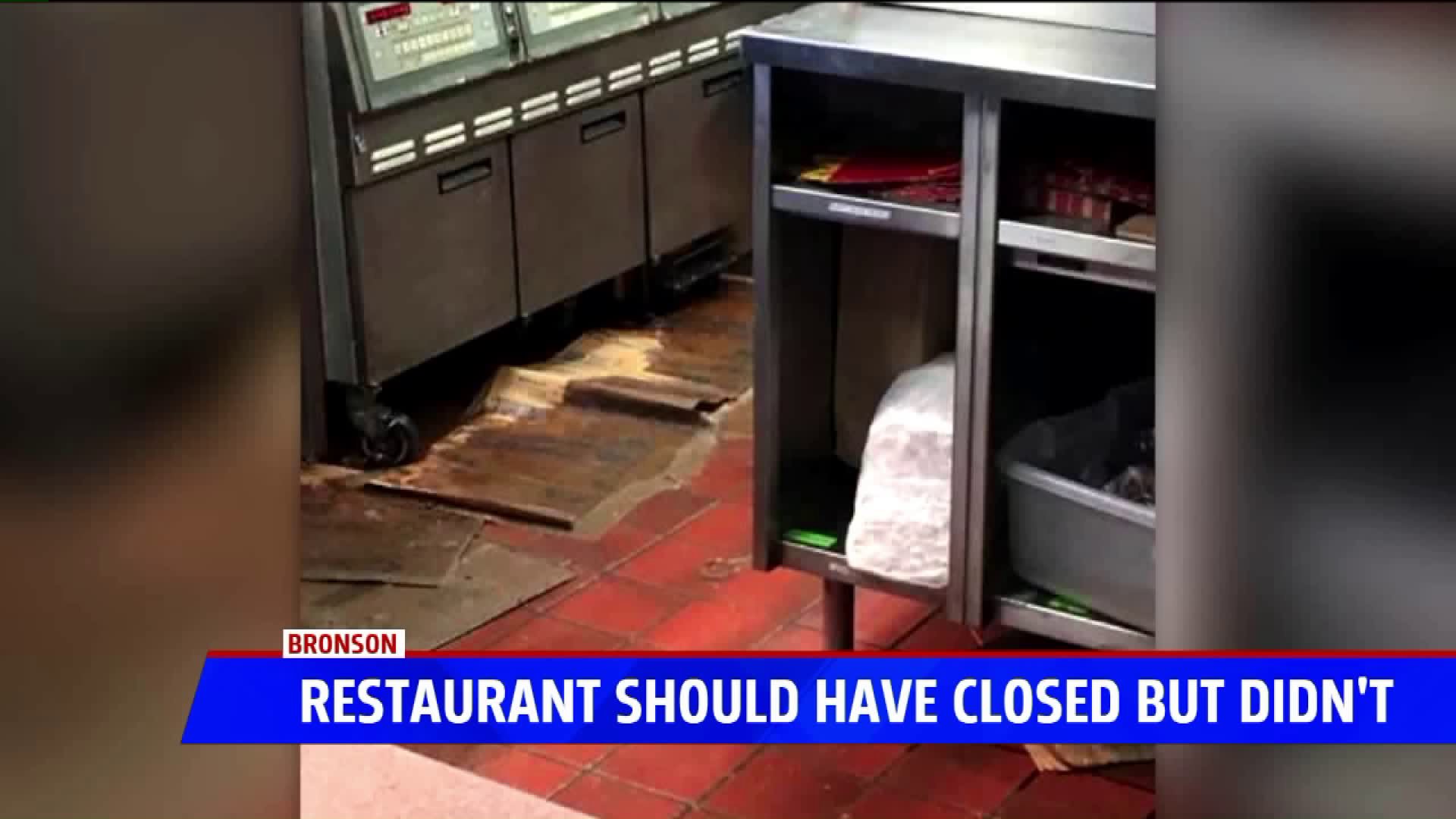 BRONSON, Mich. — A local health official said that the “sewage” captured on video by a customer at the McDonald’s on US-12  was actually a grease spill.

“It wasn’t fecal material, which a lot of people when they think of raw sewage backing up they think of fecal material,” said Paul Andriacchi, the environmental health director with the Branch-Hillsdale-St. Joseph Community Health Agency. “But anything that backs up in a drain pipe, comes up in the facility, is considered sewage.”

Andriacchi said the McDonald's should have closed to clean up the spill. However the agency didn’t know about the incident until Monday morning. Immediately they sent a sanitarium to the McDonald's and began an investigation.

“The way it was explained to us, the company had a pump company come out to clean out their a grease traps. It’s something that they do every couple of months,” Andriacchi said. “In the process of cleaning out the grease trap one of them was rather full and it spilled over.”

The spillover is what customer Steve Littley saw on Sunday when he went to the McDonald's. He said there was cardboard all over the kitchen floor, flies buzzing everywhere and a stench so powerful outside that he and his friend “didn’t want to take the next breath.”

“At that time we decided that I had lost my appetite. My buddy lost his appetite,” Littley said. “So I took the food back in and kindly asked for my money back. And the cashiers behind the counter were very polite.”

After returning his food, Littley decided to take a video of his experience, he said. He wondered why they didn’t close.

“At that point they should’ve closed down,” Andriacchi said. “Not only does that create potentially unsanitary conditions but also it creates a hazard to the employees.”

When Andriacchi spoke with the owners, he said they told him they felt the spill didn’t “meet the definition of a sewage." He assured them it did and that in the future it’s been to stop serving customers and close their doors.

“We made sure that they understood that point and they did,” he said. “They were going to pass that information along to their staff.”

The owners of the McDonald's provided this statement on the matter:

“We appreciate the health department’s support and review as we took immediate action to resolve this matter."