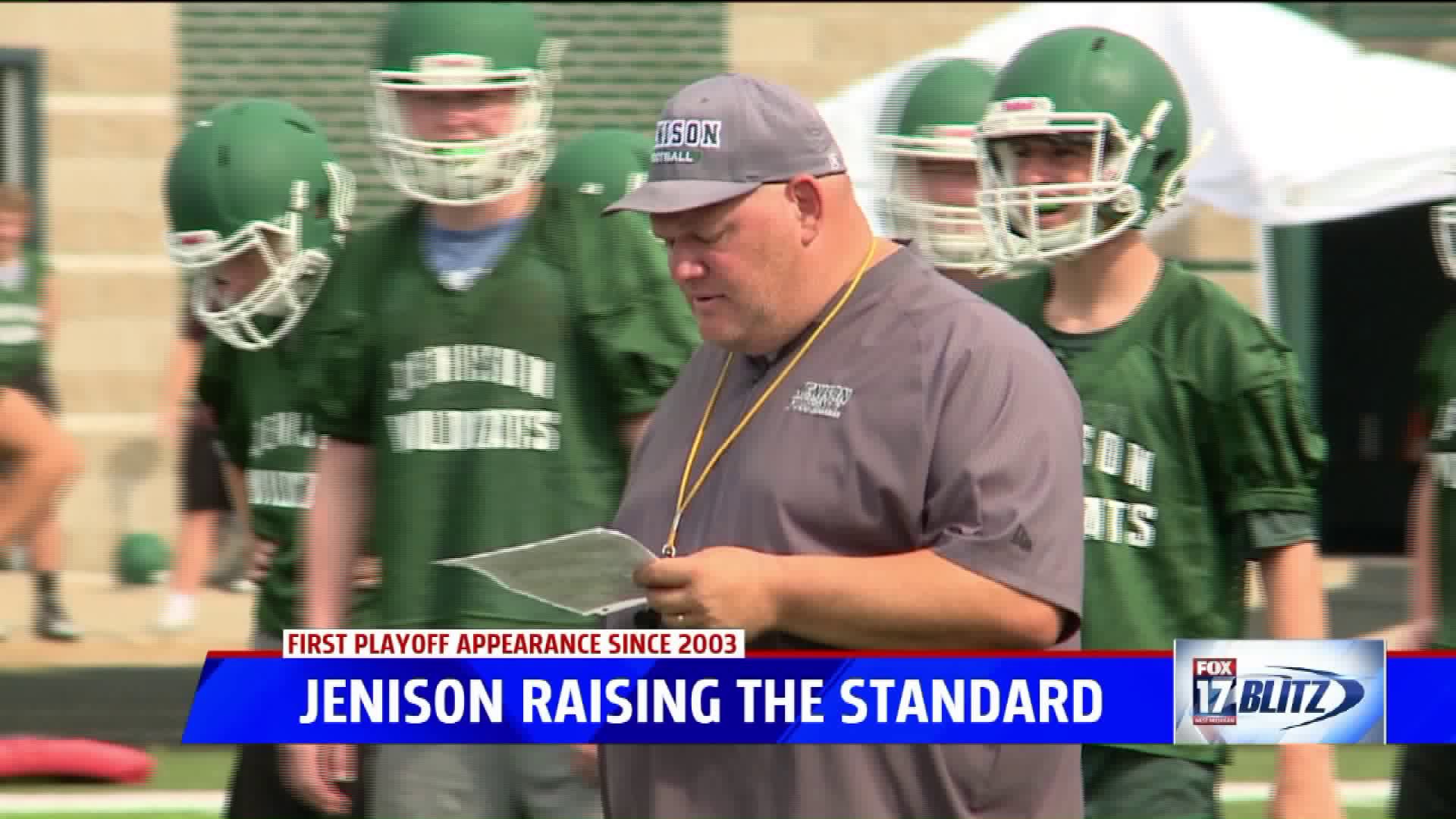 GEORGETOWN TOWNSHIP, Mich. -- The Jenison Wildcats are coming off of their first playoff berth since 2003. In Rob Zeitman's first season at the helm, the Wildcats finished 7-4 and defeated Traverse City Central in the opening round of the playoffs.

Now, the team realizes expectations are on the rise.

"We can't focus on 'Jeez, we were 7-4 last year, we need to be eight, nine, 10, 11, 12, whatever it is this year,' no," Zeitman said. "We just need to focus on ourselves and getting better every single practice and every opportunity we have. Hopefully, the wins take care of themselves."

Now in his second season, Zeitman has raised the standard for the program already.

"Coach Zeitman came in, and it was a spark," senior quarterback and linebacker Caden Beurkens said. "Everyone kind of clicked right away, and it took off from there. This year, I feel like we have more of an advantage because everything we learned last year was fresh, and we just clicked and found it. Now, we're progressing faster than we were last year."

The returning players are building off of last fall's postseason run and building confidence.

"We expect to get just as far and maybe even farther than we did last year, so we've definitely raised the bar," said senior linebacker Andrew Medley.