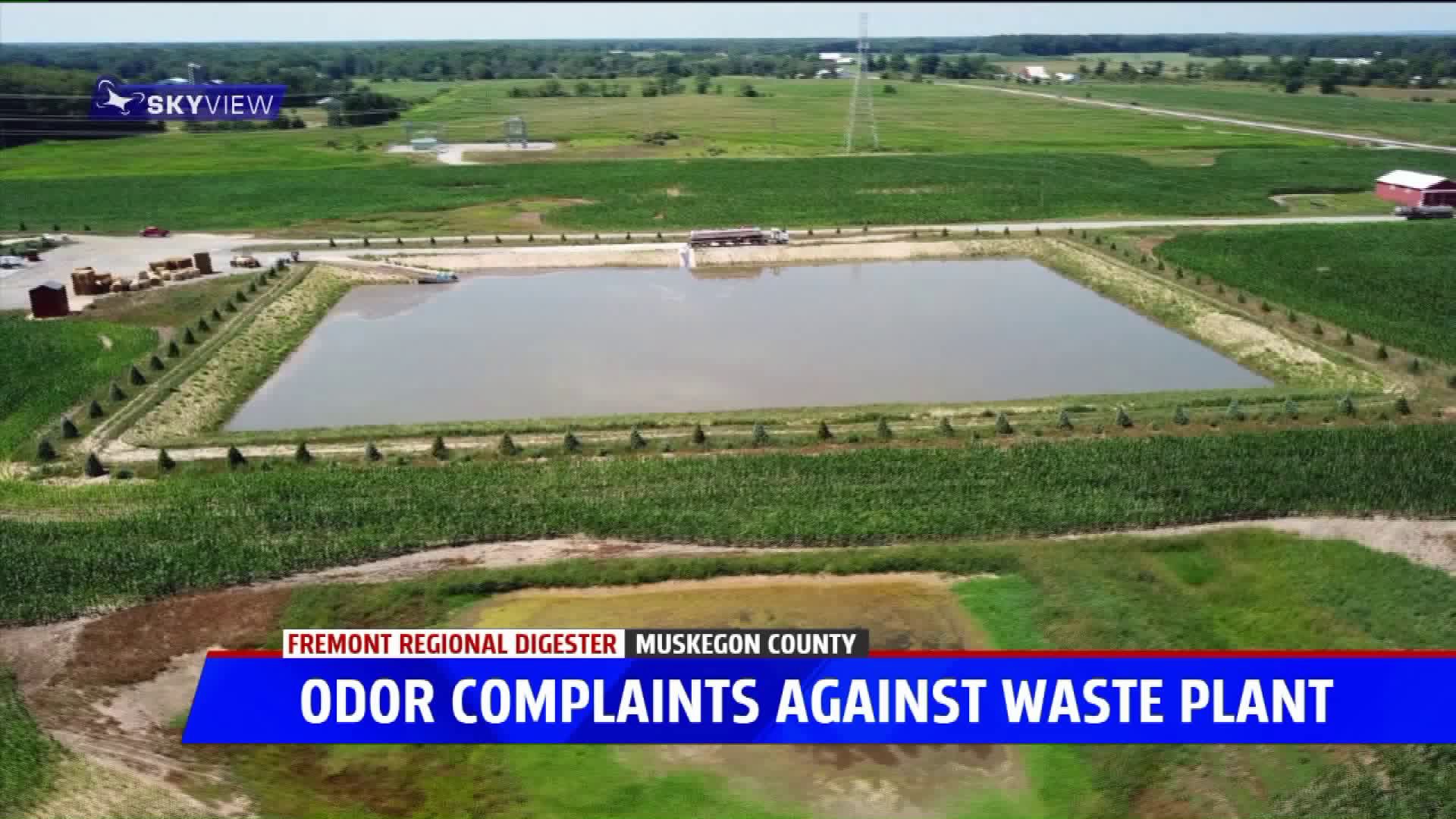 HOLTON TOWNSHIP, Mich. -- Property owners in parts of Muskegon and Newaygo Counties have a smelly problem on their hands. They say a waste facility is letting off an unbearable stench at a couple nearby lagoons.

Paul Frens said the stench from the lagoons makes its way to his home just over a mile away. He said it all depends on which way the wind blows. He said the facility in Fremont also leaves an unpleasant odor in that community.

"I've often made the comment that if I don't smell it it doesn't mean that somebody else isn't because somebody is, and it's been strong enough that there have been times that I can't come outside and do things outside," he explained.

Frens added, "And that includes letting my kids play."

Fremont Regional Digester, a business that turns waste into energy, installed two lagoons in the past couple of years at a property in Holton Township. Leftover waste is shipped to the lagoons where it further breaks down and can be used as fertilizer. Frens said he's lived at his current property for more than two decades, and the lagoons came as a surprise.

"The way the permit was written they only had to notify people who were 500 feet from the property that was on. Coincidentally or conveniently, there are no houses that close to it. So they really had to let nobody know," he said.

Frens and his wife aren't alone in their frustrations. During their fight for solutions, the couple started a Facebook page which is filled with complaints from people who feel the company takes their concerns lightly.

"The digester really doesn't seem to take people's lives into consideration on this. There's been a lot of lip service, but there hasn't been a whole lot of action," Frens said.

An employee at the Fremont Digester directed FOX 17 to the company's website where their "lagoon odor control plan" is posted. The state required them to come up with the plan.

The company said two treatment plans were started July 23 and that they understand the odor still isn't at an acceptable level yet. So they're working to continue to reduce the smell with additional treatments. The company claims to have seen progress last week.

The meeting, hosted by the Michigan Department of Environment, Great Lakes and Energy, is Thursday night at 7 p.m. at the Holton Township Fire Department.